Have Kong Will Travel

﻿
When the Prez was down in Virginia getting the third trip, I called to see how things were.  "Guess what?" he said.  "I found Copper's Kong!"  When I asked where he'd found it he told me it was on the hill where they used to go you know what.

When he arrived here with the trailer full, out of the back seat of the truck it came.  Of course Moon and Copper were anxiously waiting to greet the Prez.  Copper and Moon have never been dogs when it comes to toys.  They'll settle for anything when it comes to play.  Sticks work just fine once they modify them a little.

However, when Copper saw what was heading in his direction, his tail was wagging so hard and so fast, he even let out a few joyful yips which is unusual since he, unlike Moon, is not a vocal dog. 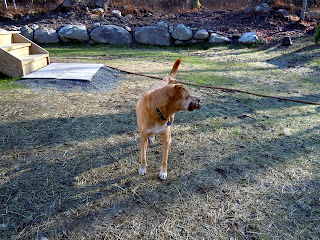 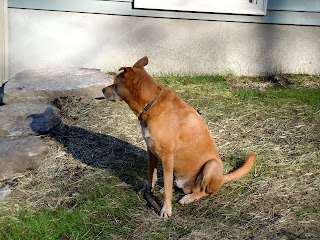 Even Copper needs a little rest now and then and so does his stick.  You should see the stash of sticks he has right outside his "condo."

However, when I was out in the yard taking a few pictures, look who has now found a spot in what I'm hoping will be perennials...and look what he's got with him!!!  He hides it in his crate...way in the back!. 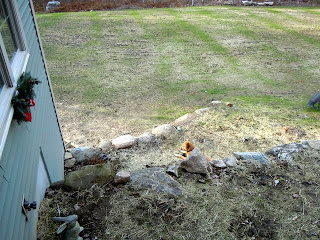 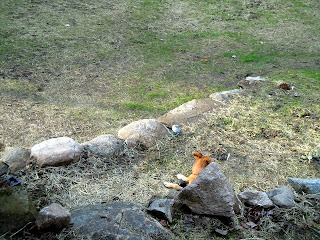 We're down to one Kong for him now where in Virginia we had two...an everyday and a "back-up."
I guess I know what Santa will be bringing him this year!!
Email Post
Labels: Copper Dogs Gifts