Fun in the Forest

By three o'clock Friday afternoon I was beat even though I hadn't gone to the gym that morning.  My builder had called Thursday night and asked if the Pres would be around.  They had talked about cutting all the dead cedars in the woods, pulling them out with the ATVs, then running them through a commercial chipper we were renting.

And that's just what they did.  Cutting down the dead trees and hauling the fallen ones out all day, they were pooped.  However they ran out of time.  They worked right up until five and then our builder headed out to rent the chipper with plans to return Saturday. 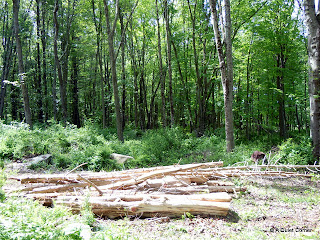 The beginning of the pile of trees that they dragged out of the woods.  I even carried one to add to the pile!  OOPS!  I forgot...no...no...that's a herniated disc waiting to happen! 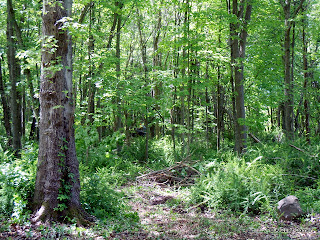 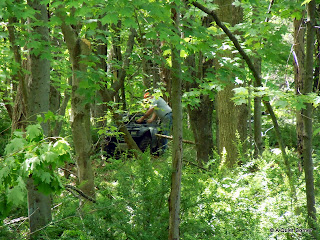 Occasionally the Pres would get the logs he was dragging hung up on something along the forest floor making him stop and re-distribute the weight he was pulling. 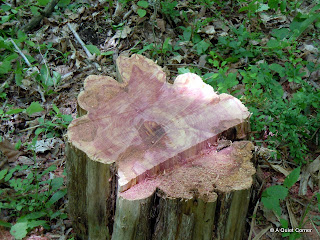 Counting the rings on this cedar, I was not surprised that there were fifty! 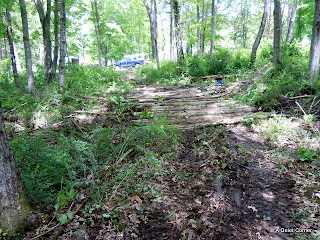 Now this was a tad creepy...cool...but scary.  It's our makeshift bridge that crosses the creek running though the forest. 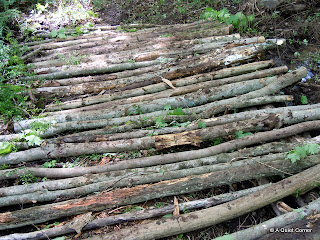 Yes, I snapped a few shots and even ventured into the thick forest on the ATV.  However I decided that I had other places to be that afternoon.  After all, it's not always about them! 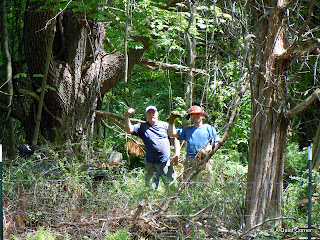 I had places to be and people to meet so I hopped in the Mini and headed down the gravel road.

Yep...sometimes life is a lot of hard work but now it was time to play!

Texan said…
That taking down dead trees is a huge amount of work. We have been doing some of that. Sadly we have 100s that are dead :O(. Last year really took a toll. Then to boot Texas is experiencing what the state Forestry dept says is called Oak decline, Huge oaks and small oaks are loosing their lives at a very fast pace to it :o*(. Its so sad to see.

Nezzy (Cow Patty Surprise) said…
Now that's a job and then some for sure!!!

I loved your creepy...cool...scary makeshift bridge. I'm a bit twisted like that! Heeeehehehe!

Angela said…
I look it when there is work going on on our farm! So I would have had fun watching, I mean supervising, them! hehehaha Neat pictures and hard work!
May 22, 2012 at 10:17 PM

Nancy said…
How do you all keep from getting ticks? I get them just working in my yard or walking in the woods. I have added your blog to my Blog List so that it shows on my page.
May 23, 2012 at 1:07 AM