The Pine Tree: A Story 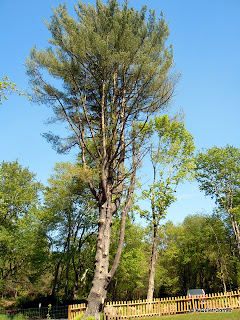 Once upon a time there was a big huge pine tree that lived on a ridge in the forest.  Then one day a handsome, yet personable, young builder decided he was going to build a house on the same ridge.  He did just that, respecting the beautiful and magnificent pine and to his delight, a wonderful couple from Virginia bought the beautiful home he'd built.

The new owners, an old man and woman, looked out at the tall massive pine tree standing erect, it's branches swaying in the heavy winds during the winter.  When Spring came, the big tree was as glad to feel the sun warming it's massive trunk as the owners were to know they could now begin working in the yard.

Now, the new owners decided that one of their favorite benches would look awesome right under the tree.  After all, the family of rabbits was close by nestled among the ferns at the base of the pine and it only seemed fitting that this old wooden bench would be a good fit.

One sunny afternoon, the old woman decided that she needed to sit and relax on the bench beneath the big pine.  Swinging her bare feet up onto the bench she sat patiently waiting for the builder who was planning on stopping by. 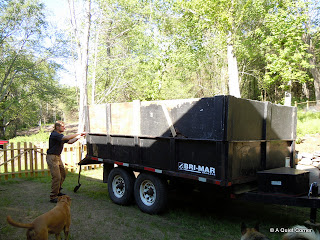 And so it was.  The young builder maneuvered his truck up the gravel road and into the driveway pulling a trailer carrying some of his best top soil so the new owners could continue working on the "yard that isn't...yet."

Something was wrong.  When the woman went to get off the bench, she felt something sticky on the bottoms of her bare feet and the back of her jeans.  Yep...she had sat in sap...put her feet in sap and was all sticky!! 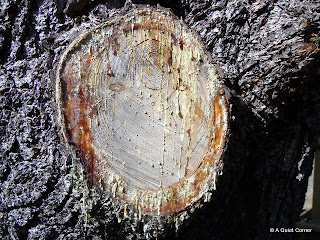 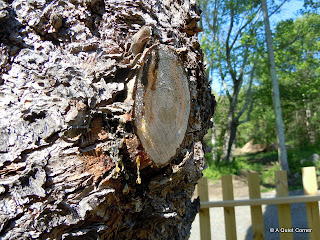 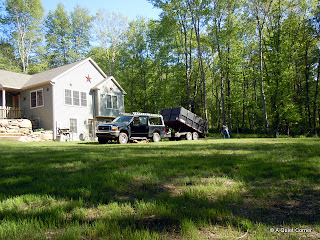 That afternoon, as the old man and the young builder continued to spread the soil, the old woman moved the bench...

just a tad further away from the pine tree.

Unknown said…
This reminds me of The Giving Tree. I loved it - sap and all!

we have some benches built onto our deck corners. they 'seep' some of the sap or finish and i often get that same predicament.
May 18, 2012 at 10:32 AM

Ann said…
This reminded me of when I was little and I was playing under the pine trees in my grandparents yard. I was introduced to pine sap in my hair. Boy was my mother mad at me....lol
May 18, 2012 at 6:57 PM