There's a wonderful museum of Natural History here in Connecticut.  It's Yale's Peabody Museum  and only located a few hops, skips and jumps away from us.  So on Tuesday the Pres and I met my son, his wife and their three year old to take on Natural History! 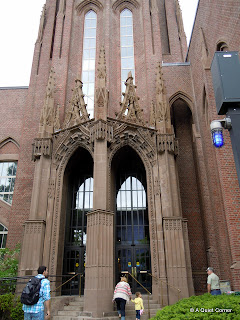 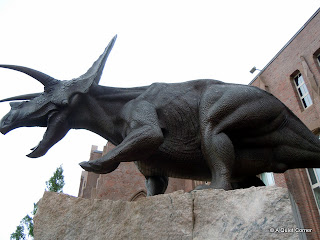 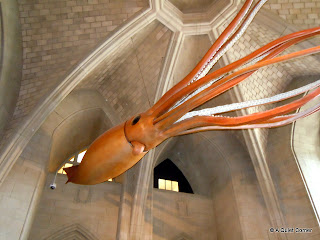 After following the footsteps on the sidewalk of the "T-Rex, " we all were excited to see the Squid suspended above us in the foyer. 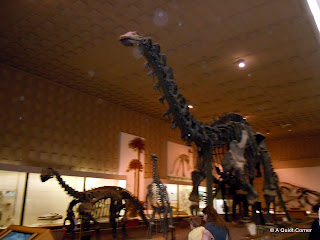 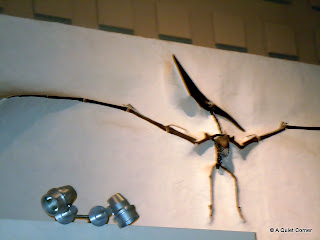 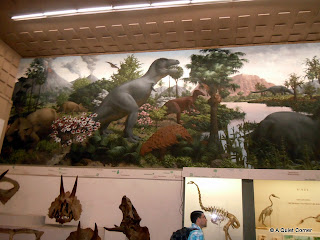 The murals are as magnificent as the exhibits!

Of course, Mia (age 3) was anxious to move to the next room once we examined all the fossils. 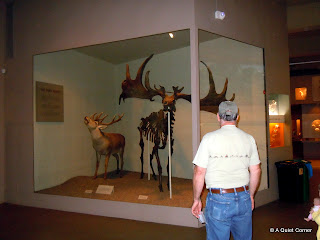 While Mia called out, "Grandpa, Grandpa come quick" , the Pres seemed mesmerized by the size of the rack on this moose. 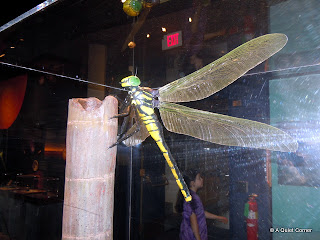 We seemed so small...so insignificant...compared to all these creatures of long ago.  Mia kept urging me to move on with her, examining the more modern day predators as well as their prey. 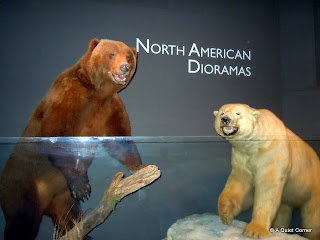 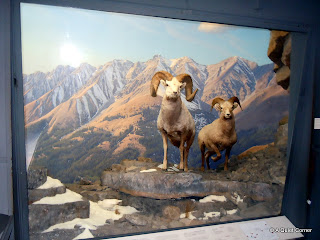 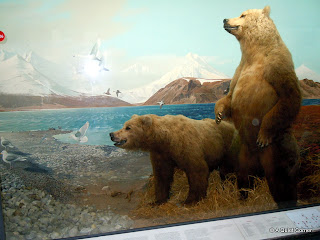 The day was awesome!  However, the BEST part was when, after asking Mia if she liked the museum, she said, "Not really.  Nana, I really want to feed the dinosaurs.  They all turned to fossils so I can't feed them.  I want to go somewhere to feed the dinosaurs."  After a feeble attempt to explain how the fossils were put together so we could imagine how they looked, she asked, "Nana, can you find just one for me to feed?"  While I tried to figure out how to answer that one, her Mom took her to the Gift Shop.  She came out sporting this... 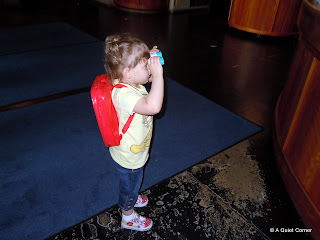 a backpack containing her very own Veterinary Kit (which is what she says she wants to be when she grows up) and her very own binoculars because she could "watch the birds like Nana does," which is what she said.  But, between you and me, she got more of a charge watching the woman at the front desk through them as we prepared to leave!

Unknown said…
This completely warmed my heart. I called my grandmother Nana and she was known for "her birds." Every time we see a cardinal in my family we know Nana is with us. Your grandaughter is brilliant to start doing this with you at her young age. All the women in my family are know avid bird watchers and it was all because of her. Thanks for allowing me to remember her and honor her again this morning. I think I'll take my coffee outside and go watch for Nana.
May 20, 2012 at 9:15 AM