He'd told me that there are a lot of people that come out first thing in the morning.  In fact, they are out on the water around six AM.  Deciding it was something that I wanted to do, I set my alarm the night before...just in case I overslept.

I have to admit, I'm getting pretty good at gathering up my stuff in preparation for a day of kayaking so I did what I could the night before.  I made up a sandwich, an apple and two 26oz water bottles but no protein bar because I've learned that protein bars coated with chocolate are not a good choice ...unless you put them in a cooler!

Speaking of coolers, did I tell you about the awesome one I found at TJMaxx?  Priced at $12.99, it seemed to be calling my name as I entered the department.  Thus far, it has worked out very well for the outings to the beach.  I wondered if it would fit nicely tucked under the bow and thought today would be the test. 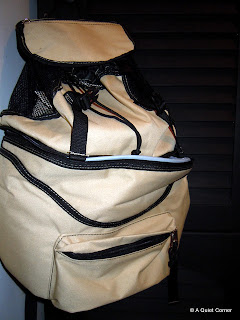 Parking the Wrangler in the shade not far from a water's edge, I walked down to the water to see whether or not I'd need to use the wheels to get the kayak down to the water.  Since I've done well with getting my shoulder under the padded rim, I knew I'd be able to, once again, carry it.  That's just what I did.  Then, gathering the reminder of my gear and placing it in first, I lowered myself into the seat and scoot, scoot, I was in the water. 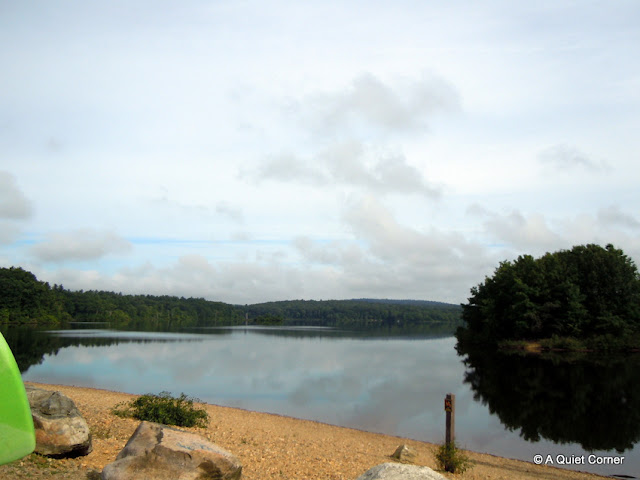 My first thought always seems to be...God, this is beautiful!
Look at the reflection of the clouds in that water!  I was so excited about this picture!!!

As I got out onto the water, I watched curiously as two men placed their fishing boat in using the boat ramp and wondered where they would fish. 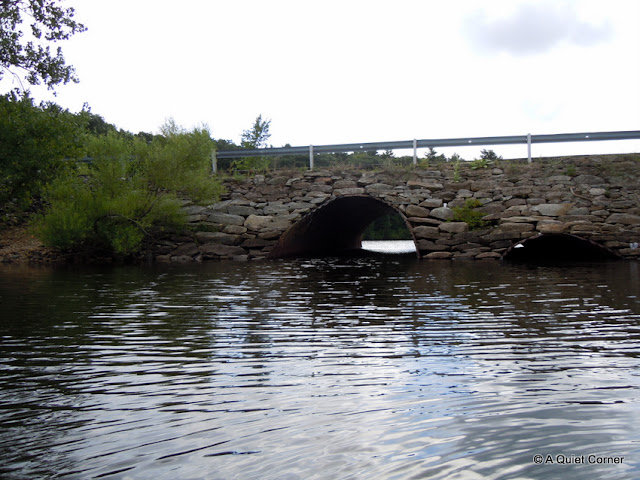 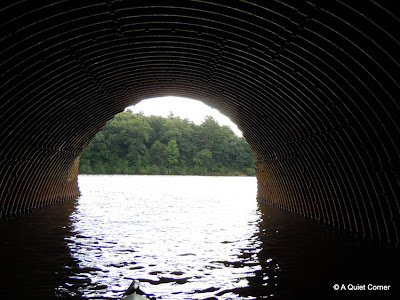 Deciding that I would explore yet another facet of the lake, I headed through the tunnel only to find more fishermen.  That's not a bad thing, mind you, because the speed limit is only 8mph.  Besides my plan was to explore one of the two rivers that flow into this section. 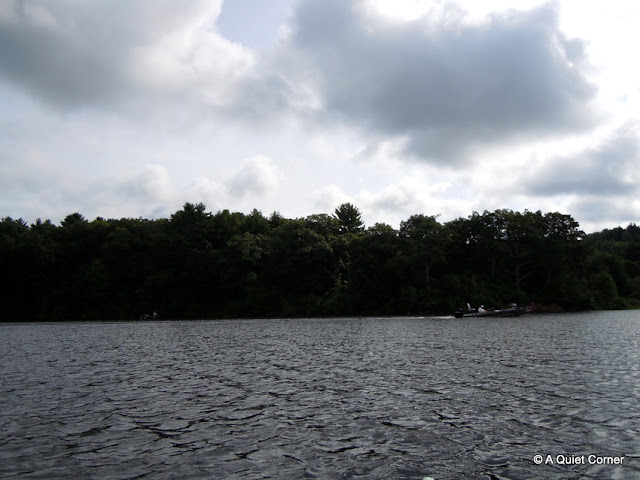 It was overcast and cool and decided that next time I would pack a wind breaker.
Then paddling on past the boats, it seemed I had a section of the lake all to myself...for a while.


But, as you can see, not everyone comes to the lake to kayak.  This young man had his older dog, who doesn't like to swim he said, and his new pup who absolutely loves the water so he brings him regularly! What's really nice about this is that when you want to stop, you stop, place the paddle across the kayak and drift...draping your arms over the side letting the water run through your hands.  It's so relaxing...using all your senses to take it all in.  To me, even a dead tree has curb appeal! 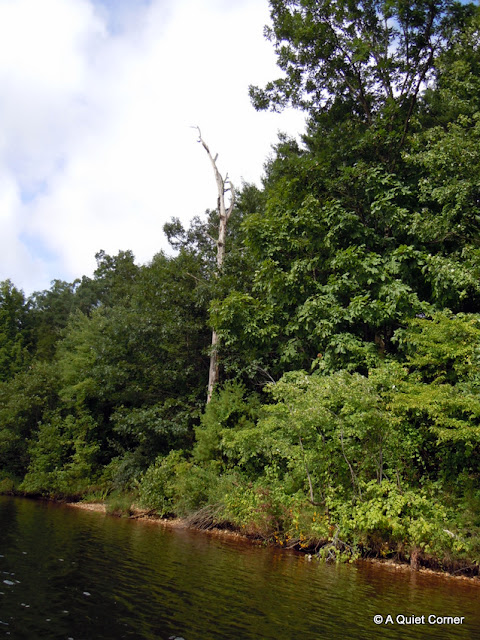 Early morning is the best time for me so far...except for one minor thing.  I had focused so much on what to take and what not to take and on being quiet so I would wake up the Pres that I left the house with only a yogurt in my stomach!  I forgot to eat breakfast!!!!

Needless to say after a few hours of being out, I began to feel lightheaded and nauseous.  Nibbling on the Granny Smith I'd brought and sipping on my water, I decided that I'd better turn around and begin the paddle back.  The river would have to wait for another day.

Oh, I managed just fine but once on shore, I broke into the peanut butter and honey sandwich I'd brought along.  It not only hit the spot but gave me enough energy to hoist the kayak up onto my shoulder and carry it up the hill to the Wrangler.

As I sat in the driver's seat and finished the second half of my sandwich, I watched a woman pull in and unload her kayak.  I think the conversation began about the wheels she was using.  Anyway, she (61 and a teacher AND a kayaker for a long time) and her friends come out on a regular basis.  They asked for my number.

Bottom line:  Mornings are the bomb!
I do plan on going out at sunset though...at least once.
I have to.
I still have to explore the rivers too!

Ann said…
Mornings are always a good time to get out. It's still quiet, not too hot and so relaxing. If only I didn't have to spend 5 mornings a week going to work
August 3, 2012 at 7:50 AM