What Kind of a Day Is It?

There’s only a few thing that come between the gym and I.  One of them is helping the Pres put up vegetables.  It was just last Friday that we knocked out three cases of tomato sauce so I skipped the gym.  With that all stacked neatly in the utility room, Sunday afternoon we were at it again because I really didn’t want to skip Monday too.  Sunday however, we felt like doing something a little different.

While the washing and cleaning took place in the kitchen with our new slicer, we decided to move our operation out to the deck and use the side burner on the grill for the cooking.  It was the Pres’ idea so I wouldn’t have as much clean~up to do when we were done!!  Sweet…

As usual, our jobs remained the same.  He floured and dipped the slices in egg.  I was the fryer ensuring each slice was tender and golden before removing and placing on the platter.  Although we only had four eggplant we got three gallon size zip~lock bags filled.  This year, the eggplant were perfect...not seedy at all...so I know it will make some awesome eggplant parm! 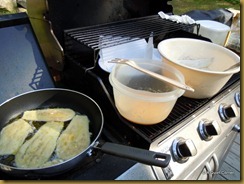 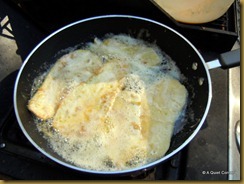 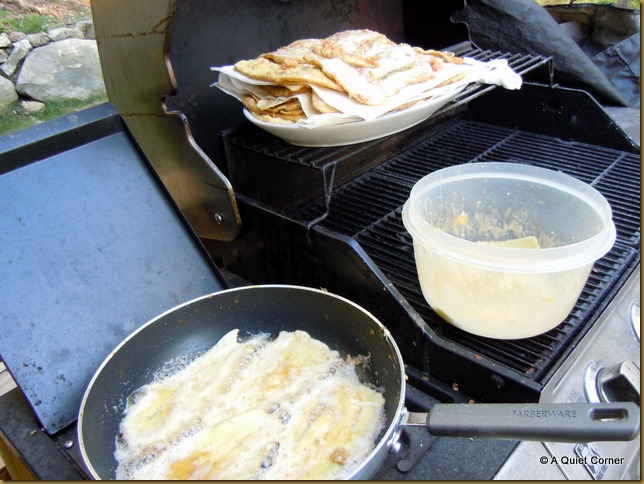 The kids helped out too.
They cleaned up after BOTH of us. 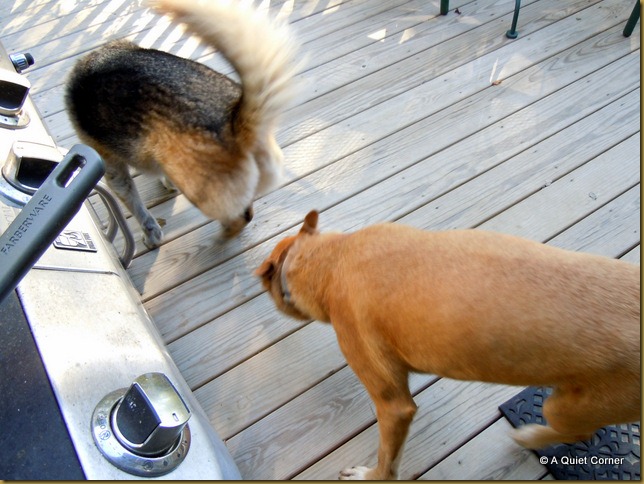 gld said…
I need to tell my sis about your method of cooking and freezing the eggplant. She hasn't been successful yet with it.

MadSnapper said…
i love egg plant, never thought of frying and not eating it as in putting in the freezer. looks good especially the clean up crew
September 22, 2012 at 8:44 AM