It's getting more difficult to schedule time with my son...not because of our schedule...but his.  His wife, my DIL, works full~time as does he.  Recently he picked up a part-time job to make things a little easier for them.  This economy is so taxing (no pun intended) on the middle class but as he puts it, "Mom, it is what it is.  The Pres worked two jobs for a long time.  Remember?"

He really needed the Pres to come and give him a hand with a few things he wanted to do around their house but either didn't have the tools or the know-how.  Off we went on Thursday.  Although I knew I wouldn't make it home for Tai Chi, I had to weigh my priorities.  They came first.

While the Pres helped trim branches on the trees in both the front yard and back, I cut back a bunch of his perennials that he hadn't gotten to yet.  Coming up the stairs out of his basement, after helping the Pres put in an electrical outlet and seeing me, he shouted out, "Mom, what are you doing?  I'll get to those."  Suddenly though his sentiments changed.  "Would you cut off the heads of the Black-Eyed Susans and those other ones over there (pointing to the Shasta Daisies)?  I'm drying the seeds in a box like you showed me."  Now I know this may should odd to you but to me, that got me right in the old heart!  So nice to know they listen and learn at the age of thirty seven. 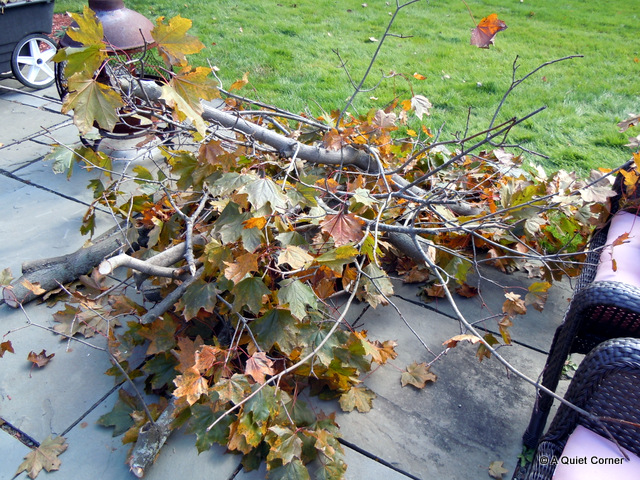 While the Pres then tackled replacing one of the motion detectors for the back yard, my son and I went to get Mia from school.

I couldn't wait to see her since it had been over ten days.  On the drive home she (who turns four in December) told us how one of her teachers put "two W's" in her name instead of spelling it correctly with only one.  "When you go to school tomorrow, you tell the teacher the right way to spell your name, Mia," my son told her.  Nodding, she then moved on talking about the Gingerbread man she colored for her Daddy while I wondered what we would play when we got home. 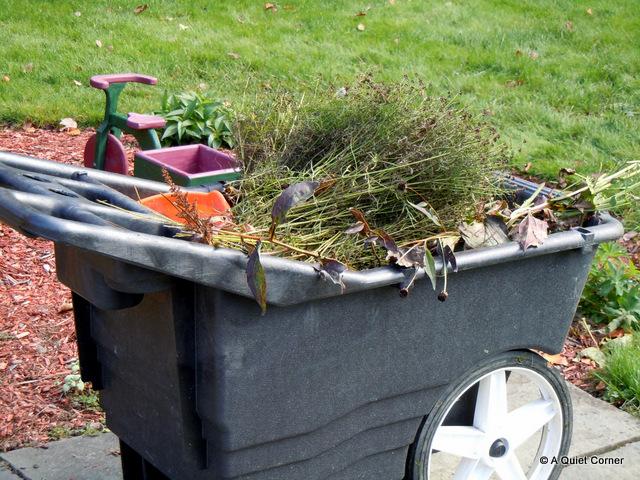 While the Pres  worked on repairing two weed eaters my son had gotten from the neighbor for free (nice ones I might add!), Mia and I became involved in something else.

She dressed as Snow White and I was transformed into The Prince.  When she headed towards her bedroom  to "take her royal nap," I, the Prince, was told to lay at her feet like in the picture!  Silence for an instant then she sat up abruptly and said, "Oh my!  That evil clock woke me up!  Now I have to go to school."

Her tone of voice became soft as she whispered, "Oh, Prince, wake up.  It's time for you to go to work with the dwarfs." Taking me by the hand, she led me to the living room and she placed me in front of the loveseat.  Thinking it was appropriate, I began to sing "Just Whistle While You Work."

She stopped dead in her tracks, turned around and said sharply, "Prince, you can't be too happy...you're at work!"  LOL!

Anonymous said…
Out of the mouth of babes.


Don't you love it though. Hand over your mouth so she dont see you. (Chuckle,chuckle)

How smart they are at this age and so observant as what the story is all about and what she expeects of you.

This child is a real shaker. She will be a great teacher one day. My Granddaughter was the double of your sweetie. She is in 2nd year of Universtiy to be a school teacher.

So enjoy those moments. What a cutie pie.You never know what is planned in her life later.

I am laughing. With you not at you.