When we went to the Big E the end of September, one of the things we had the opportunity to see was a Sea Lion Show.  A husband and wife team from South America had three sea lions...Rosie, Stella and a name that eludes me as of this writing. 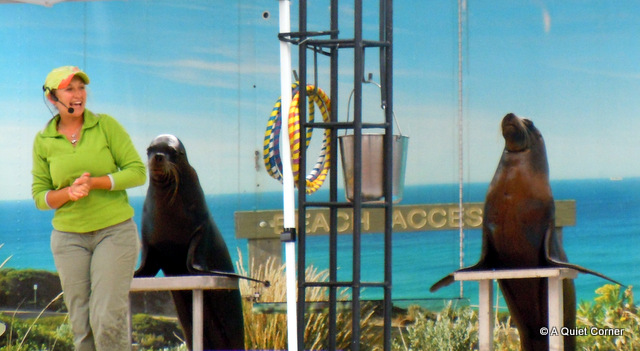 They did just about everything their owners asked them to then waited patiently for their reward of small raw fish.

Did you know that sea lions (which are very different than seals) can swim up to nearly 25 mph and dive to depths of 1300 feet?  I didn't.
Aside from the facts they shared, I got such a charge out of watching them recycle!   They were better at it than some people I see...LOL!! 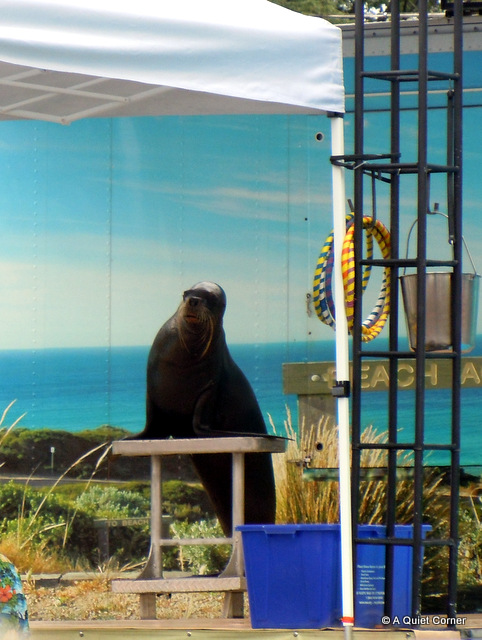 After the owners tossed plastic bottles and stuff into the pool, the sea lions would dive in, retrieve the item and then place it in the blue recycle bin on stage...if it was made of plastic!  So while the trainers talked of the dangers of foreign objects that are arbitrarily tossed into the sea and or left on the beaches and the numbers of sea lions that die because of it, the sea lions worked hard to clean out their pools.

Remember to please clean up after yourself...leaving only footprints!
Enough of the green speech...

Saving the best for last, the owner/trainers then had the sea lions get in line and "exit stage left"... 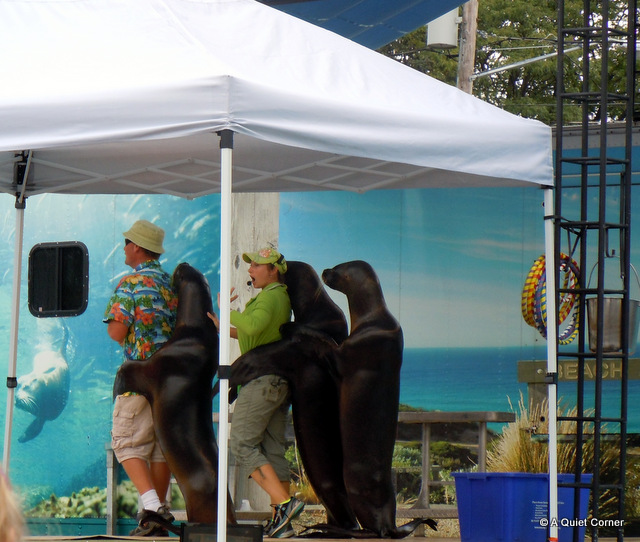 I wonder...
if I gave the grand kids raw fish
do you think they would pick up their toys?
Email Post
Labels: Family Fun Road Trip

Anonymous said…
Somehow or other it hurts my heart to see these beautiful animals used in this way.
October 12, 2012 at 10:10 AM


The Big E really is a world all on it's own, isn't it? My kids rode and Elephant there once...

Unknown said…
I just know I've missed your blog! It's been too long and I'm glad to be back.