Center of It All

When I announced that the Pres and I were going on a "hot date" Sunday night, everyone perked right up.  The conversation, if you can call it that, began with our family's typical shall I refer to it "banter"?

With his plate full of turkey and all the fixings, my son blurted out, "Hmmm, let me guess...Taco Bell?"

My daughter was next, I think.  "Home Depot?"

Then Angel got in to it.  "How about Dairy Queen?"

Their short guesses continued until finally, they were exasperated and out of known places.  Giving up because I'd responded "no" to each and every one of their queries  my daughter said, "Okay, we're tired of guessing...just tell us...we know you're going to tell us anyway.:"

Smiling proudly and perhaps even making my posture a tad more erect, I responded, "We're going to the tree lighting ceremony this year.  Only a mile away, it's right here in the center!"

When Sunday evening came, I suggested that the Pres wear his nylon parka lined with polartec, as I was doing because it was nippy.  Dressing warmly, I grabbed my mittens, a hat and scarf as we headed out the door, the camera tucked securely in my pocket.

We were heading to the Christmas Tree lighting ceremony held right here in the Center and I was excited!!  Before the official flipping of the switch by a resident whose father, husband and son all served on the Fire Department, we welcomed our Mayor and his wife (who live only three houses away from us).  Then, after Dottie lit the tree, the entire crowd joined a local minister and sang Christmas carols. 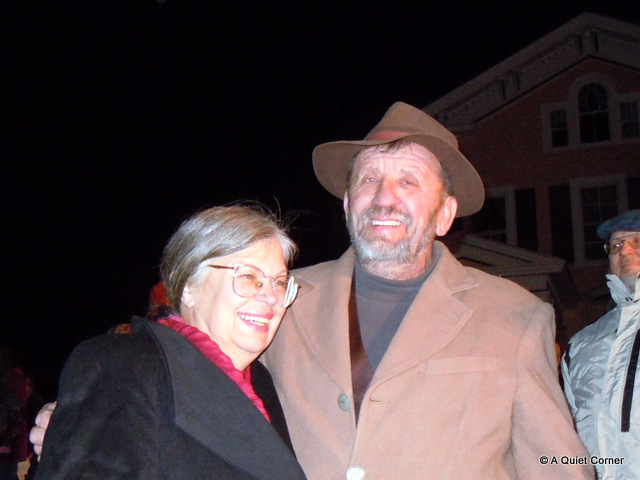 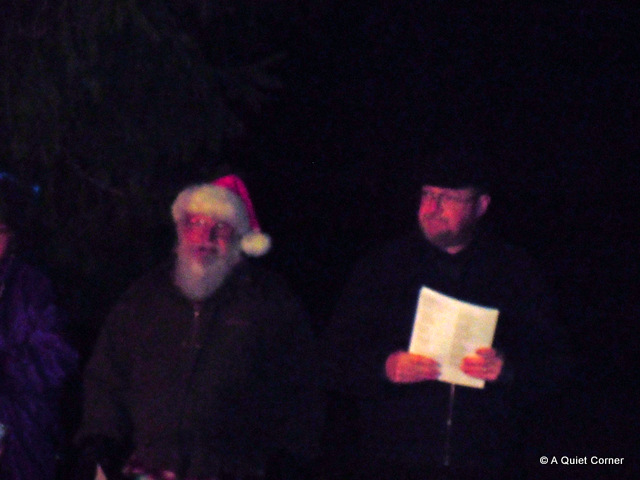 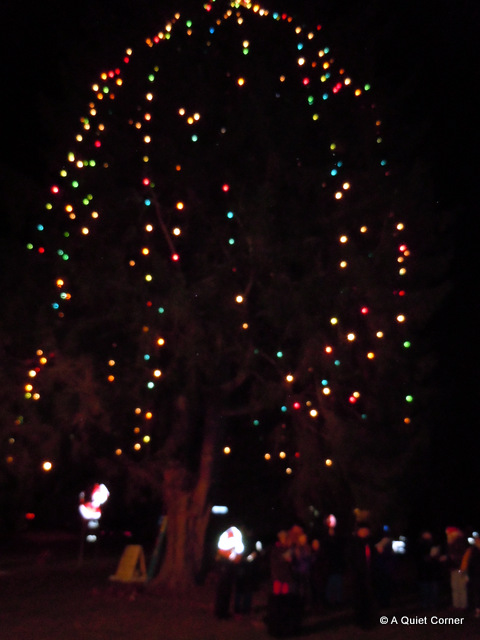 Oh, one more thing.  In the midst of the ceremony, my camera "froze" and the flash wouldn't work properly.

valerietilsten59.blogspot.com said…
What a great date. To see the lighting of your local christmas tree.
A great photo of you JP and the pres..

Katherines Corner said…
sweet happy memory making. Sorry about the camera though. thank you for sharing at the Thursday Favorite Things blog hop.xo
December 3, 2012 at 8:53 AM