As I pulled in to the Post Office parking lot, I noticed two men chatting near the old cream colored Ford pick-up I’d parked next to.  Getting out of the car and heading to the entrance, the older, clean shaven one looked at me, smiled and said “Hello.”

They were still outside when I came out and it was then that he asked if I've had good luck with my Mini.  Walking towards them and answering at the same time, the conversation switched to that of kayaking, since the owner of the pick-up had a kayak in the back of his truck.  This stranger became a knowledgeable source not only about kayaking but things to pick-up for the sport as well as where to take lessons if I was interested, along with great places near-by to explore!

Then as I said, “I’d better get home.  My husband is going to wonder where I've been,” he reached in his pocket and extended his hand toward me.  He gave me his business card with his name and number on it and four pieces of Bazooka Bubble Gum…the kind I chewed in my younger years...the kind with the cartoons in them (which is about to change, by the way)!

Oh, one more thing.  Every time I've seen Bob since, he gives me the same treat…four pieces of Bazooka...when I saw him at Stop & Shop, checked him in at the polls and when I ran into him at Wal-Mart. 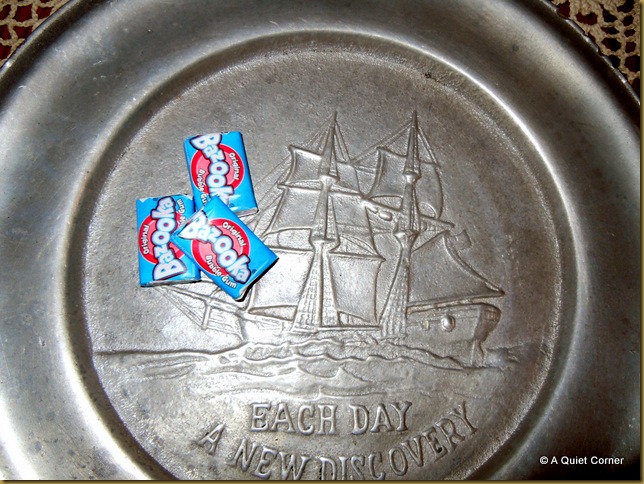 valerietilsten59.blogspot.com said…
You will probably catch up with Bob when you are back kyaking again JP.

Ann said…
I love how you always manage to make new friends in the most unexpected places. You should call him Bazooka Bob...lol
December 8, 2012 at 6:34 PM