It was a relatively normal morning other than being blessed with the gift of about four inches of snow from Mother Nature.  Outside bright and early, the dogs and I were, as usual, having fun..running, playing, me throwing snowballs at them.

Thinking it was about time for me to come to my senses and take my responsibilities seriously, I decided it was time to stop playing and begin the morning ritual of my "poople doople search".  Gosh , I hope you know WHAT I mean by that because I really don't want to GO into it any further.

Anyway, off I went with my trusty doggie shovels in hand, trudging through the snow, stepping over the fallen  trees and half buried rocks.  Scooping and collecting around the entire yard (because I never know where they are going to GO), I was nearly at then end of my search when I realized I'd lost my camera!  Apparently it had fallen out of the chest pocket of my jacket because I didn't zip it!

Calling to the troops (aka Moon and Copper), I beckoned them to "find it...find my camera."  This time, it was Moon's nose that continued to sniff around the fallen tree trunks and she just wouldn't move on. 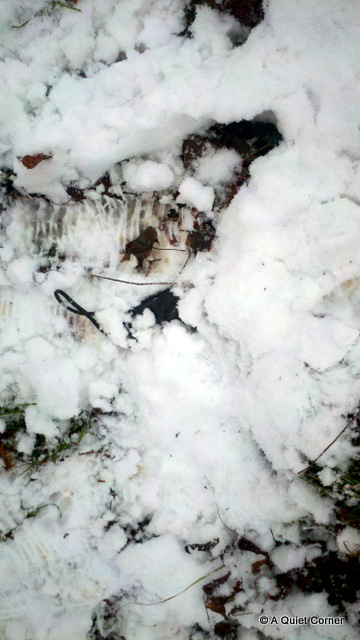 Apparently, I had nearly stepped on it when "searching" for poople dooples!
Email Post
Labels: Connecticut Dogs Mother Nature Winter

Nancy C said…
Been there, done that. Twice.