Seeing the first flakes at 8:17 am, a few hours later the ground was covered...it was beautiful! 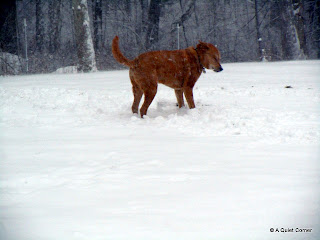 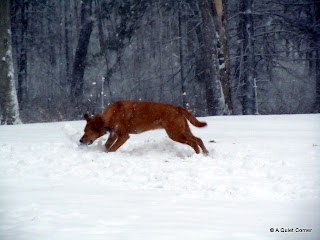 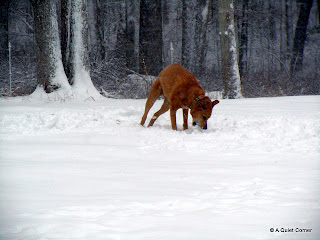 I bundled up and the dogs and I played...it was beautiful!
The Husky in Moon kicked in and she had a ball dodging and jumping in the white stuff while Copper wanted to play fetch with his stick!

The first dig with the ATV was easy for the Pres.  That was at 4:30 pm and we only had about four inches.  It was beautiful!!! 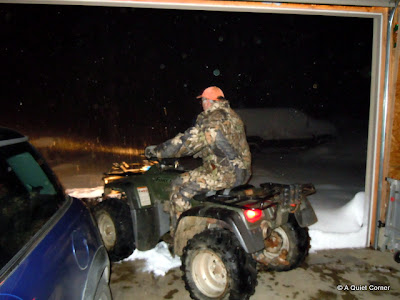 Heading out on the ATV for the SECOND dig, only another eight inches had fallen.  Disappearing into the darkness, he was gone quite a bit longer this time.  He plowed the driveway and the entire gravel road...just in case.

The ATV really did a great job! 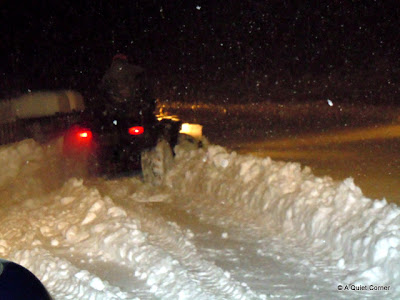 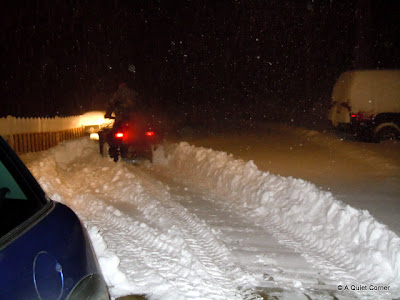 Yesterday was fun for everyone! 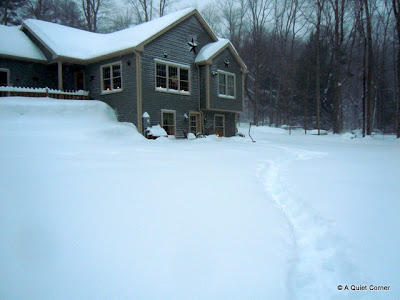 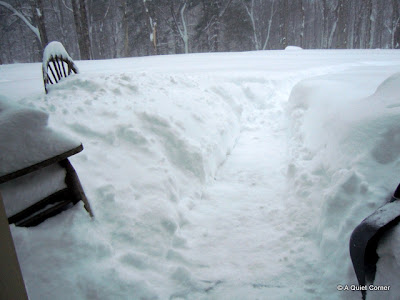 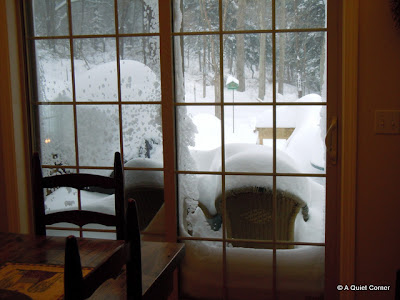 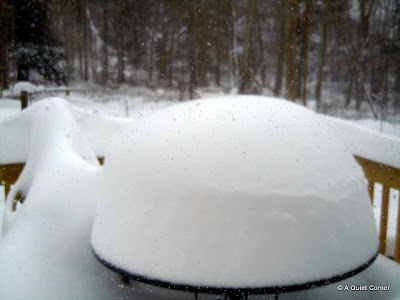 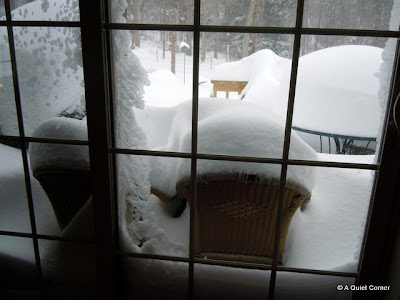 I managed to blaze a path to the woods for the dogs to follow so they could relieve themselves.  The snow IS SEVERAL INCHES OVER MY KNEES (and I'm 5' 6" with long legs!!!).

Gail said…
Stay safe. I have been watching the weather tis scary for those who have no resources.
February 9, 2013 at 10:46 AM

Angela said…
Now that's what I call SNOW! I remember a big snow like that when I was a kid and another one back in 1985. My kids haven't ever seen a good snow like that. Great pictures! Hope your electric is still on but I know you have a generator.
February 9, 2013 at 11:30 AM

Inger said…
Looks like you are OK and that no big trees fell down and power was lost. Now I have to go check on Lori Skoog. Hope all is well there. Take care and enjoy the beauty of it all. It is just gorgeous! But lots of work, I know.
February 9, 2013 at 11:42 AM