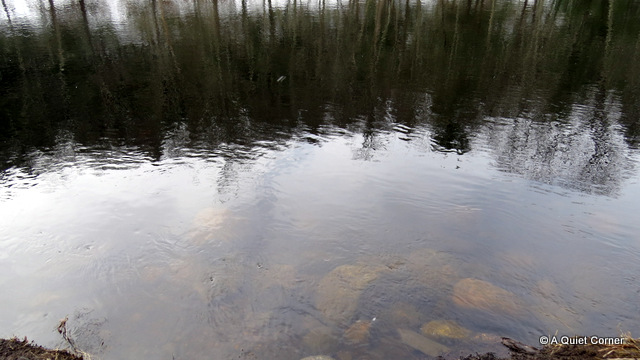 Strolling along the river and snapping pictures I decided I'd better head back to where I left the Pres.  He'd been chatting with a few fisherman scattered along the banks of the river, trading stories and fish facts, I'm sure.

On the way back, I spotted something in a tree.  Aiming "zoomer" in it's direction, I hit the shutter button.  Yep.  Fishermen have been here! 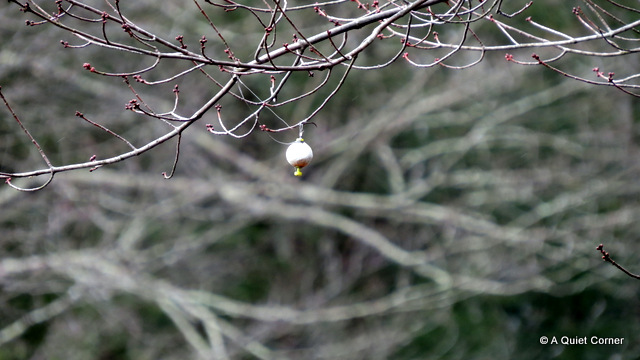 As I approached the Pres and one of the fisherman, I watched him bend down and pick something up then upon straightening, he would toss it into the cold waters of the river.

Apparently, just an hour before we'd arrived the dam had been opened, flooding some of the riverbanks and many small fish were now left stranded on the leaf covered muddy banks.  He found several small mouth bass and perch, returning them to their home.  No salmon yet though.  The river hasn't been stocked yet.  That will happen during the two weeks fishing season is closed. 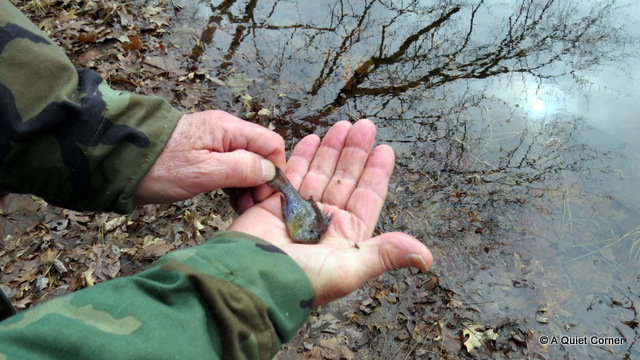 We will go back to this place.
Me...in search of eagles.
The Pres...to fish.

Coloring Outside the Lines said…
Looks like an excellent spot to fish and take photos too!
March 13, 2013 at 8:21 PM

eileeninmd said…
Looks like a pretty place for walking and picture taking. Even better when the eagles are there.
March 14, 2013 at 4:15 AM

Chatty Crone said…
You guys can do this hobby together. Both looking for different things. sandie
March 14, 2013 at 11:24 AM

Deborah Kay at The Paint Splash said…
We get several bobbers attached to the bottom of our dock. Never fun to loose one. Blessings, Debbie
March 14, 2013 at 12:44 PM

Anonymous said…
throw em back in the drink! lol =)