A Hole in One

It began last Friday so I didn't go to the gym. The Pres was ready to start his project and I was staying home to lend a hand if needed. As the Pres worked I sat on the lower patio for moral support. Gazing up, this caught my eye in the beautiful sky. 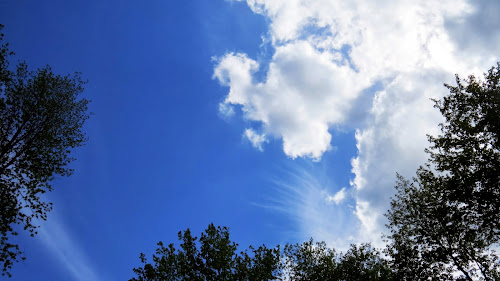 Then I zoomed in to get this which I thought was so cool! It almost looks like an explosion, doesn't it? 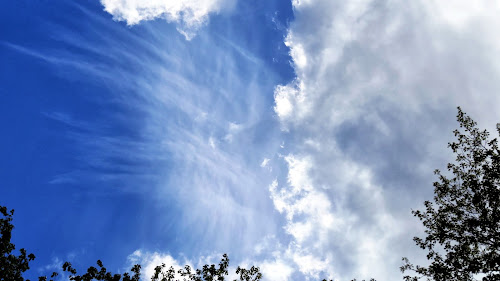 Returning my eyes to the world and what was going on around me, the Pres was in the process of mixing the concrete for the piers. He bent over and this is what I saw next!
"Honey, you have a blow out! Can I take a picture?," I said.
His response, " Am I going to be on your blog?"
"Yep!" 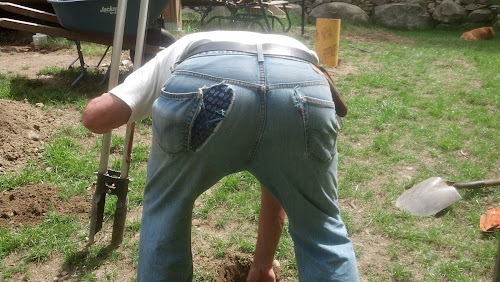 Once the three piers were poured, he was done for the day so I picked up the bags while he gathered his tools. We were taking Saturday off because we had a pig roast to go to at his brother's.
However, on Sunday afternoon, the Pres was at it again while I did some housework. I hate doing housework when the weather is nice, don't you? Anyway, Peeking out the bathroom window, I saw this. 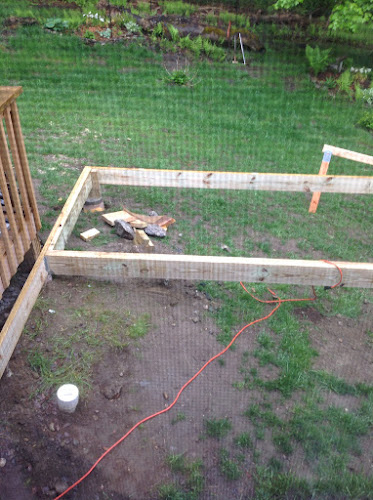 Yes!! He had boxed in the 12x16 lower deck which meant the joists would be next. This was something that we've been talking about over the winter. We decided to do a step down off the existing smaller deck, giving us more room for gatherings and get togethers. Because the house sits on a ridge, a step down deck works well with the slope of the land.
Today, the Pres got all the joists in so the next step will be the flooring. He and I have chuckled about the time my sister and I helped him build a deck for her home in Florida. It was recorded with our camcorder and narrated my me...beginning to end. It is so flipping funny to watch my sister and I pounding in nails!!! Some day I should get that VHS tape converted. What a gift for humanity!!! 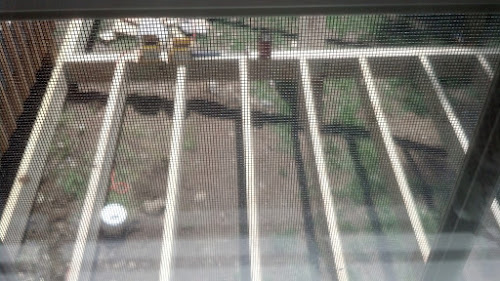 Oh, one more thing. Nice boxers, don't you think?
Sharing our life with you and

MTWaggin said…
Wheee that is going to be so much fun to have that extra space! Wish I was getting that busy with MY projects!
May 23, 2013 at 11:06 AM