I've Seen This Before

When the Pres told me to expect someone, he didn't go into a lot of detail.  Nothing new.  He's always been a man of few words except when his favorite topics are up for grabs.  So, when I heard a rather loud rumble approaching our hill at the top of the gravel road where our house is, I peeked out. 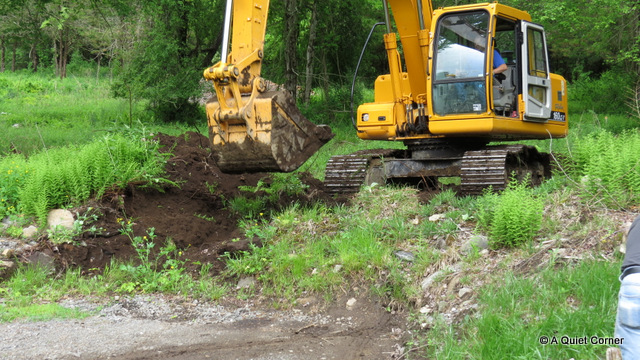 At first, I thought I was seeing things as a huge yellow back-hoe was making it's way up the gravel road!

But, as I walked around toward the deck, the Pres met me halfway, saying, "Good, he came today.  He'll knock it out in no time." 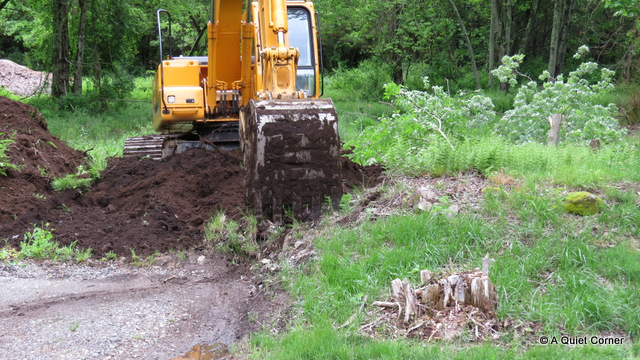 Knock what out? I thought.

Ever since we've lived here, we've wanted to eliminate a small knoll right in back of where the Pres parks his truck (because it won't fit in the garage!).

Removing the knoll would  open up a nice chunk of our property and put it to good use.

In addition to the knoll, we also wanted to take down a few of the small "crap" trees, as the Pres calls them along with the stumps.

When our builder made arrangements to have one of his lots excavated, the Pres walked down to talk to the owner of the business to coordinate a date and time. 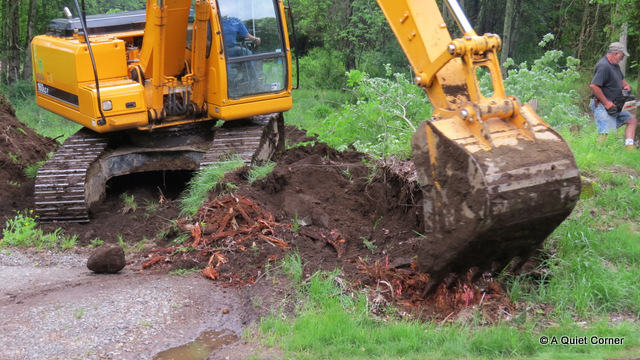 Camera in hand, I watched as he bit into that knoll to reveal the most rich top soil ever!

He noticed it too and immediately shut off the back-hoe to ask the Pres if we wanted him to make two piles...one for top soil and one for rocks. 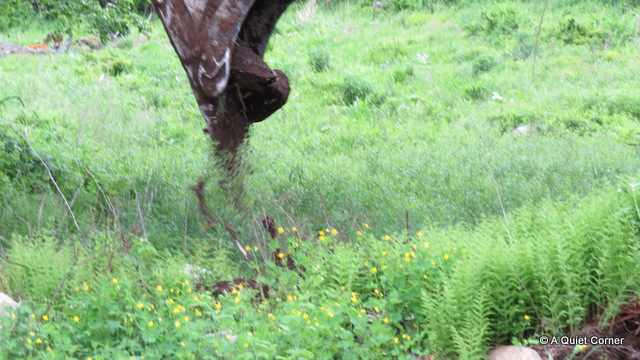 He strategically placed rocks and boulders in one pile and the dark rich soil in another!

Through the whole process, which took less than three hours, it all seemed so familiar. 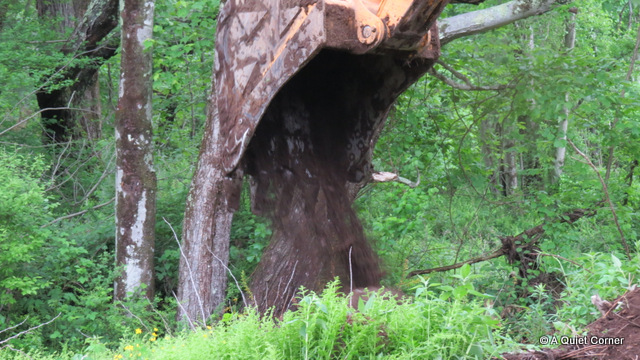 I'd seen this before.

Both the man and his shovel reminded me of Mike Mulligan and Mary Ann!

Anybody else remember them?

Unknown said…
Such beautiful soil! Bet you will have some gorgeous flowers planted with it! I don't remember Mike and Mary Ann. :)
May 30, 2013 at 5:13 AM

mail4rosey said…
That's really nice that he offered to separate the two!

I remember Mike Mulligan. He and his steam shovel were my oldest son's favorite nighttime story for quite some time (many years ago). :)

gld said…
IT'S amazing what those machines can do! That soil is just gorgeous; I can almost smell it.

Anne Payne said…
Oh yes! My boys loved having Mike Mulligan read to them when they were little :)

Angela said…
Woo Hoo for the excavator! I'd love to have one out at our place to do some work. That dirt he uncovered at your place is to die for! We have a lot of clay type soil here. Nothing as rich as that!
May 30, 2013 at 9:11 PM

Katherines Corner said…
lots of activity at your place! Thank you for linking your post to the Thursday Favorite Things hop xo
June 2, 2013 at 9:32 PM