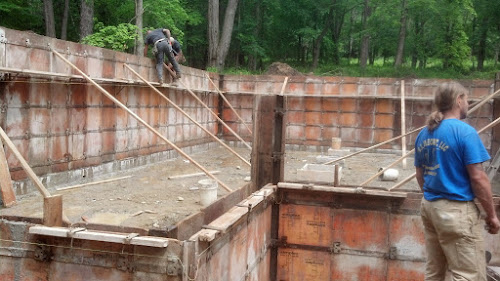 The young fellow with the blue shirt in the picture above built our house. I've mentioned him numerous times since he is more than a friend.  He is now like a son to us. He  refers to me as "OM", his acronym for "Other Mother", and stops in periodically to chat and have a brewski with us.

He has begun building the second of three houses he planned for the ten acre parcel and since it is on the opposite side, it will not infringe upon us at all especially because of the way it's angled and set back. You can see our place through the trees...:) 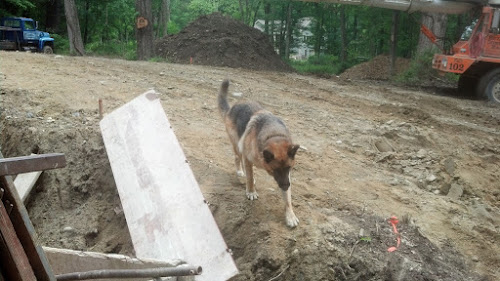 Walking down to see what was going on when the foundation was being poured, I met a new friend...this 110 pound German Shepherd who belongs to to concrete foreman.  What I found out was that this canine loves to chase rocks...over and over and over regardless of where you toss them.

Sharing another tidbit of life with you and everyone at

Inger said…
I just read TexWisGirl's comment above ~ how clever is that? Anyway, it is so good to meet and make friends with people younger than us, isn't it? And of course, I love the GSD.
June 12, 2013 at 5:30 PM