Sitting on the deck with camera in hand, I waited. Inevitably one of the eagles always soars overhead at various times of the day, so I try to make it a point of spending a little time on the deck each day. Most of the time I am watching other critters around me rather than gazing up at the sky, unless I hear their cry.  Then my head turns in their direction.


There are other critters in the yard, although less than usual because of the eagles presence.  Without fail, the Wrens nesting in our gourd, the Towhees scurrying through the abundant brush and the occasional chipmunk peeking out from the old wood pile, as well as Moon and Copper...all keep me entertained.  It doesn't take much...:)


Recently, however, after hearing the unmistakable chatter of a Pileated Woodpecker, I took the lens cap off zoomer and hit the on/off button. I was ready and on it!   Landing on the first dead stump near the fence, it hammered away. 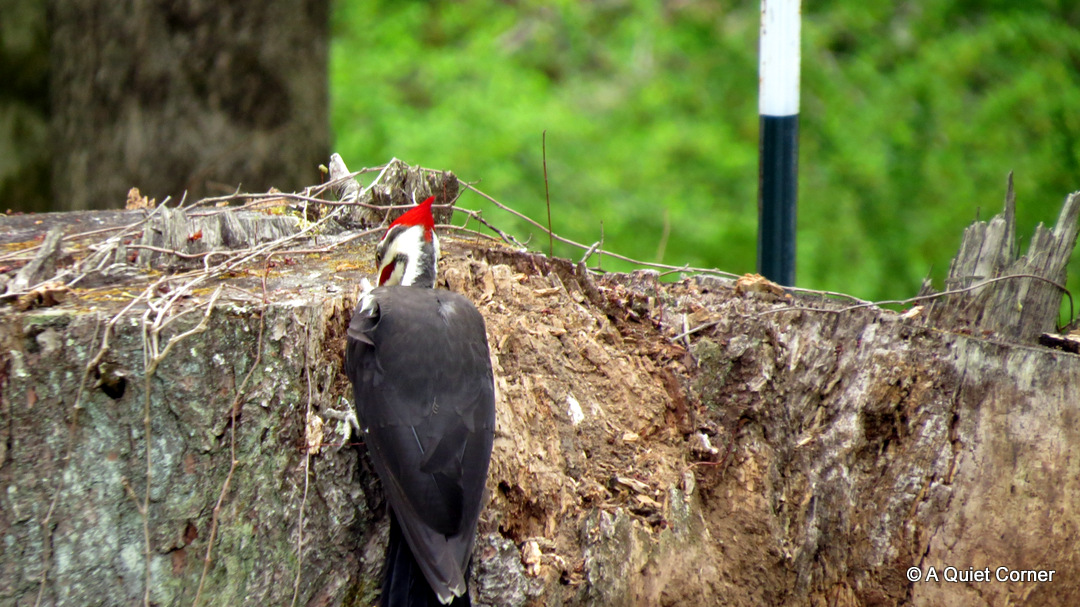 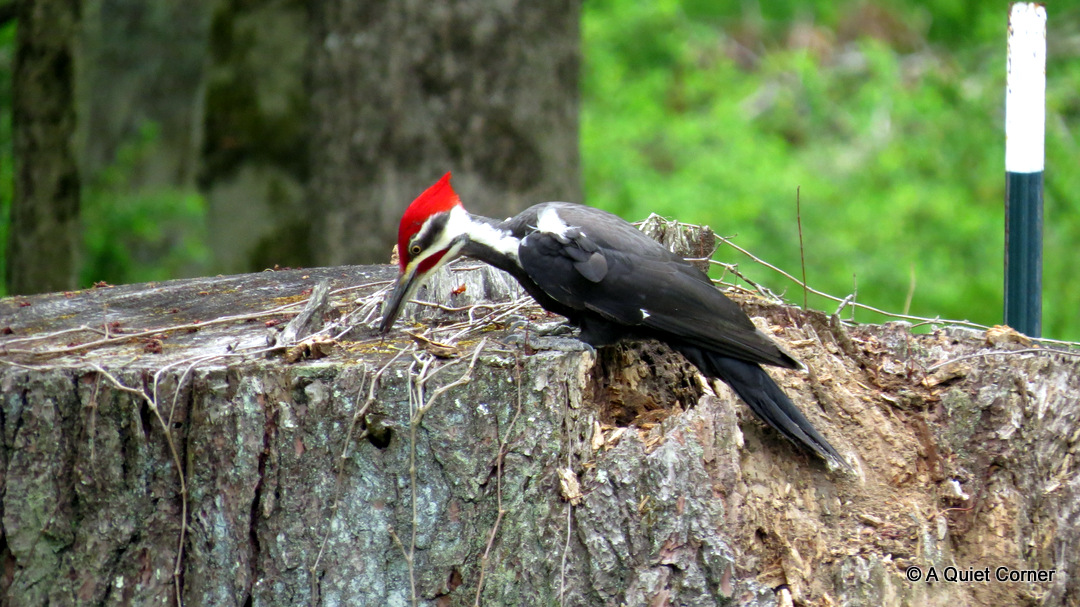 Moving on to the cluster of dead tree trunks where I plan on making another shade bed, I couldn't take my eyes off of him. 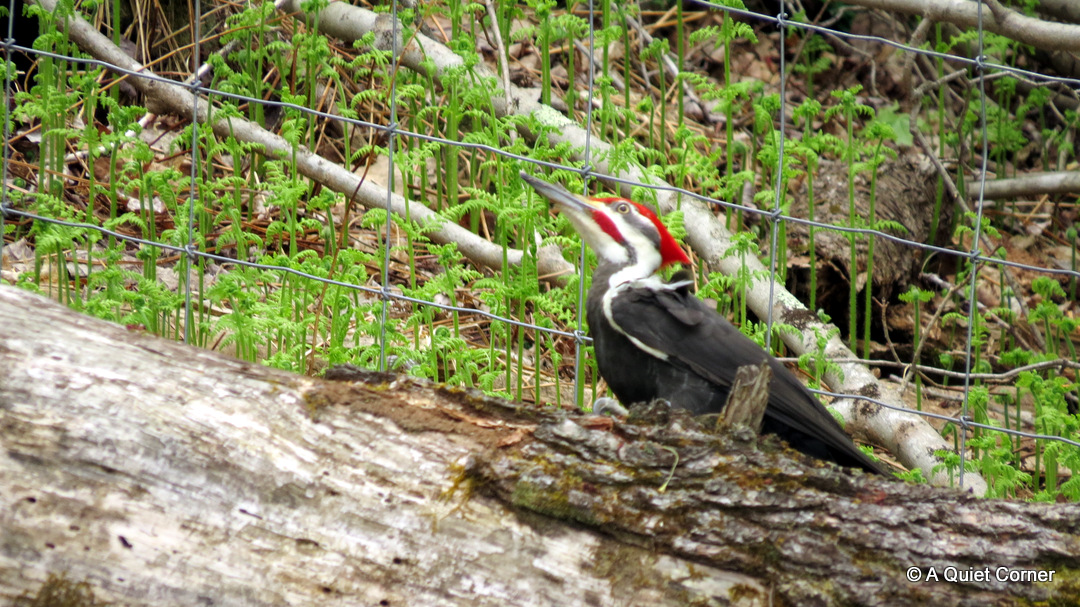 I took about fifteen pix of him pecking and drilling into the logs although I only showed these few.  Unsure of what this next pose represented, I had to include this one!  Anybody got any idea or know bird body language? 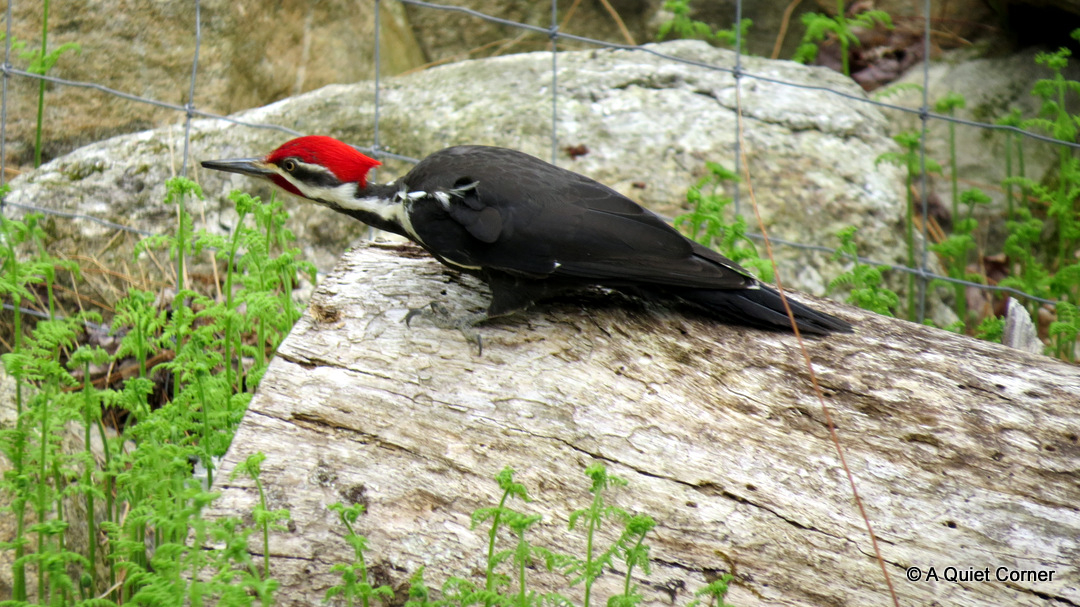 He is quiet handsome, I think.

Sharing with you and all those at