There are all sorts of leaners.  Leaners in life are people who depend on others so heavily that sometimes their weight seems unbearable.  That's when boundaries come in handy.  Anyway, then there was a song called Lean on Me (Bill Withers, I think?) which was one of my all time favorites.  I've always considered myself to have broad shoulders but I lean on the Pres occasionally.  His shoulders are really, really broad...:)

But sometimes, dangerous leaners have to be cut down to size.  Put in there place.  And that's what happened on Monday when I arrived home from the gym.  We had just enough time before another storm hit.


The Pres has always loved to play with his chain saws.  I often wonder if it's the engine revving.  Perhaps the power behind it.  Well whatever it is, if there's a tree that needs to be cut, he's the man to get the job done!  Now that we have a lawn, a yard and a few flower beds beginning to flourish, we talked about when would a good time to take care of the leaners.  You know those trees that just look dangerous...an accident waiting to happen.  And we have a total of three and although they are leaning away from the house, we want them down. 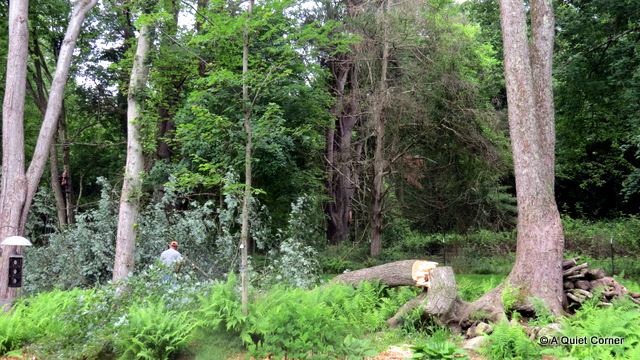 Don't worry though, we have so many trees that removing three won't even be noticeable.  In fact, it should open up the upper layer a little which would make another great gathering place around a fire-pit.  (Shhhh, the Pres doesn't know about the plans for the new fire-pit though.)


Seeing all of the family last week, the Pres made arrangements with his SIL to come and pick up the wood we have.  Apparently he has a friend who heats with a wood stove and since we wanted it out of the yard, them taking it is a win win.  The Pres cut down one tree Monday in preparation for them coming Tuesday.  Then he and I dragged branches onto another burn pile.

So, easy as pie. The sixty foot maple fell right where he wanted it.  It didn't hit the back fence nor did it hit the new Rhododendrons which I was concerned about.  It landed perfectly...angled and sitting neatly within the confines of the fence. 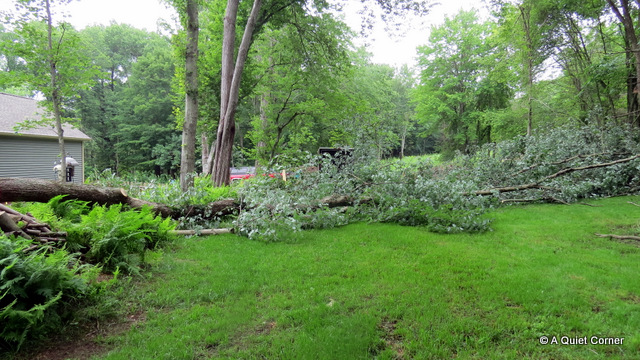 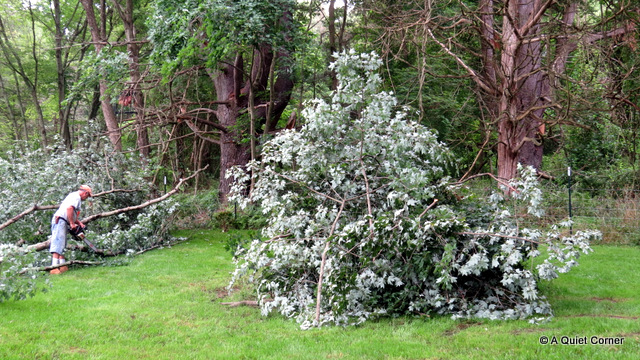 He really does know trees and how to fell them.  It was down in no time and we had most of the branches on the burn pile in record time.

One more thing.  The new fire-pit is going to be located right where that burn pile is. Making a quaint gathering spot, it will be surrounded by colorful Adirondack chairs and small tables.

Happy Fourth of July everyone!! Have a safe but fun filled one.
Us?
It's our anniversary and we've been celebrating since yesterday!! 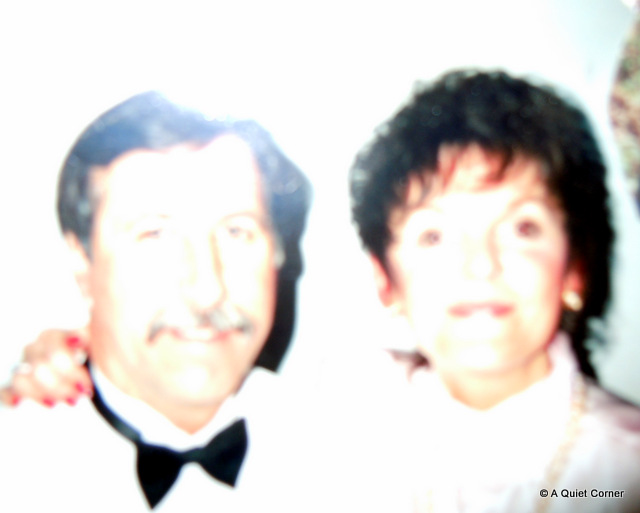 I love the idea of the conversational grouping around the fire pit. I have a perfect spot for one but the kids are so far away it might just be used by us! That is not a bad thing at all.
July 4, 2013 at 7:42 AM

valerietilsten59.blogspot.com said…
Happy Wedding anniversary JP and the Pres.
I think that is a wonderful way to spend your time together.. doing things together, planning..
and enjoying each other.
wishing you many more.
Secret will be kept.
xxxxx val
July 4, 2013 at 7:49 AM

MadSnapper said…
Happy anniversary and it is great to be married to a man to lean on and that can cut down learners when needed. mine loves his chainsaw to. wish it were as easy to cut down human leaners. enjoy your anniversary and your 4th. i would love to have a firepit
July 4, 2013 at 8:32 AM

It's obvious that the Pres really does have that talent and skill to take down 'leaners.'I'm glad they are down safely and will be well used!

Ann said…
Happy Anniversary. Enjoy your celebration.
I like the idea of a fire pit and I've always loved adirondack chairs.
July 4, 2013 at 8:15 PM

Katherines Corner said…
happy anniversary! wishing you continued happiness. Thank you for sharing at the hop xo
July 4, 2013 at 10:07 PM

Beatrice P. Boyd said…
Best wishes to you both on your anniversary, JP and Joe. We are so glad to have met you and hope you enjoyed a wonderful and continuous celebration. Glad you are feeling better, JP. We all need a special someone to lean on and you have found him.
July 4, 2013 at 10:55 PM

Betty said…
All men love chain saws. It's the best part of hurricanes. My husband used to love to get that baby cranked up and going.
July 5, 2013 at 10:06 PM