Starting Over Can Be Rough

Some say the housing market is still slow.  Some say it sucks.  Yet, here in the woods, things are really progressing rather nicely.  Regardless of where you live, starting over can be rough.  Old friends have to be left behind survived by only memories. It can be rough for all creatures.

For instance, those two crazy Eastern Phoebes (who I swear followed me from Virginia!!) the ones who built their nest on the garland draped over my front door FINALLY realized that since their old place was no longer attached to the siding and it was time to move on!  I kept telling them they had to get relocation services involved and they FINALLY took my advice. 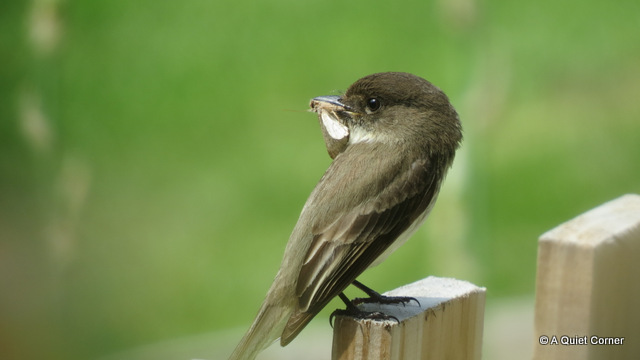 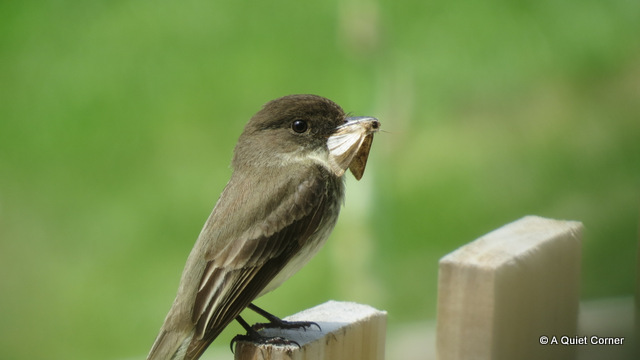 Sure, when I saw that two of their tiny eggs had slipped though the space had fallen onto the front stoop, it was sad...very sad.

Yet that goofy couple took so long to figure out that the mud they used to stick the darn nest to the siding had dried and they had failed!  Re-building better and stronger, they moved to the opposite side of the front door overhang and placed their nest on the pillar supporting the bottom!...:) 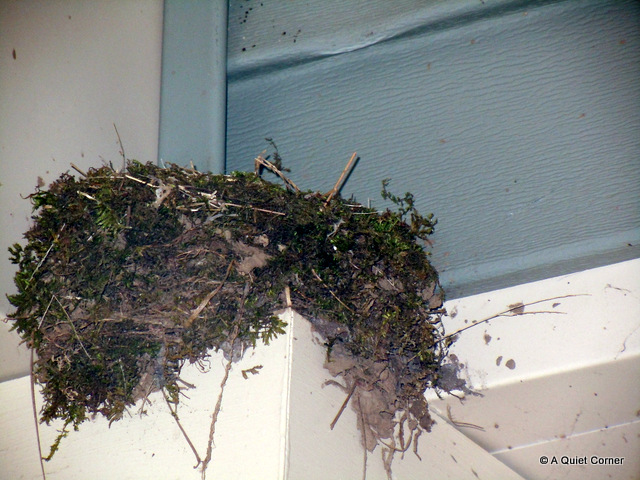 FINALLY, they realized that new construction was the answer and a apparently a little hanky panky too. Now occupied and from what I can see and hear, their hanky panky paid off.
Email Post
Labels: Birds Mother Nature

~Kim at Golden Pines~ said…
I do love the Phoebe's, they are a cute and cheeky little bird. And yours must be close relatives of the two that we have around our house--Ours for some reason known only to them abandoned their first custom home, that I thought was built on a good foundation, a motion light, and they rebuilt above a window ledge, that may have had a better view, but was cheaply built and fell off. I don't know where they've gone to, but I hope it's just as good of a neighborhood as yours or mine!
July 6, 2013 at 8:21 AM