In My Neck of the Woods

Pulling into the yard and hitting the button on the garage door, I parked the Mini quickly.  Since I only had one tote filled with groceries, it was easy and quick getting into the house and dropping things on the counter as I headed out through the slider.

The Pres, who was supposed to wait until I got home to start, hadn't.  The tree was already down and it had not landed in the spot the Pres wanted.  But it was down!  Of course, part of the fence was too...something he didn't plan on. 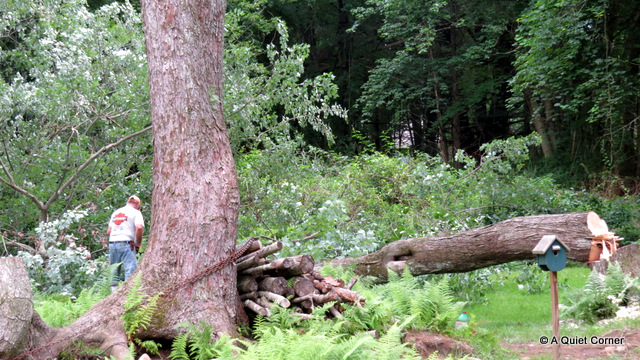 Because it was a leaner and so heavily branched and full across the top, it came down faster and at the wrong angle.  He was not happy!  And I walked in right in the midst of it all. 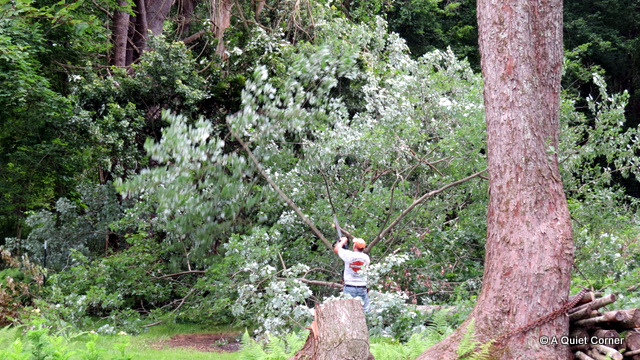 Dwarfed by the it's size while cutting away some of the branches, we both agreed how it opened up that piece of the yard.  We decided it was like having a picture window put in!  In fact, as we stood near the vast trunk, I pointed to the sky.  One of the immature eagles was flying over, circling...just seeing exactly what was going on in their neck of the woods. 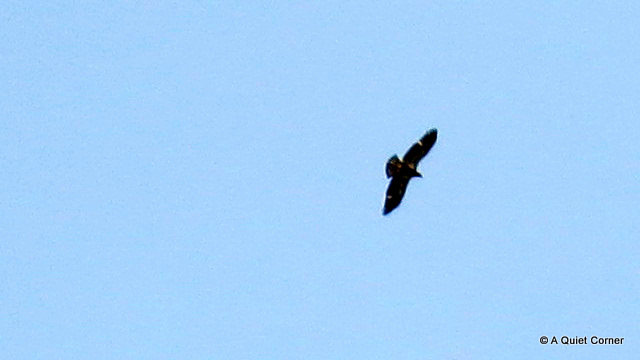 Do you know how much chatter goes on between four eagles?  I've come to the conclusion, either the kids are being instructed in the lessons of life OR they've been up to no good because every morning and every evening, their chirping is non-stop.  In fact, as I write this, there they go again!!

Anonymous said…
Wouldn't it be great if all four of them returned for nesting season next year?
August 3, 2013 at 8:23 AM