OS (other son), the young man who built our house, had a party the other night.  We were on his list.  I think that's the way he put it when he stopped by last week to have drinks with us.  It's a good feeling to be on lists that are good and this one was.

We brought yellow squash casserole, three dozen corn on the cob (picked fresh that day), and a tray of assorted bars I made.  It was all well received and enjoyed...a feel good for us!

Walking the old railroad tracks, I immediately struck up a conversation with the young boy shining his flashlight.  "Can I help?  What are we looking for?"
He went on to explain that special coins had been hidden along the tracks by his Dad and OS confident that we would locate them all. 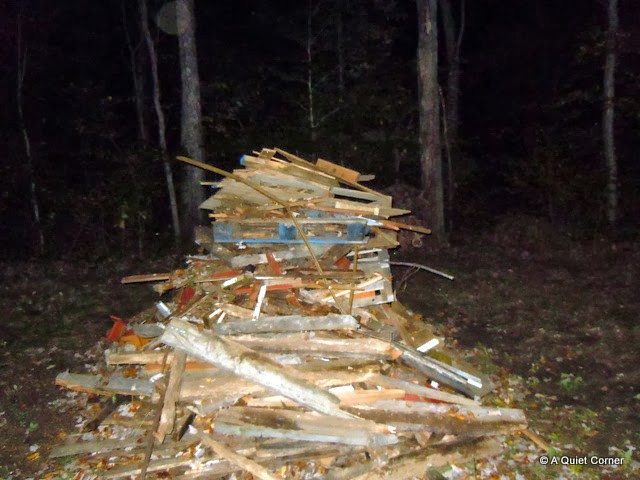 Once we did, we all headed deep into the woods following the trail that led to their clearing.
Then, in the blink of an eye.
Poof!  It was up in flames. 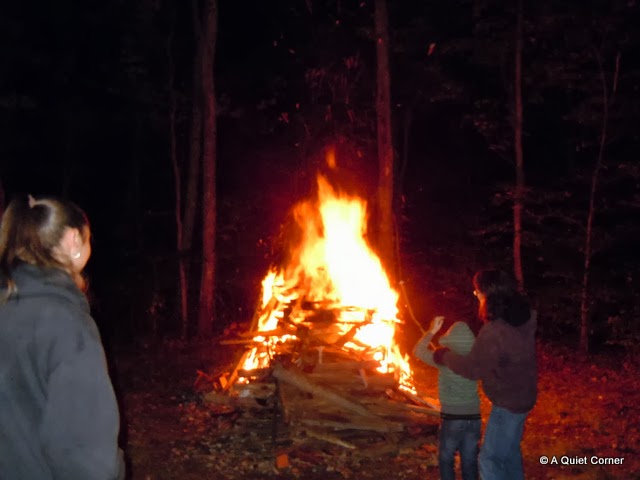 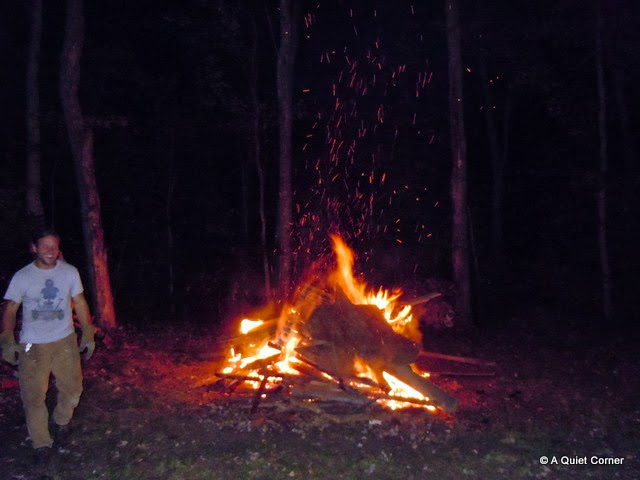 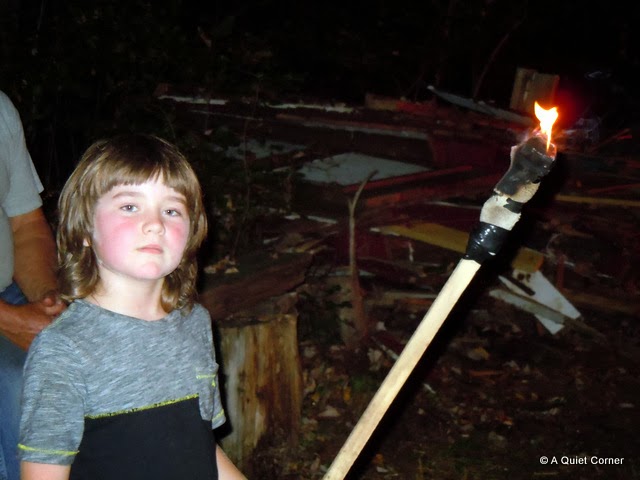 This young lad is Jack Henry, who, at the age of seven, was just so personable and polite.  It was a real pleasure to hang out with him.
One more thing.
A road is named after him.
Why?
His Dad is a builder/developer and a good friend of our OS.

The Pres and I really did have a hot date.  That bonfire was roaring!

Tabor said…
Glad that you do not live in an area where fires in the woods are so dangerous! Did you bring marshmallows?
October 3, 2013 at 8:50 AM

P.S.Thought you might be interested in a giveaway I'm hosting for eShakti & Invisible Glass :)
www.domesticsweetheart.com
October 3, 2013 at 12:22 PM