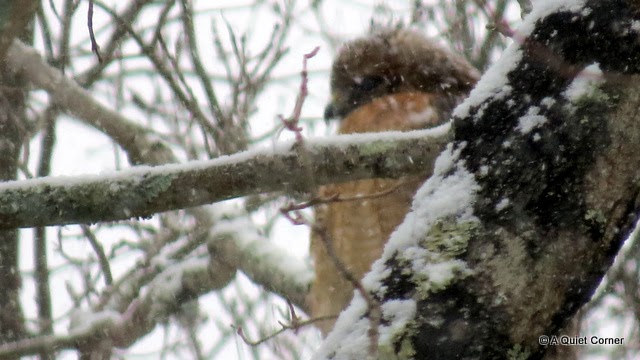 Landing in the tree shortly after the storm began, the Red-Tail sat. 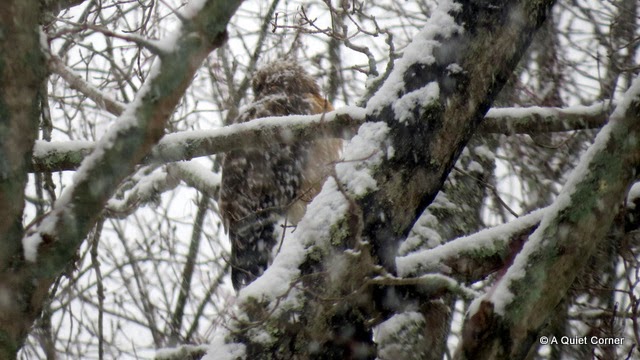 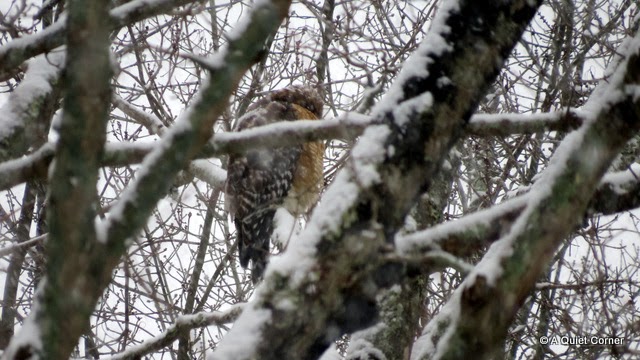 Turning it's back to the wind, and tucking it's head, it remained there for hours, weathering out the storm. 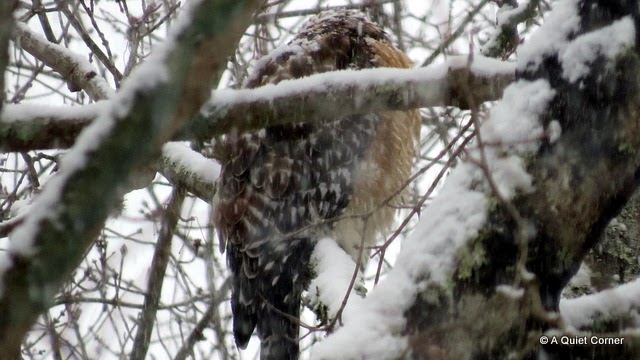 And sat and sat as the falling snow began to intensify, camouflaging it even more.

Red-tails are common here.  In fact, a pair has been hanging around our woods for several weeks.  Once the eagles lay eggs and move into their nest, there may be conflicts, causing the hawks to move on.  It's called survival of the fittest and since the eagles are at the top of the food chain, they will remain victorious.

Last year two red-tails pursued one of the adult eagles while the other sat on the nest.
Seeing the eagle flying, flipping over mid-air with talons facing the hawks, it was a battle to behold...on Mother's Day, no less!

What are you plans for this weekend?

gld said…
Wonderful pictures of the hawk.
We have more Red Tails than any other kind here.

He needs to be sitting in one of our cedar trees which would give him way more shelter. Do you have evergreens near?
February 26, 2014 at 9:10 AM

Ann said…
I find it amazing how long a hawk can sit in one spot in comparison to other birds.
No plans for the weekend, just whatever strikes me
February 26, 2014 at 7:17 PM

Light and Voices said…
Nature isn't always quiet and serene for sure not even on Mother's Day.
JM Illinois
February 26, 2014 at 9:45 PM

Anonymous said…
Such a beautiful bird. This winter has been harsh on so much wildlife.
February 27, 2014 at 4:38 PM