The Pres did another flower delivery this week for his BFF who owns all the greenhouses and guess what he brought me home?  Yep.  SPRING!!

OS (other son) has begun the third and final home up here this week.  It has a little over three acres, like the one he just sold in the Fall and will be the same style.  The foundation was dug and the footings were poured. 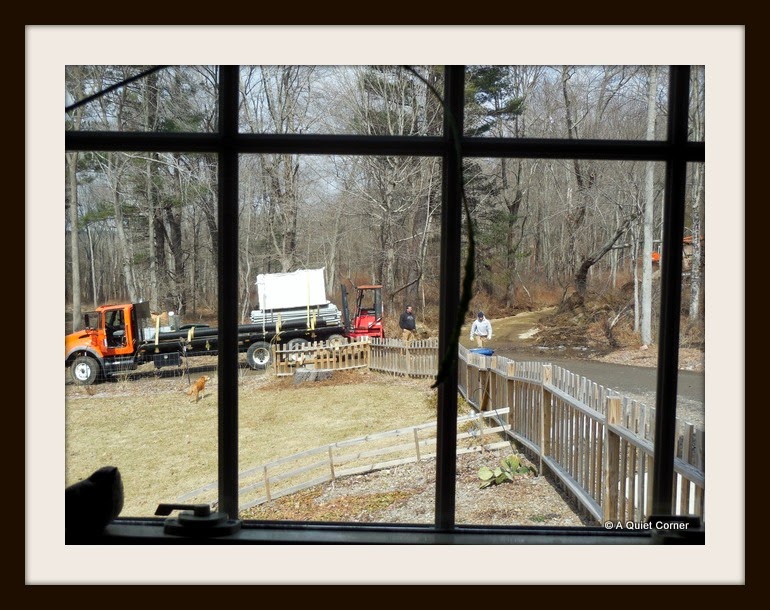 Once we build the stand alone garage (the second garage) which will hold the Pres' Dodge diesel, the ATV, trailer and about a thousand other tools, we won't see their house at all because it is set so far back.  We were glad of that since we love our space!

When OS stopped in for his visit, we gave him a big bowl of homemade chicken soup, a sandwich made on Panini bread, which I knew he would love, and a chocolate crunch brownie (along with a few to take home because he said they were yummy!!). 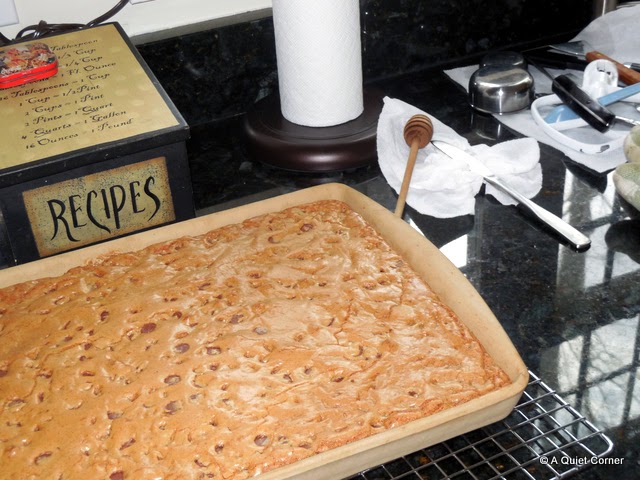 The Chocolate Chip Bars for my house/dog sitter were baking when OS stuck his head in the door and said, "It smells so good in here OM."  All I could do was smile and say, "They're not done yet...but in a little while, come back."

Anonymous said…
A 3 acre property is perfect in size. Both our last house and our current were on just over 3 acres, lots of woods and VERY private. Good choice on your OS part to use 3 acres.

Nonnie said…
When we lived in the country, we had 5 acres. Thankfully, we didn't mow all of it. We enjoyed our being 1/2 mile from the county road except during winter! You sound like quite the chef! Good thing I just finished breakfast a while ago.
March 29, 2014 at 10:58 AM