Last night as I drove toward the get together, a lot of thoughts soared through my mind. Yet the question that kept resurfacing was...would THEY remember me?

Me?  A nobody that began as a part-time teller struggling to raise two children on my own.
Me?  A young woman who "got the job" despite the fact she couldn't afford panyhose for the interview, wore a jean skirt and navy espadrilles with a blouse borrowed from her friend's closet topped with a blazer
she made on her Singer sewing machine the weeks before.  (With the exception of the blouse and blazer, the entire outfit was against HR dress code!!)

Would THEY remember me?

Walking into the restaurant and telling the maitre d' I was there for the Centerbank gathering, he pointed to the direction where we would be eating followed by "The are meeting at the bar beforehand."

Just as I rounded the corner, there was Kim.  It had been sooooooo long since I last saw her.  But she remembered me as we exchanged a long warm hug.

A tap on my shoulder found me turning around to find Sandy (aka Buzzy).  She remembered me.

Then there was Bob.  Greeting me with the smile he always wore and, "Hey, Kid," He remembered me.

And there stood Marty with his wife Donna...and Victor, sitting at the bar.  I found myself soon surrounded by fellow Centerbankers...original pre-merger Centerbankers.

Standing and talking with Vic, I would turn, to find Anne (who was married to my college friend's younger brother)...Anne, who adopted one of the kittens that my Fatty Fuschia had!!).  She too remembered me.

Then there was Cindy, still tall and beautiful.  And Sue, one of the nicest people I knew.  Then Jackie and Don and Spurrie and Dawn and Mary and Vita and Delores and Bill and during dinner, Rich walked in soon followed by Jimmy and the list goes on reeling through my mind as I write this.

Of course, I brought my camera, but I was too busy hugging and squeezing and kissing and talking to them all to take any!!!

Yes, last night reuniting with my former colleagues was exciting...wonderful...heart warming.  It was just like GOING HOME!!!  Oh, and one more thing.  They remembered me...:) 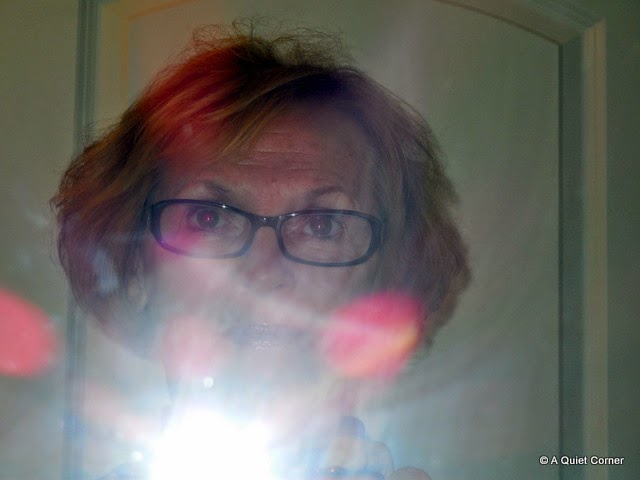 Does being remembered make you feel special?

Judith @ Lavender Cottage said…
My first full time job from high school was at a bank and could I exchange some stories with you!
It was nice that there was a reunion, that you were invited, and remembered. Glad you had a good time - you've come a long way since then.
April 24, 2014 at 8:12 AM

Jeanne said…
SUCH A GREAT EXPERIENCE to be remembered and so validated that you were a special person in all of their lives! Glad it was a great experience for you!
April 24, 2014 at 8:36 AM

Sandra said…
yes, it would make me feel good if they remembered me, my problem would be rememring their names. faces i could do, but names are iffy
April 24, 2014 at 9:43 AM

Linda said…
Glad they remembered you and that you remembered them. I would have had lots of trouble with names, but you seemed to do just fine. I tried the banking business for one week back in 1972 as a substitute teller during school vacations. After that first Thanksgiving week, I quit and stayed with my "day job" teaching. I could handle other people's kids better than other people's money! Linda@Wetcreek Blog
April 24, 2014 at 4:41 PM

Ann said…
It is nice to be remembered. I was out shopping one day and ran in to someone I went to high school with. She greeted me with a warm hello and called me by name. I could not for the life of me remember what her name was. I felt like such an idiot...lol
April 24, 2014 at 4:55 PM

Buttons Thoughts said…
Oh how could they forget such a strong woman? I went back to my old workplace one day and all the faces had changed it has been 34 years so I guess that would be expected. I do meet on occasion those people and yes there are always lots of hugs. Special indeed. Hug B
April 25, 2014 at 7:39 AM

MorningAJ said…
I'm not sure I'd go back for a works reunion. I can't think of anywhere I've worked that I'd like to re-live. And sadly the majority of former colleagues I would like to meet are no longer with us.
April 25, 2014 at 2:31 PM