Trouble With A Capital "T"

Remember how the Pres and I planted all those flowers...all those bulbs...recently?  What was it two weeks ago?  You know the ones on the top stone wall?

See that look on Moon's face?
The "wild look"?
The "I need to hunt look?"
The "I'm up to something" look?
I should have stayed outside after I snapped her picture because... 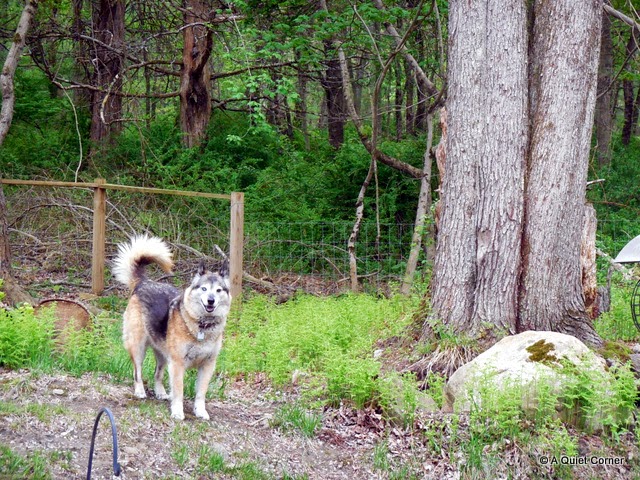 When I came out onto the deck about fifteen minutes later, I noticed the rocks first.  There they were...a bunch of them...at the base of the stonewall that the Pres just built up!!  Oh, heavens to mergatroid!!  I knew he would be pissed angry when I told him.  It wasn't until I got closer to the wall that I noticed the soil on top, thrown everywhere...and the plants, thrown everywhere...and more rocks...everywhere!

After being scolded for "digging in my garden" she walked away, head hanging in shame, which just about broke my heart! 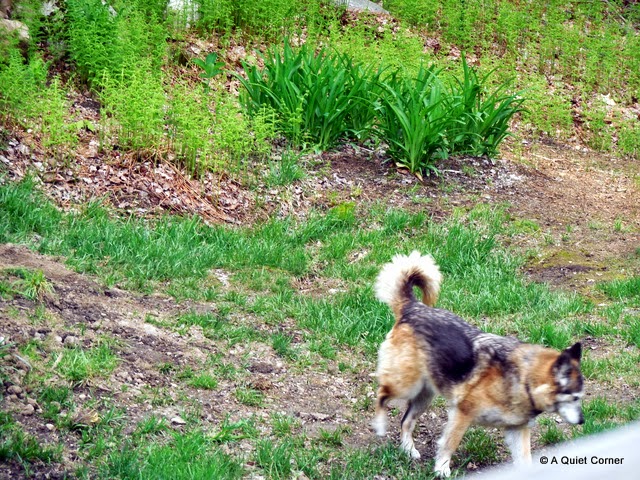 The reason behind the excavation work done by Moon.

So which one do you think it was? 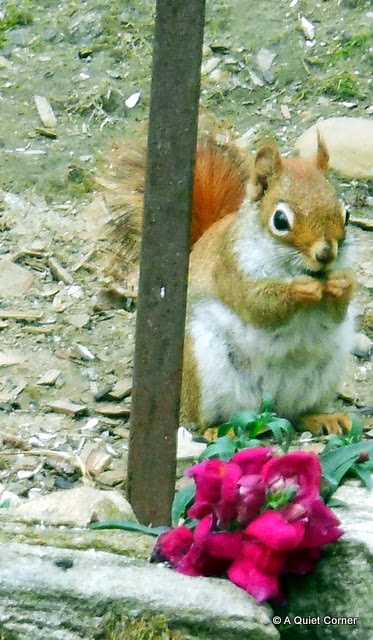 Was it Red, Bubba's cousin, the bold and the brazen red squirrel? 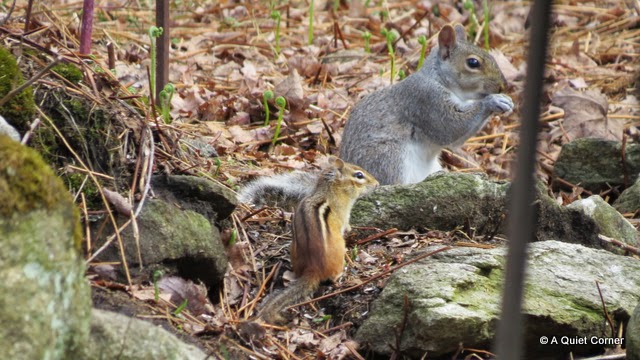 Or was it one of these rascals?

Linda said…
Our dog Flip got so excited to see us today when a thunderstorm was brewing that he ran right through a planted raised veggie bed. He didn't remember that was "forbidden territory." Give your Moon a dog biscuit for chasing out those squirrels. And next time don 't plant your flowers on squirrel food banks ;))) Frustrating all that gardening, isn 't it? Linda@Wetcreek Blog
May 27, 2014 at 7:00 PM

~Kim at Golden Pines~ said…
My money is on the bold and the brazen red squirrel, being cheered on by Moon! :-)

Mimsie said…
No, of course it couldn't have been Moon. Must have been those pesky squirrels, adorable as they may be. A big disappointment though and hope the plants may survive OK.
May 28, 2014 at 8:06 AM

Lisa @ Two Bears Farm said…
Desperate times call for desperate measures. Those critters needed rounding up!
May 28, 2014 at 8:14 AM