While on vacation this year, I discovered a neat spot where lots of birds hang-out. Although it was really off the beaten path, I feel safe in Aruba because of the places we go, I guess.  One morning, as I rounded the thick brush and peered toward the open brackish water, not only were there birds but there was a man standing near the edge.

Immediately noticing his demeanor and how he was dressed, I saw the binoculars, the long lensed camera and typical birding attire.  It was then that I continued in toward the marsh.

Acknowledging my presence, then introducing himself, he began to tell me stories about the birds in his country.  Then it was my turn to tell him about the Bald Eagles back home.  Although he said he'd never seen one in the wild, his eyes popped with interest as I told him of the experiences from last year.  Two old birds talking birds...:)

As we traded stories he began to name birds as they came in and although his accent was heavy, I had him repeat them occasionally.
Unfortunately, I had no notepad with me to take notes but next time I will because he taught me a lot. 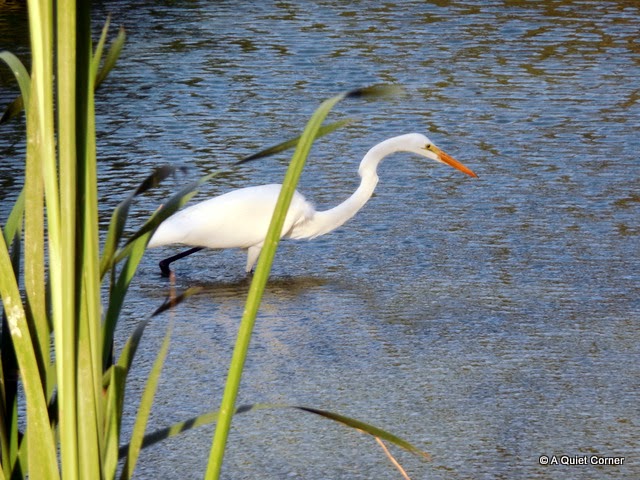 So, I labelled theses pix, but if I messed up, forgive me because all I had was my memory until I got back to the hotel!   When I did finally get back to the resort, I rushed to grab a pen and paper and began jotting down names.


A big thank you to Juanitizio,


a gentleman from Venezuela who was kind enough to rattle off the names to me...:) and exchange some pretty awesome experiences with me as well. 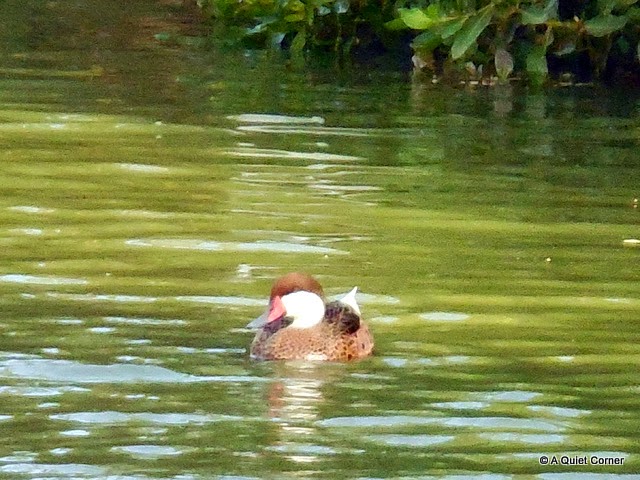 I learned the Cormorants were drying their wings when they were flapping in the brush, that the Sora is a shy, timid marsh bird and that Crakes...well, Crakes are just too adorable for words!!

Sharing some Aruban leftovers with you and those at

Kathy W said…
Awesome shots. I am horrible about writing the names of things I take a photo of. I need to start carrying a pen and paper with me. Hope your day is wonderful!
June 25, 2014 at 7:25 AM

Mimsie said…
Thank you for sharing such wonderful photographs and the names are an added bonus to we folk in other parts of the world who love to learn about nature.
How great that you met the gentleman who had so much knowledge to share with you.
June 25, 2014 at 7:30 AM

Sandra said…
I love learning new things, as in electronics or software or technology.. also other things. but my problem is, you told us the names of the birds today and next time i see one i will not remember. same with trees. i look trees and flowers up to find their names and the next time i have to look it up again... yes to learning even with a senior memory..
June 25, 2014 at 8:47 AM

Musings, Tea, and Me said…
Enjoyed your wonderful bird photos - what a neat experience, meeting a fellow birder like that. Learning keeps us young, doesn't it? Feels like that, anyway! Vickie
June 25, 2014 at 9:31 AM

TexWisGirl said…
since they're in another country, they may be known by another name. the red-throated heron is the same (i presume) as our green heron. :)

Ginny Hartzler said…
How awesome you ran into the nice birdwatcher, otherwise it would have taken quite a bit of research! I love the heron, he reminds me a bit of Groucho!
June 25, 2014 at 3:15 PM

Ann said…
very cool to run into someone who's so knowledgeable and willing to share what he knows. Love all your shots and I wouldn't know if you messed any of the names up or not :)
June 26, 2014 at 4:50 AM