Glad to Be Out Of The Closet 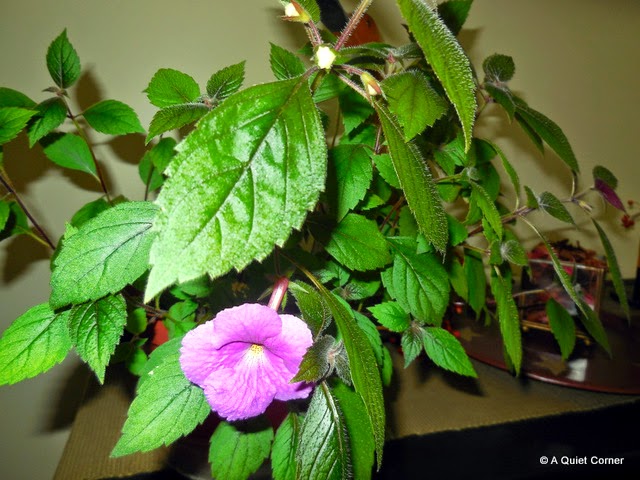 Writing myself a note last year when I forgot to take Alva out of the closet was well worth it. Taking her out of her dark cardboard box when we got back from vacation in April, I wondered.

She really didn't look that great but knowing that she has come around for the past four years, I gingerly snipped the dried, dead branches from the pots just as I've done in the past. 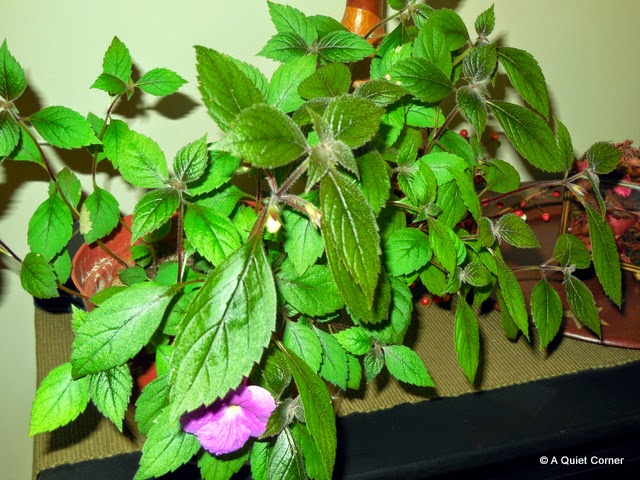 Watering her sparingly and avoiding bright direct sun, I watched her evolve...once again.

Next year I have to take pix of her in the various stages so you can see her remarkable transformation because it really is remarkable!

So yes, Aunt Alva is alive and well in 2014 and
glad to be out of the closet! 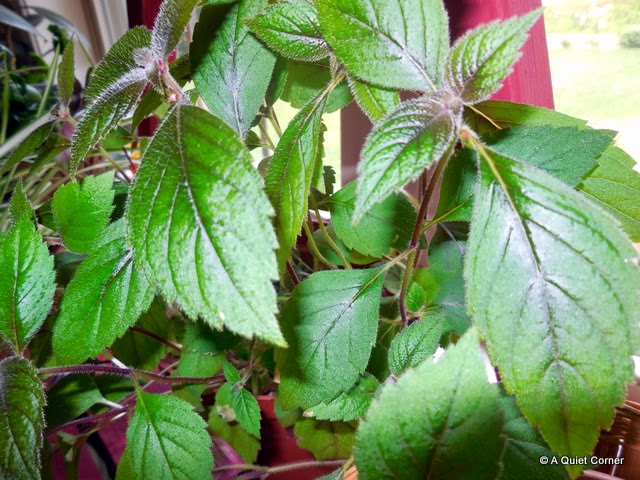 If anyone out there can tell me exactly what kind of plant she is, I would appreciate it. I truly have no idea other than how to care for her:

Bloom and flourish until Fall indoors...indirect sun...water weekly.
In late September, she is placed in a cardboard box and put in the closet...no light...no water.
In the Spring, she is removed from the closet & box. All dead, dangling,dried up stems are cut off. She is then placed in indirect light and watered weekly.
In a few weeks, what look like tiny leaves begin to appear on the 1/4 inch stubs before nubby grayish shoots emerge from the soil. The shoots become stems loaded with lush green, fuzzy, oval, toothed leaves, with reddish burgundy undertones.
Then the buds (resembling those of impatiens) begin to form becoming a delicate purple flower.
From ugly to beautiful...every year...just like Aunt Alva herself. (read Aunt Alva's story)

MadSnapper said…
i never forget her name because she shares that name with my grandmother..and she is every bit as amazing as my gonnie was... i just love seeing and hearing that she lived another season.
July 22, 2014 at 9:49 AM

carol l mckenna said…
Heard you good do this with poinsettas too ~ creative work and great shots of the beautiful plant ~ thanks, ^_^

Laura said…
Everything is more beautiful when we slow down, look close and take the time to truly see.
July 23, 2014 at 1:32 PM