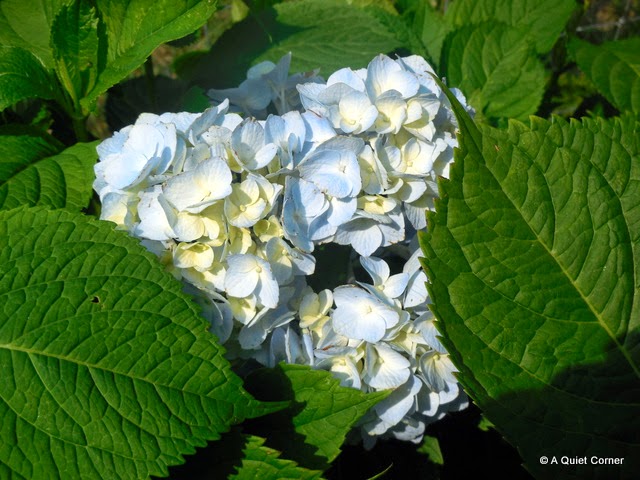 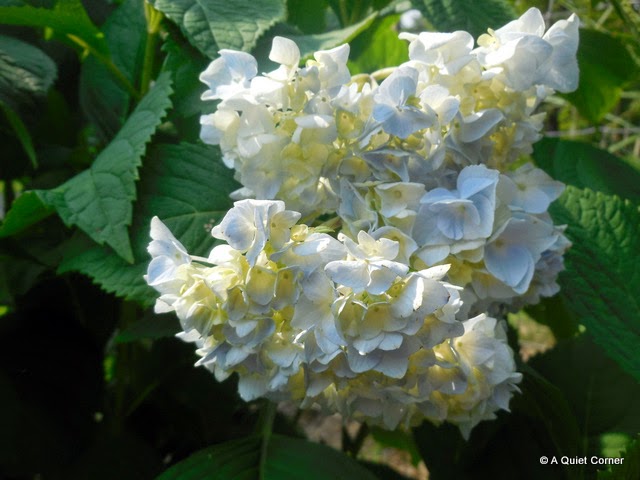 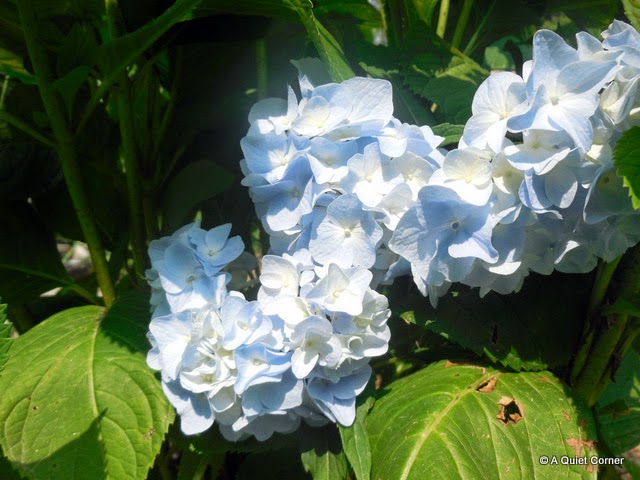 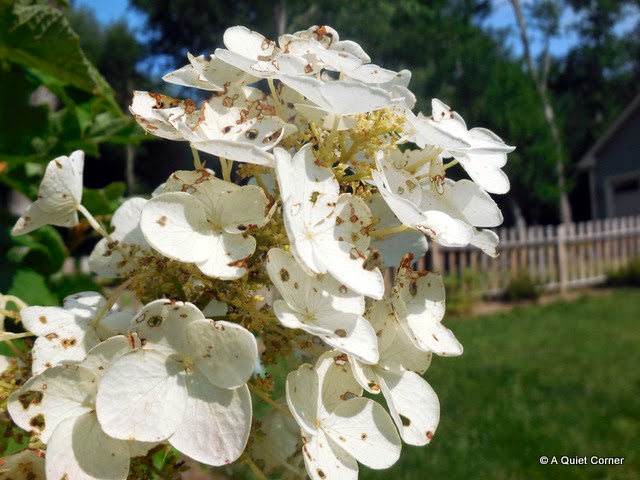 Nurturing our hydrangeas regardless of where we've lived, the Pres and I were a tad disappointed this year.  Starting out strong, our Oak Leafs became inundated with Japanese Beetles.  Each morning and late afternoon we would set out to capture as many as we could in our hand held jars.  That was, I might add, in addition to the Japanese Beetle Traps!

This is what prompted the Pres to invest in Milky Spore with beneficial Nematodes, hoping to tackle the problem.  Expensive initially but with four applications a year, until the product is at peak efficiency, we continue to treat the lawn and gardens our old standby.

When I began to do a little digging (not in the dirt) about grubs, I read that there are certain birds that indulge (YUCK!!) in this delicacy. 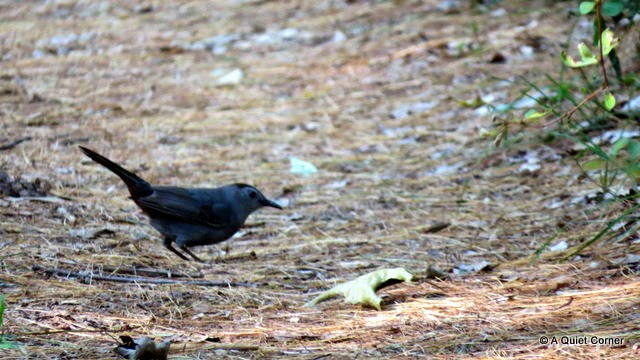 What do you do to prevent Japanese Beetles?

Blondie's Journal said…
I don't have Japanese beetles, at least I have never seen them. I have had issues with grubs. They ate my lawn 2 years ago and I am still reseeding to get it back to what it was. I actually think they are back...the grass is turning a little brown in spite of the tons of rain we've had and when I see birds out there poking into the ground, I know they're after something. Any suggestions on that?

Ann Thompson said…
The only place I've had a problem with any kind of beetle is in the pool. It's always got a ton of them floating in it.

Felicia said…
sorry the beetles are eating your hydrangea. they are quite nasty
July 29, 2014 at 8:15 PM

Chris K in Wisconsin said…
We had a horrible infestation of Japanese beetles 2 years ago. It was just awful. The leaves of our trees and flowers looked like lace because they were so chewed upon. Last year we had none. Just within the past few days I have seen several in our yard. The beetle traps seemed to work 2 years ago. There were hundreds inside those things and the smell was pretty gross. I have heard spraying works, but we never tried that. Good luck.
July 29, 2014 at 10:20 PM

eileeninmd said…
Your hydrangeas are pretty. But, I am sprry about those beetles.. We have used the bags in the past.. I have not seen any lately.. Enjoy your day!
July 30, 2014 at 5:22 AM

Rambling Woods said…
I was told that the traps attract more of them to your yard from other areas as the attractant travels a good distance. I don't have many here.. Sorry that they are an issue for you...Michelle
July 30, 2014 at 3:56 PM