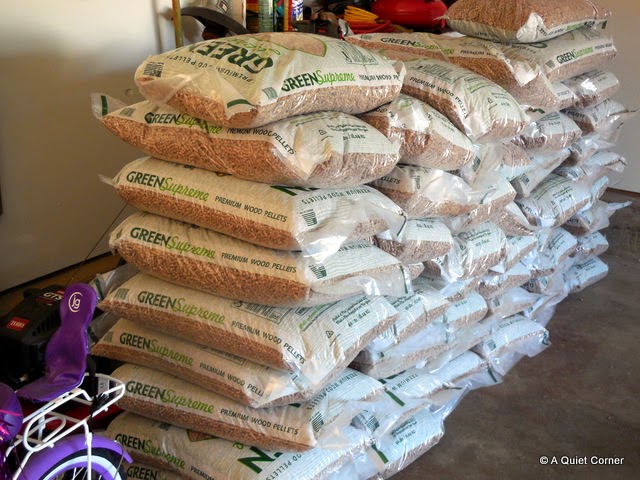 "First things first," said the Pres to my son.  "Lets unload the pellets here in the garage."

Of course, that was once we arrived at his house.  The four bags that fell off the trailer when the Pres hit the brakes were smashed and pulverized by traffic.  Thank goodness no one was hurt!!! 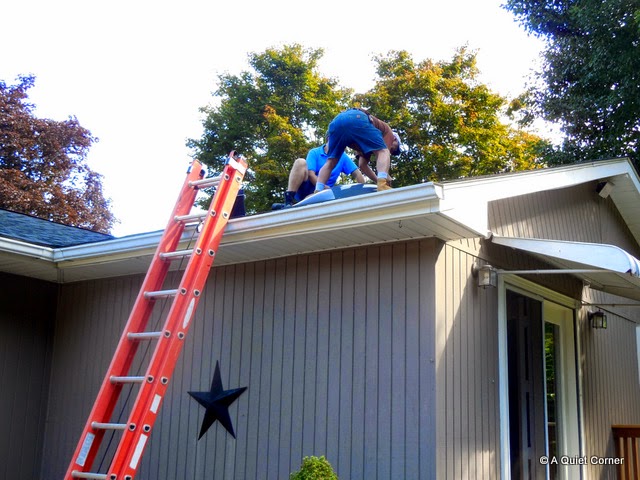 Then the real task began.  While I watched Mia, the Pres and "the boy" began tearing up the roof shingles to access the two skylights which were being removed.

Apparently, when their roof was put on, the flashing was never put under the framing causing leaking...UGH!

Gosh, my honey knows how to do a lot of stuff!! 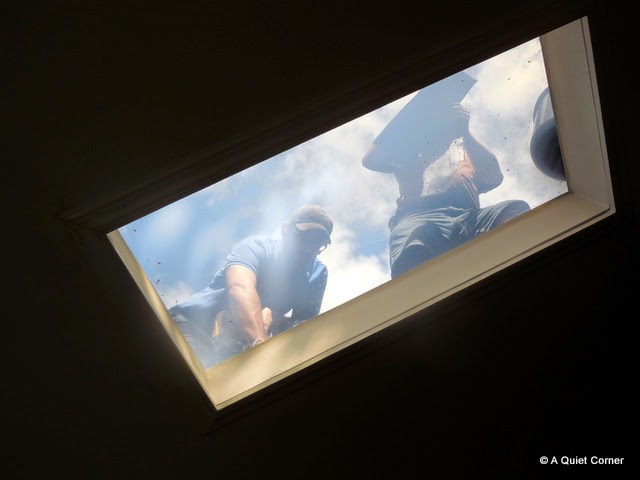 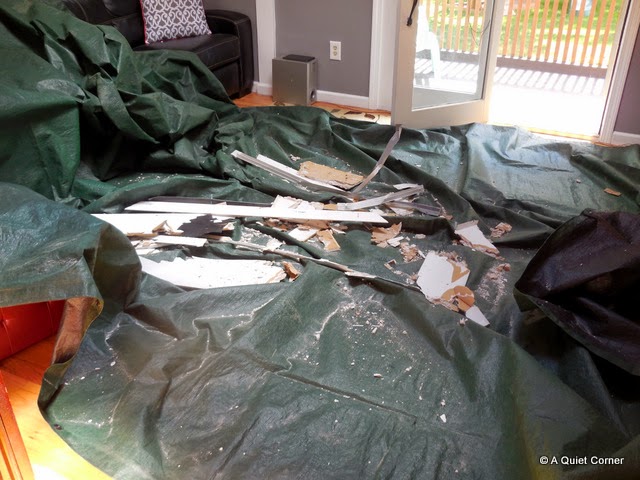 So in the two days we went over, they shopped for roofing materials, removed both skylights, sheetrocked and taped the interior of the family room.

But when the boy mentioned painting, the Pres put the brakes on.  He hates to paint while my son loves to...:)

They also re-did the plumbing completely under their new kitchen sink, drilled all the holes for the new hardware and decided the next project would be to relocate a workbench in their basement.

Any improvements going on in your house?

Thecreativeme23 said…
I LOVE my handy hubby - congrats on having a handy hubby of your own!!

Lisa @ Two Bears Farm said…
That's crazy they didn't do the skylight right. hopefully the problem is now permanently fixed!
August 26, 2014 at 7:27 AM

Anonymous said…
The best part is, 'The Boy' is learning all these little skills as he goes along. One day he will be 'the man who knows how to fix everything'.
August 26, 2014 at 8:09 AM

Ginny Hartzler said…
You saved hundreds of dollars! But what a close call on the highway! Glad it ended well. We have a lot of painting that needs done, and our bathroom floor is getting huge mushy bumps so we have to have it taken up and new plywood and flooring put down.When you own a house, there is ALWAYS something, it never ends!
August 26, 2014 at 6:36 PM

Ann said…
we've had the deck and patio project that still is not completed but it's getting there. Nice that your husband does all that work.
August 26, 2014 at 8:00 PM

Ann said…
we've had the deck and patio project that still is not completed but it's getting there. Nice that your husband does all that work.
August 26, 2014 at 8:00 PM

~Kim at Golden Pines~ said…
We have painting projects that will begin once the cooler weather comes. And I envy your having someone who can make these projects look so easy!!
August 26, 2014 at 8:52 PM

Beatrice P. Boyd said…
Our improvements days are finished unless, of course, something breaks and needs repair. We have decided that the future new homeowners (when that happens) can come up with new projects. Our focus these days is selling off lots of "stuff."
August 27, 2014 at 6:57 PM