It just would NOT be quiet.  For nearly three straight hours the intermittent cry of the young eagle continued.  On and on it went and judging from the direction of it's squawk, it was right over our treeline.  Knowing that it was waiting for a handout from the adults, I readied myself with my tick-repellent clothing and began the walk in.

Noticing several trees that had apparently been taken down by the last heavy wind and rain storm we had, I approached the clearing and the cry continued.  It was during the last few cries that I spotted it...about 100 yards away...looking so regal. 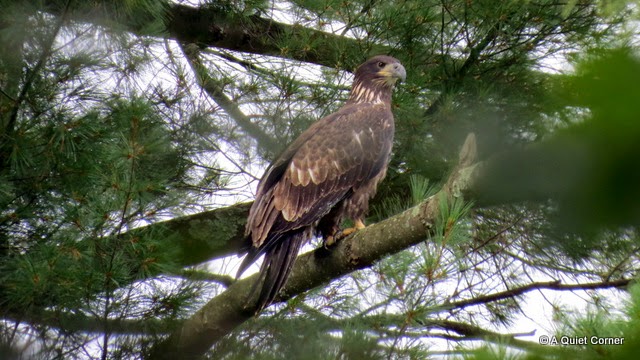 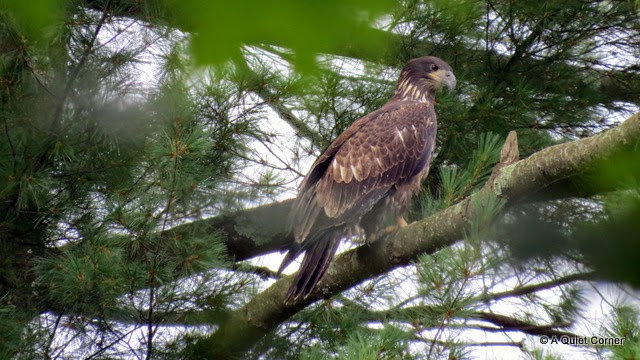 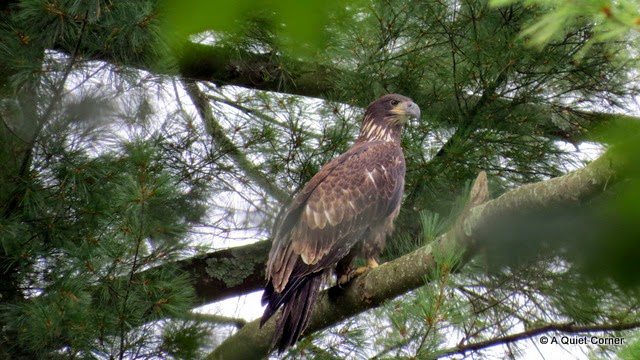 Did I tell you that in my last email to Kate, she told me I was a "good steward"?

Well, after she said that, I, too, have been sitting tall!

Ginny Hartzler said…
These are super pictures! He looks almost grown up now, I wonder how long until he is kicked out?
August 20, 2014 at 1:55 PM

Judith @ Lavender Cottage said…
You are a good steward for the earth and the creatures.
Nice photo of the youngster.
August 20, 2014 at 4:30 PM