The Bold and The Brave

No.  It happened right here.
I watched the whole thing unfold right in front of my eyes!

The other morning at the base of the bird feeders, I saw a gray squirrel picking through the fallen seed.  Nothing out of the ordinary, just scratching and picking as usual. Not long after "the gray" arrived, an interesting first episode of "The Brave and The Bold" began to play out.  Do you remember Red, Bubba's cousin, right? 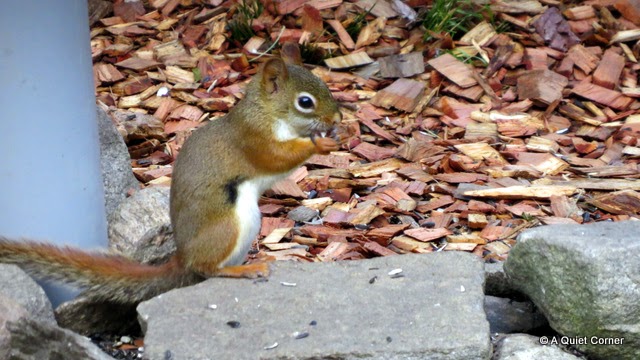 So there they were one BIG GRAY SQUIRREL and one tiny little red squirrel.
Guess who chased who out of the picture?
Yep. I just couldn't believe my eyes. Red chased and scolded "the gray" over and over again until the big gray finally got the message.

Apparently I have a little red squirrel with a Julius Caesar complex that lives here in A Quiet Corner. 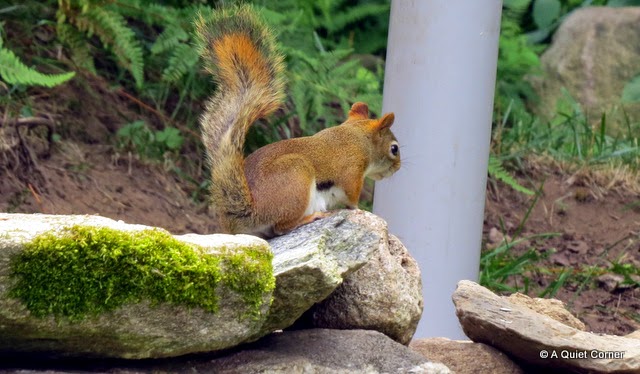 And so, the first episode of "The Bold and The Brave" ended with the little guy triumphant.  However...

Linda said…
We have a similar situation with our hummingbirds. We always call the aggressor by a certain nationality that I won't mention here. Maybe we should stick with Tom, Dick, and Harry. ;) Linda@Wetcreek Blog
August 29, 2014 at 7:40 PM

Bee Lady said…
So funny...little animals sometimes don't know they're ittle. They've never been told. So they go about their Merry way pretending they can do anything! Good for them!
August 31, 2014 at 5:00 AM