When the next crew showed up to put in the utilities, OS (Other Son, who built our house) was on hand the majority of the day as well. As a "GC" (General Contractor and owns his own business), he has several jobs going on simultaneously and we are always happy to feed him and whoever else is here. 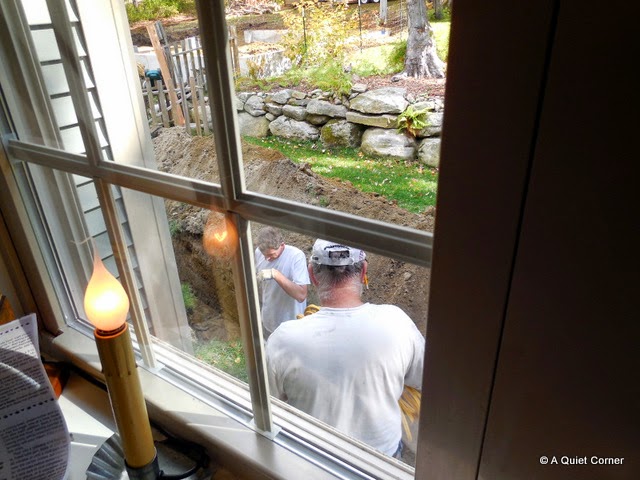 The night before, the Pres had made the most delicious crock pot of beef stew for us so as we handed out bowls of stew with warm sliced Italian bread to "the boys."

I handed OS a leftover sausage, cheese, pepper and onion sandwich wrapped in a paper towel....our idea of "to go" as he headed out the door toward his truck.

About twenty minutes later, he was back in the kitchen pointing to the stew telling me he was told to come in and get some. Filling his bowl and slicing him some bread, I followed him outside. I'll clean up the kitchen later, I thought. 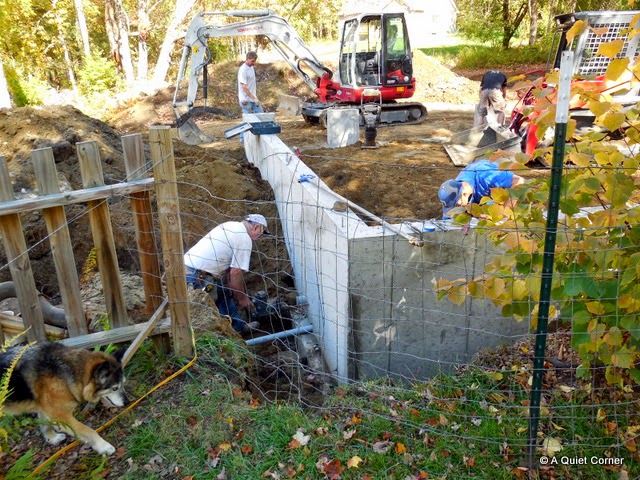 Sitting in the grass with Copper in my lap, I watched and listened as the trench was dug from the well to the hydrant and connected. Then the trench to the house with the Pres drilling all the holes through the basement walls to run the conduit for the electric.

It was, I believe, during that process when I heard Darryl say, "Longhair, did you get the connector, elbow and coupling we need?"

Longhair? Who in Heaven's name are they talking too? I thought.

So, in my illustrious wisdom, I said, "Did I just hear you call OS Longhair?" 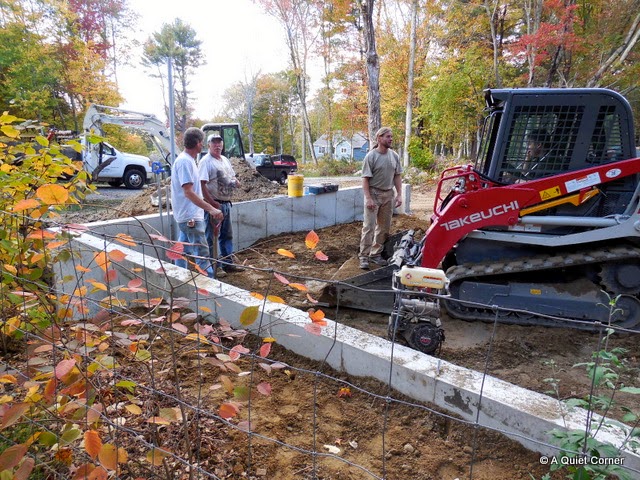 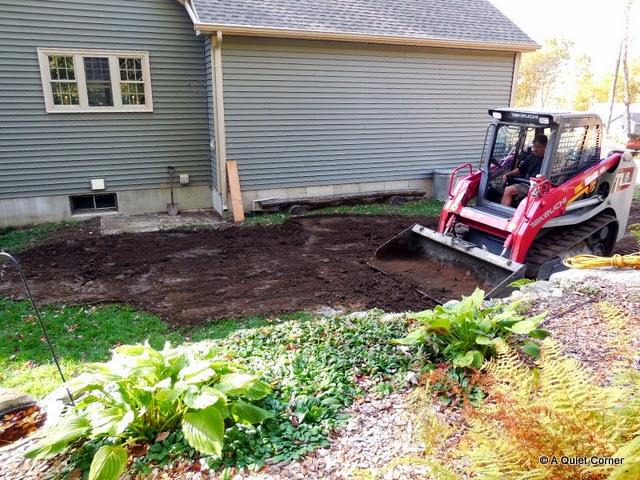 It was John who then explained that ever since OS has been growing his hair, the local hardware and all building supply companies in the area now refer to him as "Longhair."  Ken, a longtime friend who works with with OS, is known as 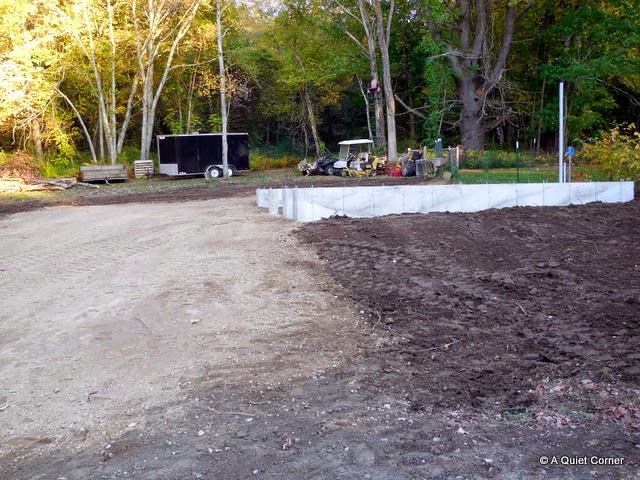 After backfilling the trench, the crew grated the area around the garage, leveling the three truckloads of processed gravel for the driveway and parking area near the garage.

Sharing what was going on in

Anonymous said…
Trades people must line up at your door for business knowing they are going to be fed.
October 17, 2014 at 6:52 AM

Monkeywrangler said…
Nicknames are useful, and often funny. I understand why folks are lining up at your place to be fed! I think it sounds like a good idea myself, but you are safe, as it is too far to travel, even for beef stew. ;-)
October 17, 2014 at 8:52 AM

eileeninmd said…
I can see why Longhair is his nickname.. I am glad things are moving right along and your son is there to help.. That is cool. Happy weekend!
October 17, 2014 at 6:03 PM

Stewart M said…
Nice . My sister in law mentioned that she had never met anybody who has an many different nicknames for their own children as me! And when I think about it, I don't call them by their real names very often!

Ann said…
The way you feed people I bet you have no problem finding anyone to do work around your house...lol

We give nicknames to customers at the store all the time. We have lots of regulars that we don't necessarily know their names so we give them a descriptive name. Some are flattering, some aren't.:)
October 18, 2014 at 5:40 AM