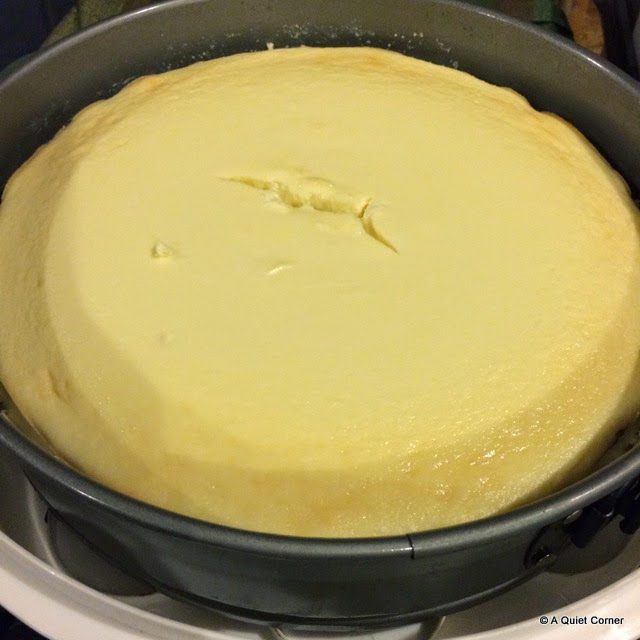 Okay, so I didn't make thousands of cookies this year...only about twenty dozen but I made an awesome cheesecake

Using a recipe I got from my friend from the gym, it was better than any other I've ever made.  Baked using a water bath,
her recipe called for for ricotta, low-fat cream cheese and low-fat sour cream. 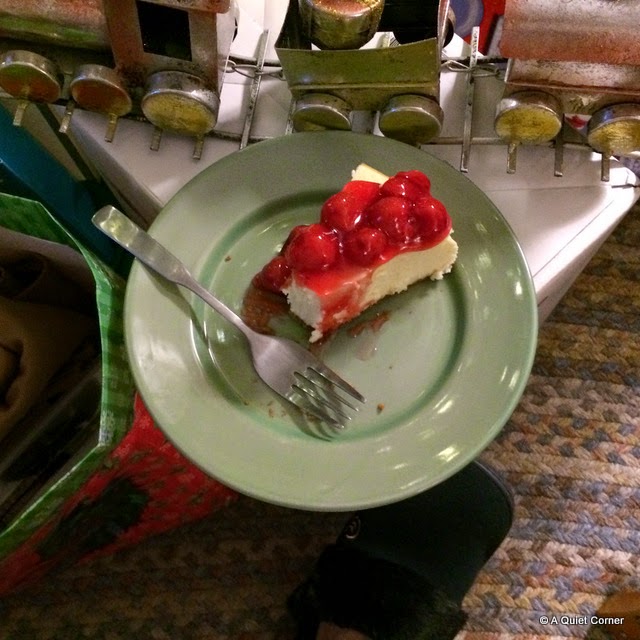 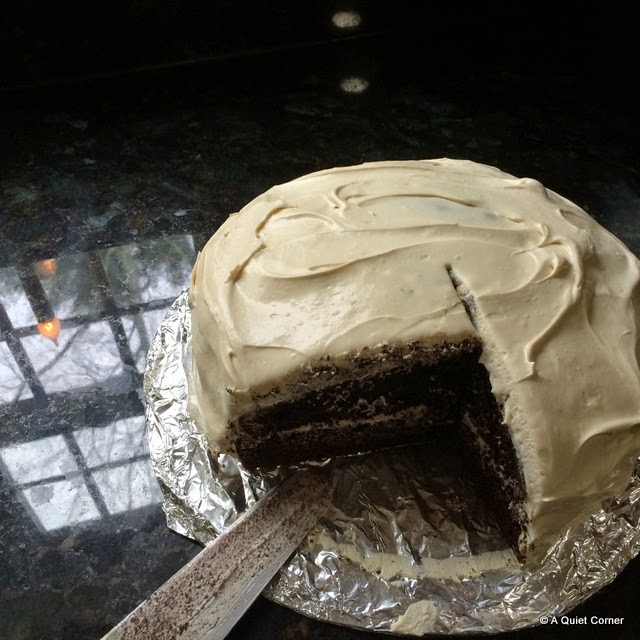 For my birthday in December, I wanted to treat myself to something special.  So, I made a dark chocolate fudge cake using one 8" round then cut that in half.

I had some leftover peanut butter frosting I'd made for something in the freezer but it was only about 1/2 cup so I became creative.

Adding about 6 ounces of low-fat cream cheese, 2 heaping tablespoons of peanut butter, and a few huge scoops of Cool Whip to the leftovers resulted in sheer heaven!!

The question is:
Can I duplicate it???? 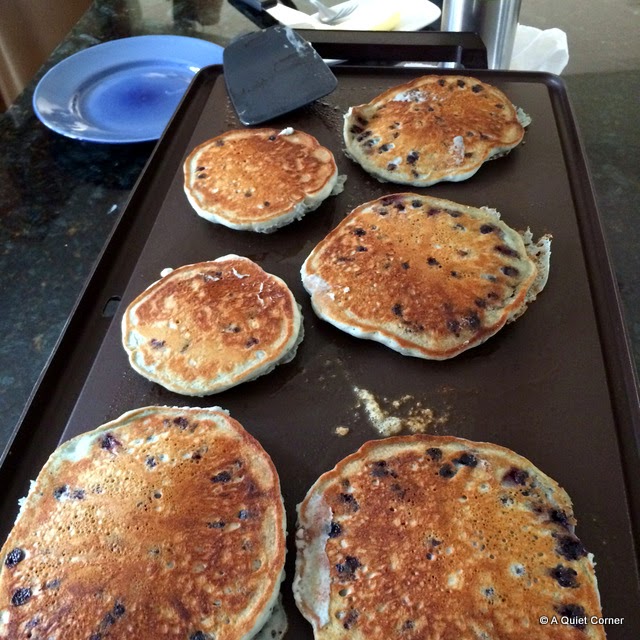 Lastly, the other morning, while the Pres was snoring, I decided I wanted BLUEBERRY pancakes for breakfast.  They were worth every grunt and groan I heard, while watching the local news!

Angie said…
Soooo, would you consider sharing that cheesecake recipe? :) And that cake sounds divine!
January 16, 2015 at 7:03 AM

Ann said…
It all looks good and as much as I love anything chocolate those pancakes are calling my name right now
January 16, 2015 at 2:16 PM

Texan said…
Cheesecake is my all time favorite dessert. The pancackes look awesome as well!
January 16, 2015 at 5:17 PM

Angela said…
It all looked so good! I've never tried to make a cheesecake before. Happy late birthday! Your cake looked really good. Now I want some cake and it's midnight! lol I have never thought about making pancakes on my long griddle like that.... That would be so many easier and faster! I usually make one at a time and it takes too long to make them that I don't make them but probably twice a year if that. I'm not much of a breakfast person, but I need to change that. I do make breakfast for dinner at times though! I guess I don't feel like making all of that food in the morning! lol
January 18, 2015 at 12:13 AM