Loving the snow, this dog of mine was built for Winter. When we head outside, one of the first things Moon does is gobble up a few mouthfuls of snow.

Yes, Winter is for snow!

She follows the cleared paths for just so long before she decides that wading through the stuff would be a lot more fun.  An independent and head strong dog, she is extremely obedient and very quick to learn.

Fur on her feet helps keep her warm as she trudges through the snow. Another trait of Huskies is that they dislike being confined and Moon is definitely Husky.

Enabling her to find leftover kibble now buried in the snow, a great nose has it's advantages too, although that could be the German Shepherd in her.  She can locate just about anything that you bury.

In fact, it seems that this young lady decided that the aroma coming from the frozen suet nailed to a nearby tree was so tempting she just had to go investigate. 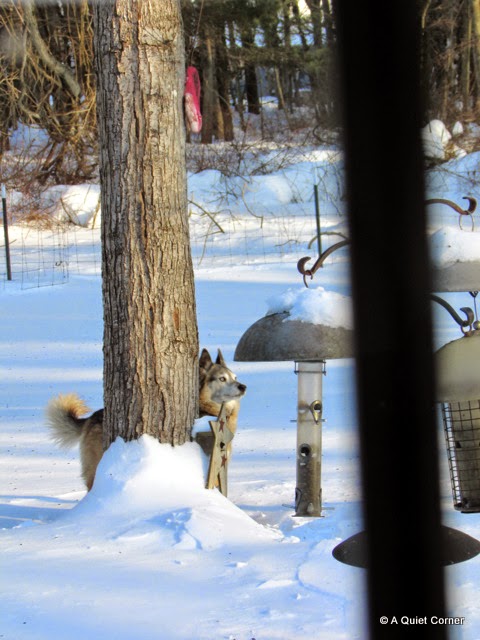 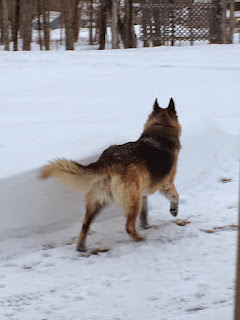 Then it was off for a little hunting.

Listening intently through the snow, she would pounce suddenly, then dig.

Unfortunately, she came up empty and headed to another section of the yard before lying down in the "white magic."
. 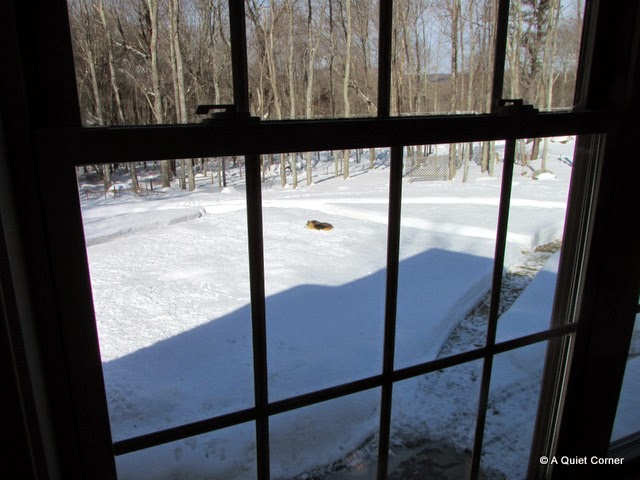 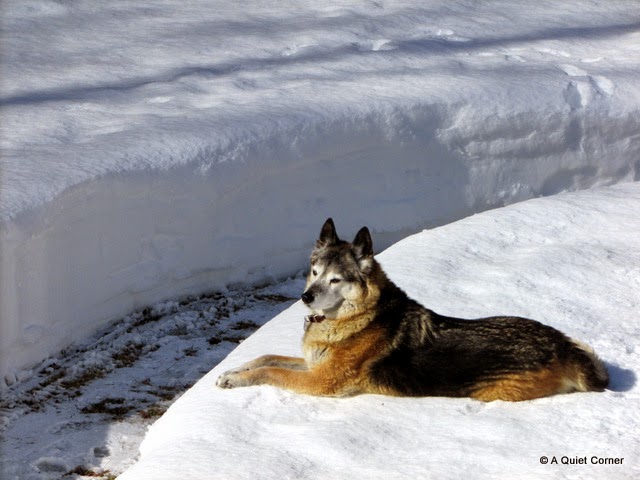 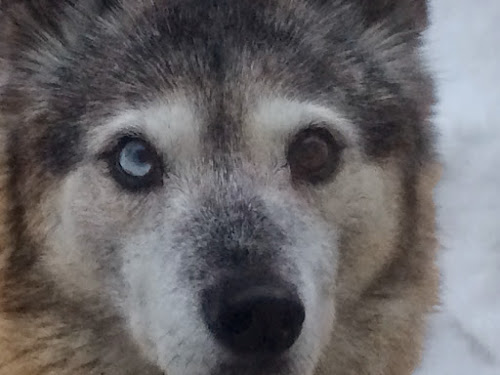 Yes, Winter is for Huskies, too!

Sure, the Beagle "Miss P" won Best in Show
But Moon would win BEST IN SNOW!


Her personality really comes through in photos, don't you agree?

eileeninmd said…
Moon is a beautiful dog! She does look more like a husky in the face than Shepherd. Great photos, JP! Thank you for linking up and sharing your post. Have a happy weekend!
February 28, 2015 at 6:02 AM

E. said…
i love that doggie finds it comfortable to sit on cold chilly snow. so cold. have a nice weekend. stay warm. ( :

Ginny Hartzler said…
I love your word play of Best In Snow! This is where she feels most at home I am guessing. What fun for you to hide treats under the snow! She is so beautiful and expressive. I bet she hates the hot weather.
February 28, 2015 at 1:30 PM

Ann said…
She has my vote for best in snow. These are awesome. Love the one of her laying in the snow.
Duke used to love the snow also. He would go out there and bury his head in the snow all the time.
February 28, 2015 at 3:26 PM

Anonymous said…
"Best in Snow"...love it! Moon is in his element.
My beagle doesn't really care for the snow at all.

Felicity said…
Moon is absolutely gorgeous and I live in Texas and it was strange to see actual snow falling!
February 28, 2015 at 6:10 PM

Stewart M said…
This is technically the first day of Autumn here today - and we had no 40 degree plus days this summer - which is great as far as I am concerned.

There are miner birds (like mine) and myna birds as well!