Hard to believe that the following pix were taken January 19th, since there was absolutely no snow on the ground considering what's out there now.  Spotting it when I went into the kitchen, I couldn't remove the lens cap and focus fast enough.  Although not crystal clear, the photos reveal enough.

There it stood, over it's prey. 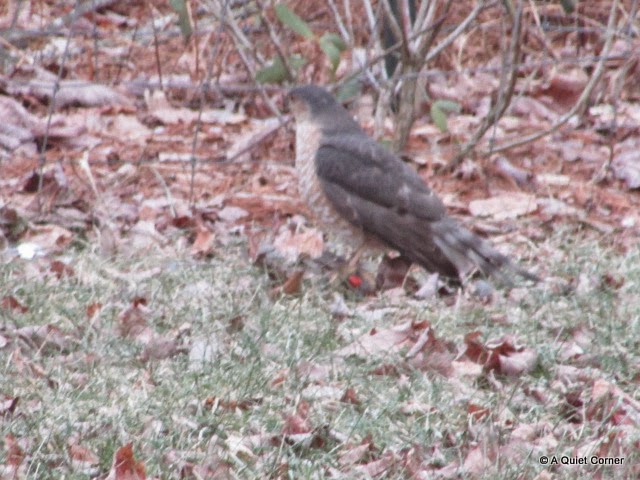 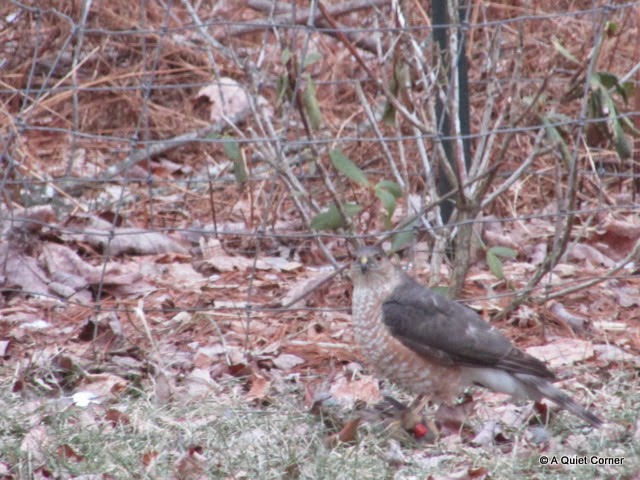 Looking in my direction for a split second, it seemed to know that it was being watched. 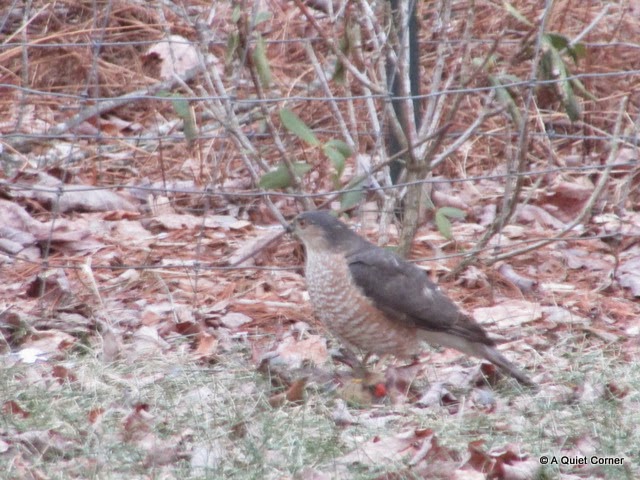 Then the other day, Moon was creating quite a ruckus downstairs as the Pres and I were in watching TV.  The Pres went down thinking that they wanted to go out.  Just as he got to the door, a hawk took flight.  It had been sitting on one of the snow covered wooden rockers on the patio and Moon was just telling it to get lost...:)

Sharing a "tail" with you and those at

Ann Thompson said…
What an awesome capture. That second one he does seem to be looking at you and probably wondering if you're going to try and steal his meal
February 25, 2015 at 5:56 PM

carol l mckenna said…
Beautiful capture and nice not to see any snow! Great post too.

Judith @ Lavender Cottage said…
Great capture JP, sure glad you got the lens cap off in time. I stood one time with the binoculars watching a hawk in the backyard, forgetting all about getting my camera. :-)
I know they have to eat too but finding a pile of feathers is sad, isn't it?
February 25, 2015 at 9:17 PM

Breathtaking said…
What a fantastic sighting, right on your doorstep! Dogs are amazing, their sensory perception is so much greater than ours.
February 26, 2015 at 3:27 AM

eileeninmd said…
They are good hunters.. I've been watching my birds being spooked off by some kind of hawk! Have a happy day!
February 26, 2015 at 5:30 AM