While the Pres was in the hospital, I was extremely nervous one particular morning so I kept busy...mopping, vacuuming, dusting, laundry.  Meanwhile the Pres was having a few tests done while under anesthesia which meant he would not be back in his room until that afternoon. 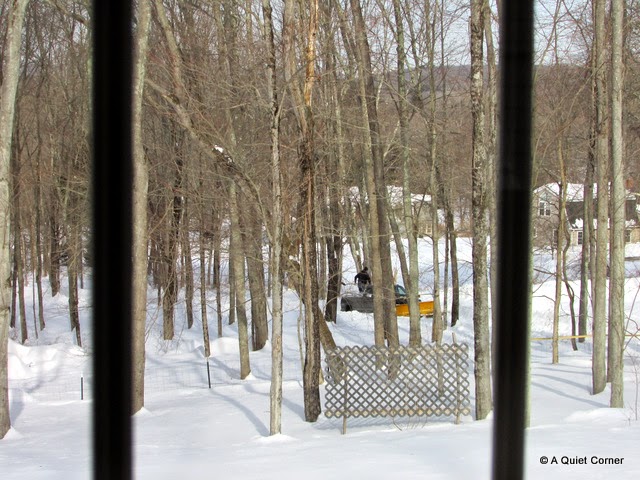 Looking out the window, I squinted to focus on what I was seeing at the bottom of the hill.  then I could see a truck stopping as it made it's way up.
Scheduled to bring me to the hospital later that day, there he was.  Luke was spreading sand by hand, stopping intermittently along the road.  He'd gone to the sand bank, filled a 55 gallon drum and was spreading it by hand trying to make "the luge" safer. 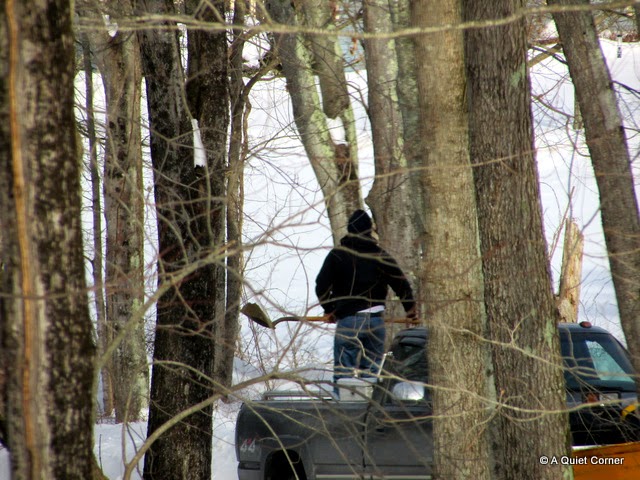 Once he made it up to our driveway, I opened the garage.  Asking him if he wanted breakfast, he took off his workboots, came in and we enjoyed blueberry pancakes and sausage with OJ, speaking of the Pres' condition the whole time.  Tell me something.

After we finished breakfast, he told me he was going to crank up the snowblower "just to clear the area where the deer come in," so I went about my business of cleaning up the kitchen.  A few minutes later, there was snow flying up past the great room windows.  He was snow blowing all the paths for the dogs and I again! 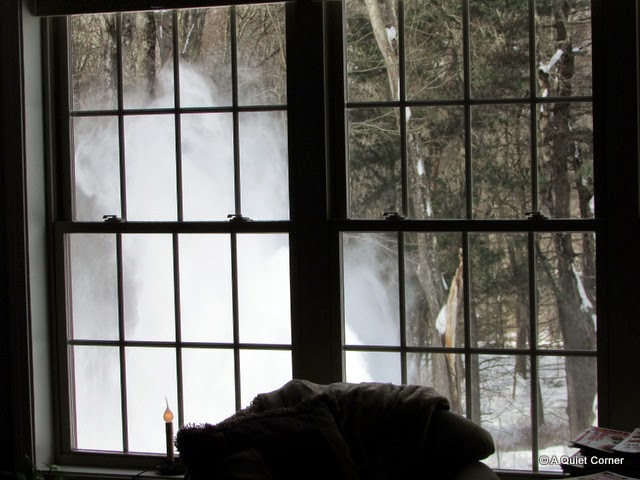 I'm telling you they come from Heaven...:)

Sharing Heaven sent friends with you and

Beatrice P. Boyd said…
Agreed, JP, friends like Luke are very special. And, you are as well for making that great breakfast which he most surely aplreciated!
March 13, 2015 at 7:20 AM

Sandra said…
YES they do come from heaven and you have found a gem.. i love the snow pic out the window. i clean house when i am fretting or nervous.. always have
March 13, 2015 at 8:32 AM

MorningAJ said…
If you have heaven-sent friends it means you deserve them. You are a good friend yourself. That's where they come from.
March 13, 2015 at 3:52 PM