It Was Time or Was It?

After the Pres took his numbers (BP/HR) Thursday, he suggested that I call the local tire shop to see if they had time to take my car in that morning. We planned on having the snow tires removed from the standard rims, put on the news steel rims and put the all-seasons back on their standard rims. That would make swapping out the tires a lot easier next Winter, something that my son suggested.

When I called the local shop, the response was immediate and without hesitation. "Bring it in. See you in 15 minutes," the GM said.   Asking Papo if I could scoot out to the garage to watch and get a pic or two, holding the door ajar, smiling he replied, "It gets noisy out there." 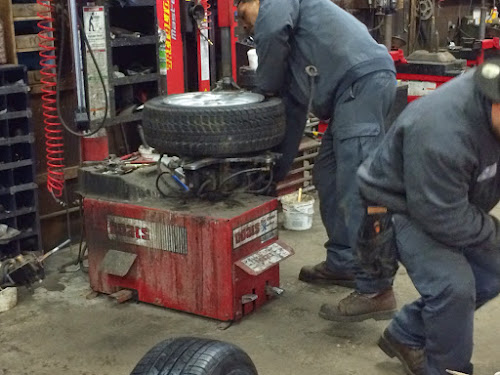 While the crew of three jumped into the task at hand after Papo explained what needed to be done, there was only one fella who was willing to pose for me. 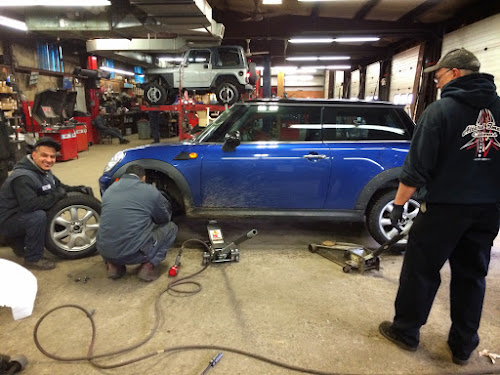 This was done on Thursday, March 26th.

The snow began Saturday, March 28th, around 7:30 am and ended close to midnight.
Before it got dark, this is what it looked like.

Gosh, you have to admit, "white magic" sure is pretty... 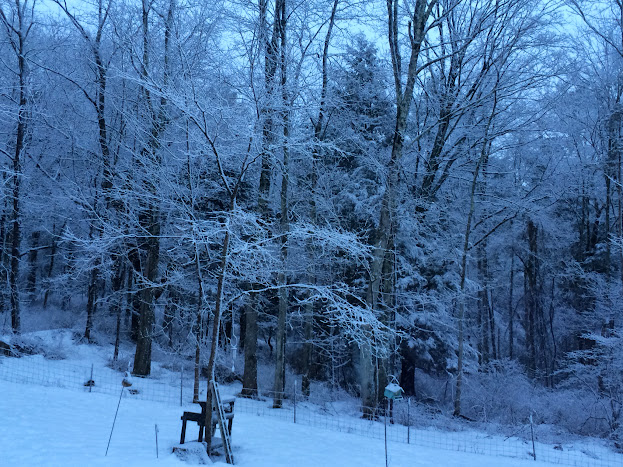 even when it doesn't bury the fence for

The following morning it was, once again, beautiful. 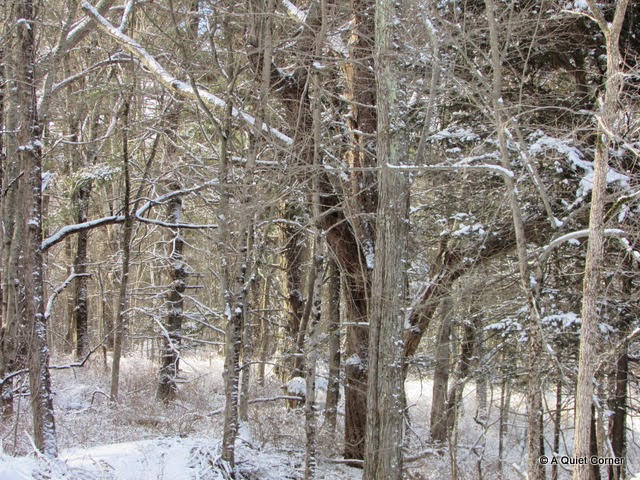 MadSnapper said…
that kind of snow is pretty and doable, gone in the next 24 hours. hope you don't get snowed in with the wrong tires. my hubby the mechanic would be the one with his back to the camera. he hates all things camera
April 2, 2015 at 11:10 AM

TexWisGirl said…
another blast. it is pretty, though.

Ann Thompson said…
I will admit that the white magic is pretty but I still don't like it. I think if I could stay inside and just watch it through a window instead of going out and brushing snow off my car and shoveling I might like it more
April 2, 2015 at 4:59 PM

Ida said…
Isn't that the way it always happens? - Glad the snow wasn't too bad and it did look pretty with your fence. We didn't even need snow tires at all here this winter.
April 2, 2015 at 6:29 PM

Starry Dawn said…
Hi sweetheart,
Thank you for your kind thoughts!
I visit you this day to wish you,
HAPPY EASTER with your dear family
and beloved ones!!
Your photos look great.
I am impressed.
Thank you for sharing your world with us!
Easter Greetings from Starry.
April 2, 2015 at 8:40 PM

Ginny Hartzler said…
The snow picture is beautiful! And you just KNOW it will snow if you change the tires! The same principal as it will rain as soon as you wash the car.
April 2, 2015 at 9:03 PM

Unknown said…
Great pictures of the shop! I love watching other people work ;)
And I love the blue fence photo :))
Happy Easter to you!
【ツ】Knipsa