There was a lot of activity with the Eagles this month especially from the 15th through the 21st. Sighting one adult nearly every day, hearing chatter and occasional chirping coming from the nesting were all good signs. But then I noticed that there were two immatures hanging around the nesting area and returning daily.

It is very possible that they were the immatures from 2013. I have learned from the experts, it is not uncommon for them to return to the nesting area for free food and become confrontational with the adults...their parents! 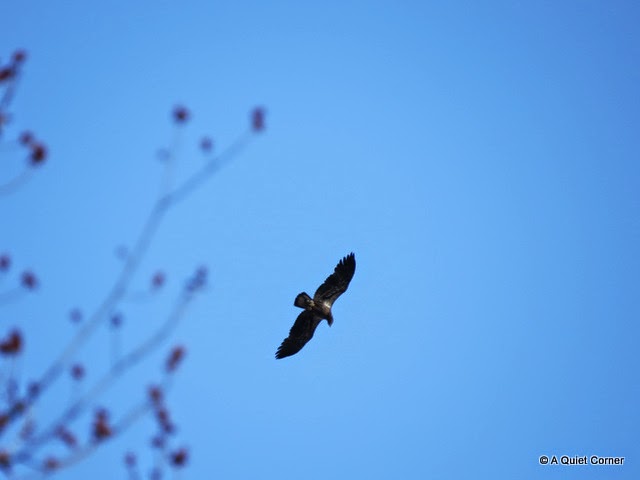 Then one day I heard a ruckus...a big ruckus...a lot of chirping, shrieking...screaming Eagles, if you will. I spent a lot of time outside that day...listening, watching, waiting for an adult to appear. 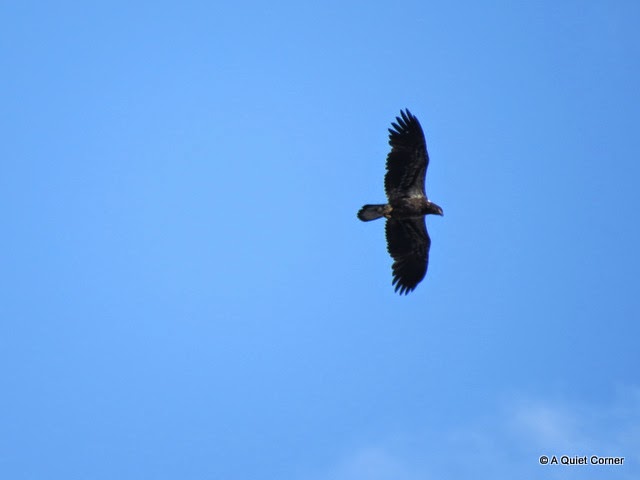 However, what I did observe were the two immatures leave the nesting area.  Soaring over our yard, they headed due North followed by TWO adults from the nesting area causing me to say out loud, "Both are off the nest. This can't be good...not if they are on eggs." 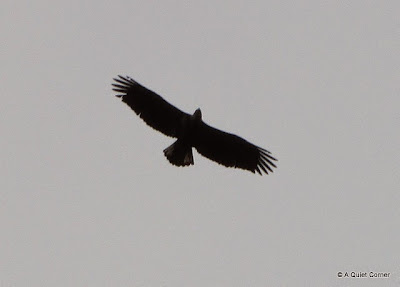 And so I waited (which killed me) for a five days and finally went in Sunday, the 26th.

The nest was quiet. No signs of life. No chirping...not a sound...even as I walked closer than I should to the nesting area...not a chirp, no warning sounds...nothing. 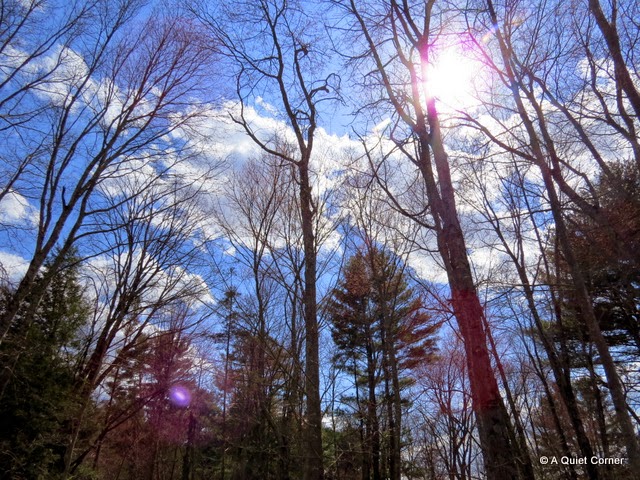 I went back in late today after seeing the adults occasionally throughout the week.  Once again, no sign of activity around the nest.  I have been told by the experts that either they abandoned the nest, the nest was "unsuccessful" or the egg didn't hatch.

So it looks like I will be closing the journal for this year.

EG CameraGirl said…
So sad!Something dreadful must have happened when you heard all that noise!
May 2, 2015 at 8:49 AM

Sandra said…
something must have happened to the eggs. i am sure God directs how many should be born or not born. if all the eggs hatched for all the birds the sky would be to full to fly.. love that last shot of your woods
May 2, 2015 at 9:25 AM

Ginny Hartzler said…
So sad! Do you think the parents tried to chase off the raiders, and while they were gone the eggs got taken or damaged? The end of an exciting and fascinating time, boo hoo.
May 2, 2015 at 12:06 PM

FAB said…
Nature can be cruel. Whatever the reason for their departure let's hope they might return in the future.
May 2, 2015 at 1:27 PM

Stewart M said…
Ah. Not the best outcome, but there is always next year.

Anonymous said…
What a shame. Hopefully, they will return next yea rand have a more successful outcome.
May 2, 2015 at 9:23 PM

Mimsie said…
So much sadness and such a pity that another generation of beautiful birds didn't make it.
May 2, 2015 at 10:39 PM

~Kim at Golden Pines~ said…
Big or small, I feel sorry for any birds when they're not successful at raising those little ones -- Eagles especially are sad because each one is precious
May 3, 2015 at 9:31 PM

Irma said…
Beautiful pictures of the eagles.
Really sorry that they have left the nest, maybe they are trying again.
Best regards, Irma
May 5, 2015 at 4:25 AM

MTWaggin said…
Ahh that is rather disappointing for sure but they'll be back next year to start your journal all over again! :)
May 5, 2015 at 10:37 AM