They Wheeled ME Away 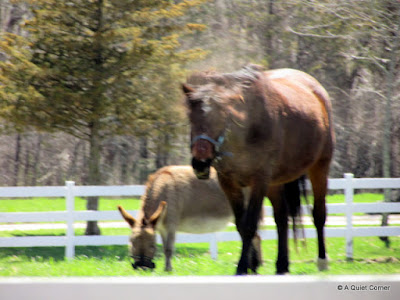 Taken towards the end of May and sharing with you and

these "not too far from home"
shots should give you an idea of how I feel today.

Of course, they have nothing to do with what happened to me on Tuesday, but that's how I roll...:) 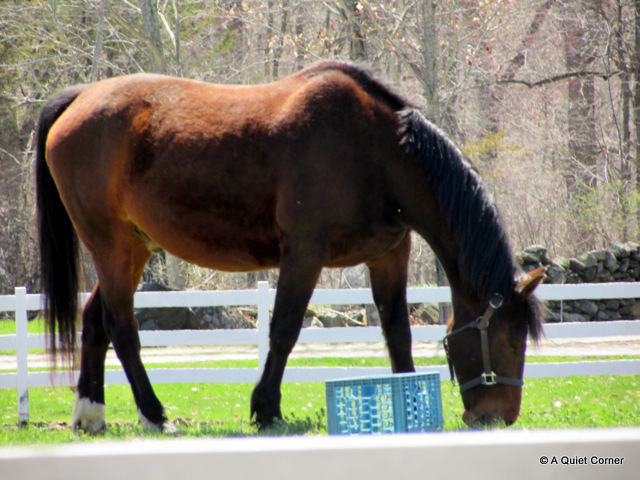 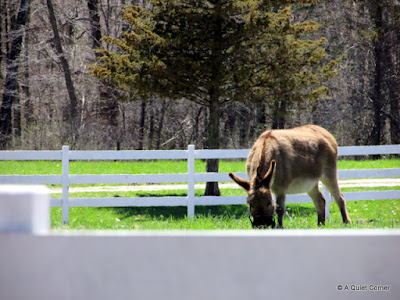 Not long after Luke returned from his solo walk, the rehab nurse helped him sit in the chair in his room.  And I mean sit....bending at the both hips.  While the Pres leaned against the Heat/AC unit near the window, I sat on the edge of the bed.

Listening to Luke tell us about how it felt to be able to move his hip, glute and leg muscles, I began to feel warm and took off my lightweight raincoat.  Suddenly the feeling of dizziness and lightheadedness was overwhelming so I tried to stand and walk towards the Pres and the chair near him.

Yep.  Then they wheeled me away.  Long story short?  Six hours later and after having a multitude of tests which were fine, I was given my diagnosis.  SYNCOPE.  (Go ahead, look it up.  I did.)

However, I was also severely dehydrated because I hadn't been drinking the amount of water I normally do over the past few days...just too busy.  Upon discharge, I promised the doctor I would skip Tai Chi that evening and the gym the next day, get some rest and take in fluids.  I am.
Email Post
Labels: Critters Family Friends Health-Wellness Rural America

eileeninmd said…
Oh wow, I think you may be over doing it. Do you have low blood pressure normally? I guess if you were going to be sick you were in the right place at the right time. Take care and be good to yourself..I love the horses and fence shots. Have a happy day!
June 11, 2015 at 6:57 AM

Margaret Birding For Pleasure said…
Yes SYNCOPE is the medical term for fainting! All the same it was good to get all those tests adn now know you are A!. Great fences and I love the horses
June 11, 2015 at 7:05 AM

Gayle said…
Let me guess - syncope = fainting?
Of course finding the reason was the main priority but sounds like the diagnosers were a little premature.
Glad all is well; take care.
June 11, 2015 at 7:40 AM

Monkeywrangler said…
DH often gets syncope but his is positional aka positional hypotension. As in, he gets light headed from standing up from a seated or squatting postion.
June 11, 2015 at 7:59 AM

Sandra said…
I did look it up and that is what happened to a friend at the YMCA, one minute she was standing the next she was down. same as yours... all those test, they should have listened to you but glad you are ok and being a good girl today
June 11, 2015 at 8:17 AM

Judith @ Lavender Cottage said…
Quite a scare JP, glad you are all right. As mentioned by others, it couldn't have happened in a better place .
Great shot of the horses and the white fence.
June 11, 2015 at 8:32 AM

TexWisGirl said…
can't let luke have his moment, can you? ;)

Cranberry Morning said…
I promise I will look it up, but I'm going to guess here: You fainted (like you were trying to tell them!) Anyway, hope you're feeling perky now. Love your photos today!
June 11, 2015 at 11:03 AM

Linda said…
Hospitals tend to make me feel faint, too. Don't know what it is! Glad you are okay, but I knew something was wrong since you were not blogging as usual. Drink lots of water! Take care of yourself, girl! Lunda@Wetcreek Blog
June 11, 2015 at 12:30 PM

Ida said…
So sorry to hear about your "fainting" incident. It's to bad that you had to go through all those tests just to get the same outcome that you were trying to tell the doctors it was. - Thank goodness it wasn't something more serious.
I do like your horse/fence shots here today & am glad you are taking it a little easier.
June 11, 2015 at 1:14 PM

barbara l. hale said…
Glad to hear that your condition wasn't as dire as the medical personnel thought! Take care of yourself! Nice horses inside the fences!
June 11, 2015 at 2:47 PM

Anonymous said…
Oh so sorry to hear that . My goodness.

Yes one can get dehydrated fast. You poor dear.

Your pictures are lovely and your fencing.

Ann Thompson said…
I could have given you that diagnosis and I wouldn't have charged you for it....lol I passed out once at work when it was just me and the boss there. He told me there are easier ways of getting a day off....lol
Drink that water and take it easy :)
June 11, 2015 at 6:54 PM

Pauline said…
My first visit to your blog, just like me to arrive in the midst of a crisis. So glad you are feeling better now and my thanks for a timely reminder to drink more water. Take care.
June 11, 2015 at 7:33 PM

Jeanne said…
Well so glad that you are now home and drinking more fluids! So good that syncope was all that it was. Sometimes these moments are a wake up call.
June 11, 2015 at 10:23 PM

Pamela Gordon said…
First, I'm glad you're ok. Second, that must have been quite a scare for you. Third, Nice fence pics. Take care of yourself and stay hydrated and rested. Hugs. Pam
June 12, 2015 at 7:25 AM