On The Bright Side (Part 2)

Of course, plants aren't the only things that needed to be moved to prepare for the tree removal.  My nearly twenty year old potting bench had to be relocated.  Sounds simple enough, right?  Well, when we went to pick it up, the legs literally began to fall apart. So, what else could a girl do but ask the Pres to build a new one, using the old as a model. 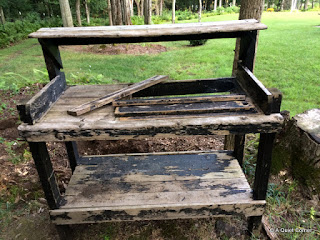 And he did.  Making an almost identical bench.  He even went to Home Depot and bought the rectangular pans (2nd pic) that are recessed beneath the boards with the "finger holes." 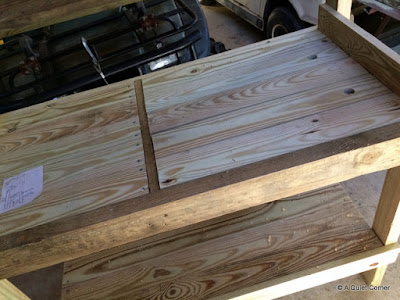 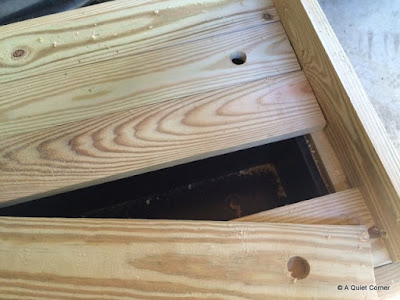 So now that he showed me what a great job he did on my bench, there were just a few more things to take care of..."the birds."

Right now my feeders line the stone wall.  Well, they did anyway.  Moving two of the feeders the other day, we thought it would take them a few days to find them.  We were so wrong!  Those little feathered creatures picked up on the relocation in a matter of minutes.

But did you know that there are guidelines to follow when placing feeders?  Scoot over to this link from Cornell and insert your info.  It is OUTSTANDING!

This time my placement, which totally agrees with their recommendations I might add, was very well thought out.  Intentionally giving them more cover from all the Falcons and Hawks, I asked the Pres to place them close to the thick woods where there is lots of underbrush for cover, in addition to all the trees where they can perch and peck away at their seeds! . 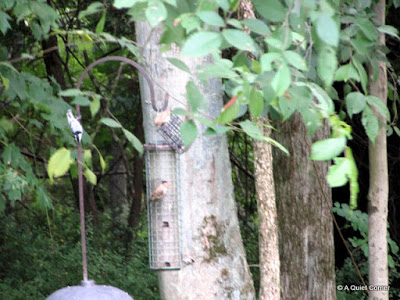 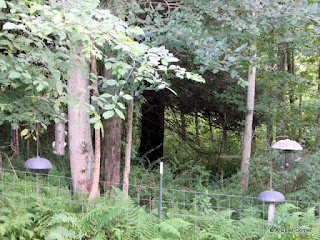 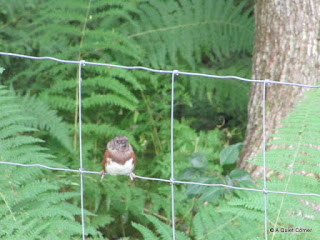 Perching on the fence, just look how happy this female Towhee looks!!

eileeninmd said…
Good morning, your new potting bench looks awesome The Pres did a wonderful job. And the birdies will be happy with the feeders being close to cover and protection. Your female Towhee is pretty. Happy Monday, enjoy your new week!
August 31, 2015 at 7:11 AM

Ann said…
it's nice to have a guy around who is handy like that. Looks like a nice potting bench.
I had no idea there were guidlines for where to put feeders
August 31, 2015 at 8:31 PM