Now that I'm back to the gym three mornings a week and just life in general, we have been pretty busy. The Pres went to his monthly Fish and Game Club meeting the other night and it was very nice to just "veg" while he was gone. He's been getting out more with our neighbor Luke too which is great! 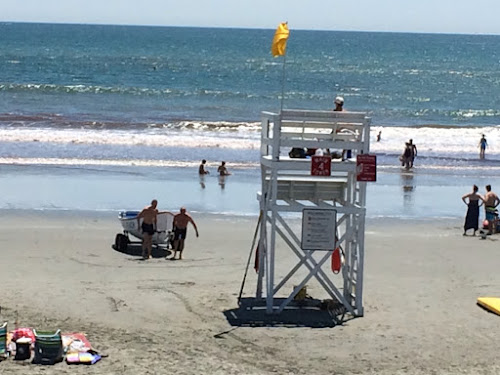 We went to the beach Sunday with my daughter, Angel, my son, DIL and Mia. My daughter planned the entire affair...cooking out at the beach and it was great!

Sitting under the umbrella in the bright green stadium chair, he told me his eyes were getting heavy. It was while he was napping that I began to pack up our stuff because I knew he was not going to make it until 7pm.  All that fresh beach air and soft Southerly winds tire you out, you know. 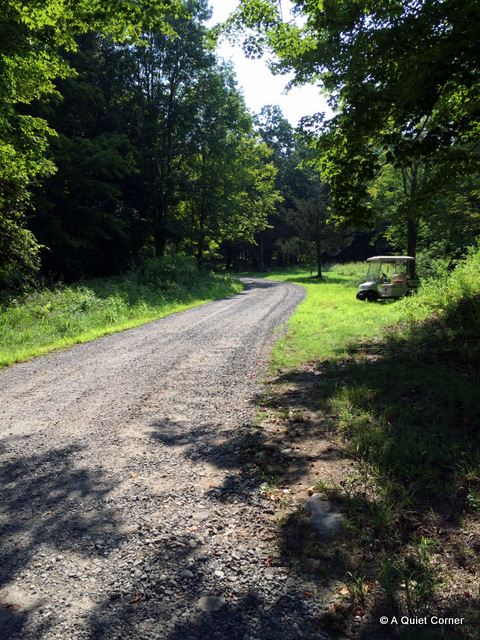 On Tuesday, while I waited at the bottom of the gravel road in the golf cart for my son and Mia, I thought about the Pres as I snapped the pic of the mid morning shadows.

He'd gotten up at 6:00am...pretty unheard of for him unless absolutely necessary. He was meeting Angel to go fishing at a huge lake on the CT/RI border.

However, once he got home, I found that his fishing trip was no where near as fun as the time spent with my son and Mia.


When they arrived we had bagels and cream cheese while we chatted. Telling me all about camp, she told me how her new favorites vegetables are zucchini and eggplant. Each day at camp the kids would pick something from the garden and then enjoy "Garden Gourmet" teaching them how to prepare it. So baked zucchini sticks and eggplant pizza are now regular foods. They made S'mores baking them in the sun just to teach them how hot the sun can be! Then of course, there were the goats and ponies where they learned to be around animals and care for them.  Although reluctant at first, she went on and on about Millie,"who was pregnant, Nana and oh her kids are so cute!" 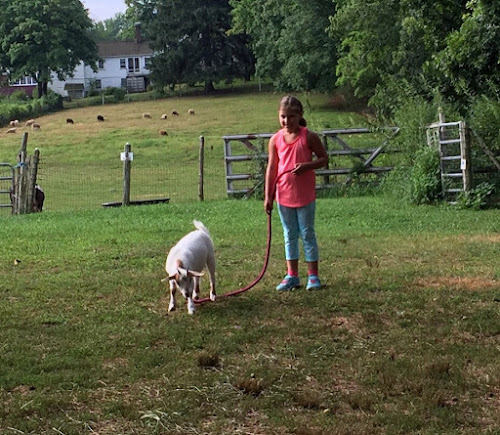 After running through the sprinkler and hanging out with Moon and Copper, she told me that she loved huskies and "Moonie." 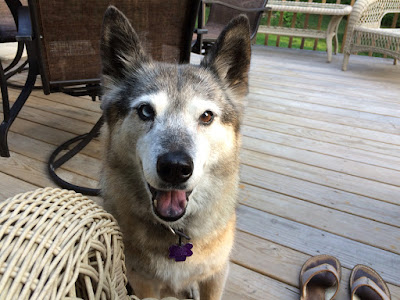 I taught her how to


while we played cowboys!

As always, I portrayed the "bad guy" who had to be tied up and put in jail, while she got to ride off into the sunset. 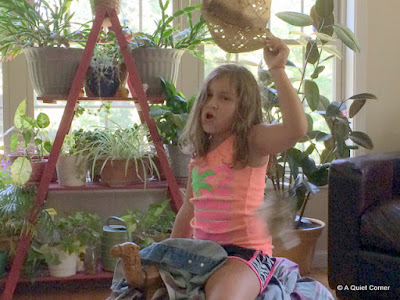 eileeninmd said…
Hello JP, it does sounds like a fun and busy week. I love the shots of your granddaughter, goat and your sweet dog. I am happy for your and the Pres getting back into a more fun routine. Thank you for linking up and sharing your post. Have a happy day!
August 23, 2015 at 6:17 AM

MadSnapper said…
this post was fun to read and i can only imagine how much fun all this was for you and your family. the beach always makes me sleepy to... wonderful photos and I love moonie to
August 23, 2015 at 8:29 AM

Ann said…
Spending time out in the fresh air does tire you out but it's always enjoyable.
Love that last picture of the little cowgirl
August 23, 2015 at 5:17 PM