Did That Really Just Happen?

Friday night began with a surprise visit from OS ("other son" who built our house).  It was so nice to see him as I opened the front door and immediately got a big hug and smile.  Stepping away and offering him a drink, the Pres was directly behind me reaching out to shake his hand.

Handing him his beer, I said, "OS, please don't be too mad at us for taking down so many trees.  We did it for solar so..."  Interrupting me before I finished the sentence, he firstly assured us he could never be angry when it comes to us, let alone saving energy.  He really didn't stay long after he slugged down his beer and looked at the yard.

As the three of us walked out to his truck and stood chatting in the driveway something unbelievable happened.

Coming from the Southeast an Osprey was being pursued by an adult Eagle.  As the Eagle gained ground, the Osprey circled above our trees near the gravel road opened it's talons and dropped it's catch then veered to the right in a Northwesterly direction.  The Eagle dove, catching the fish in mid-air and headed Southwest toward the dam.

Did I get pictures?
Heck NO!  I had gone inside to shut off the chicken and missed the whole thing!!
I'm just here to share with you and those at

But this is what the chicken looked like before... 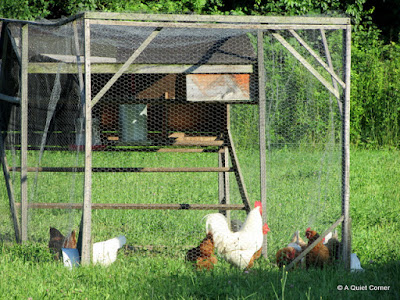 Oh, you meant did I get pictures of the Osprey and the Eagle? 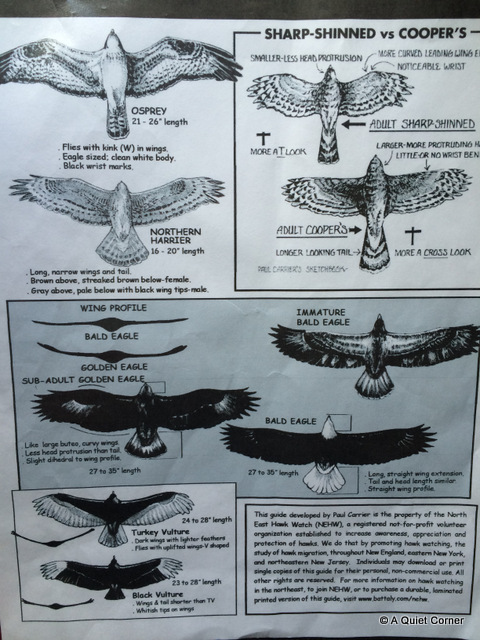 eileeninmd said…
Hello JP, sounds like an awesome sighting of the Eagle and Osprey. It is not always about the photo but watching it all take place. Have a happy day!
September 9, 2015 at 8:13 AM

Small Kucing said…
Am glad OS is okay with the chopping of the trees. Too bad about you missing on the action. Maybe next time.. :)
September 9, 2015 at 9:10 AM

MadSnapper said…
i can't believe the osprey was 'skyjacked' by and Eagle. times must be tough when the eagles have to steal their food.. what a story..
September 9, 2015 at 10:04 AM

Ann said…
Wow, that would be some sight to see. I wonder what would have happened had the osprey not dropped the fish
September 9, 2015 at 3:07 PM

Ida said…
Oh my goodness that had to have been quite something to have witnessed. Such a bummer you didn't have camera in hand but it made for a great story.
September 9, 2015 at 3:21 PM

A Colorful World said…
Fantastic sighting! I hate it when a photo op is missed, especially an awesome one like that! :(
September 10, 2015 at 9:24 AM

Rohrerbot said…
That must have been quite the site! I love those moments. Just don't cut anymore of those trees down:)
September 14, 2015 at 11:57 AM