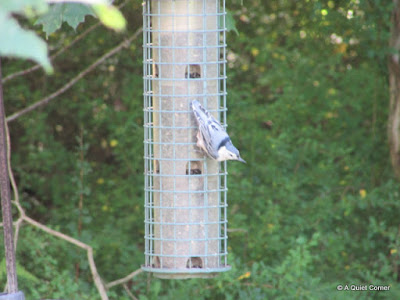 Gazing in the direction of the feeders that morning and seeing they were virtually empty with the exception of the lone Nuthatch, I wondered what was going on.   And something was definitely going on...since it remained frozen for what had to be an eternity for him.
As you can see when I took these photos, it was though the screen which impairs the clarity tremendously. 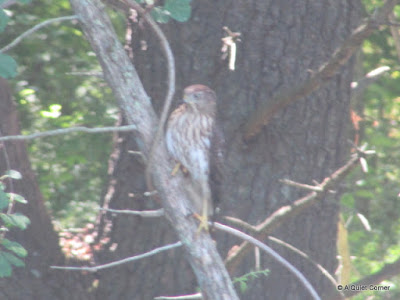 However, opening the slider and slipping the small lens through, it became clear as to  why that little Nuthatch did not move a muscle. 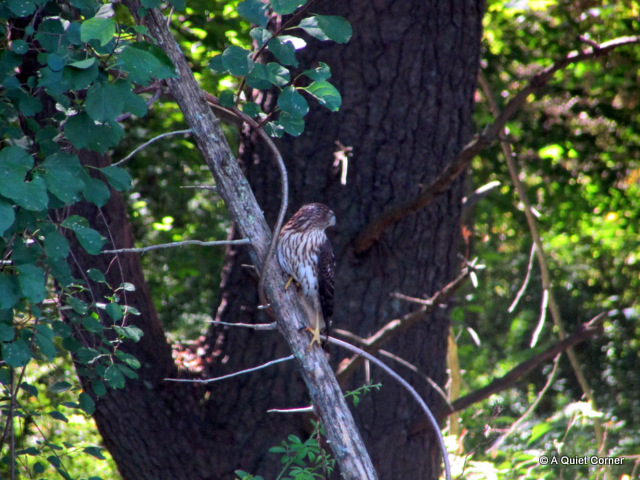 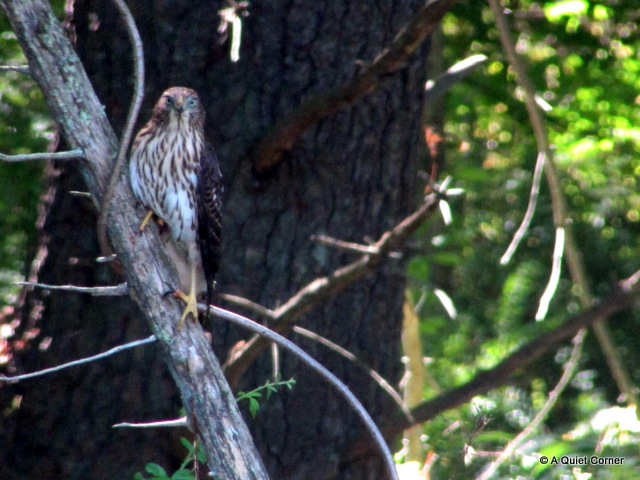 I'd Rather Be Birding

So glad I moved the feeders closer to thick cover.
And yes, the Nuthatch got away from the Cooper's Hawk...:)

E. said…
gorgeous hawk. i have seen some one around here lately that look really sad. like they need a new hairdo or something??! they are lookin' kind of old or in need of some TLC. no clue ...

Small Kucing said…
certainly looks much clearer in the last two photos
October 1, 2015 at 5:04 AM

Anne (cornucopia) said…
Wow! That is fascinating! (I never realized my bird feeder could also be used by Hawks to catch prey. Ugh.)
October 3, 2015 at 6:12 AM

Stewart M said…
Nice set of pictures - of course hawks tend to think of feeders as feeding stations for them! Its only natural!