The Bed I Almost Slept In

Anxious to get to my destination (Great Mountain Forest), I arrived early. It was a long drive yet the welcoming, dark haired, young woman with the warm smile was more than willing to show me where the bathroom was as well as bring me upstairs in the main building to the "women's dorm."

It was there that I, the first arrival, selected my bunk which was conveniently located within 15' feet of the bathroom. It would be perfect...no need to wander outside when the need arose in the middle of the night (because I am old, you know!).

So, feeling satisfied and rewarded for an early arrival by getting first picks, after claiming my space, I opened the window and headed downstairs to investigate my surroundings. 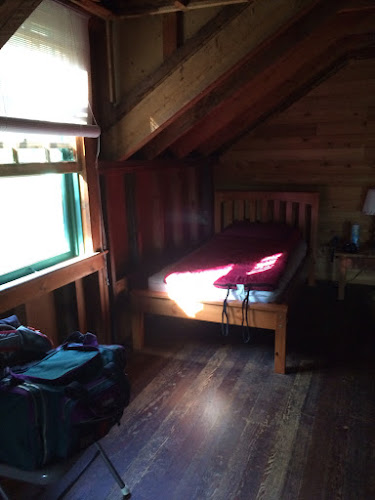 Several hours later and after many introductions to other class participants as well as the women who would be sharing my space, I headed upstairs to settle in. It was then that the project co-ordinator, a woman (who will be known as Nancy), entered the dorm.

Announcing that a late arrival had special needs, she asked if someone would be willing to forfeit their convenient location. Raising my hand immediately, to me there was no question. After all, some day I may need a little extra care and hopefully someone would give up the bed they almost slept in too.

Sharing with you and