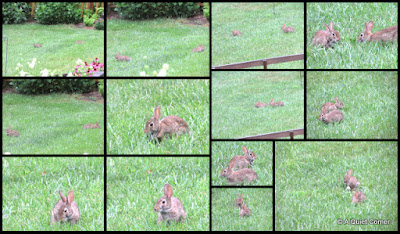 Remember the twins...the cute adorable bunnies that hung out here all Summer?

You know, the ones that ate all the Violas, Black Eyed Susans and Columbine...the ones I thought were so cute.

when I went into the woods at Great Mountain Forest, one of the classes that we attended was solely devoted to the New England Cottontail and the endeavors to bring it back.

Of course, as soon as I heard the class was about the bunnies, I thought I would share my bunny pix.

Oops...mistake...well at least according to the woman sitting next to me to immediately dismissed both my pix and me by curtly saying, "You don't have New England Cottontails where you live" in a very snippy tone. 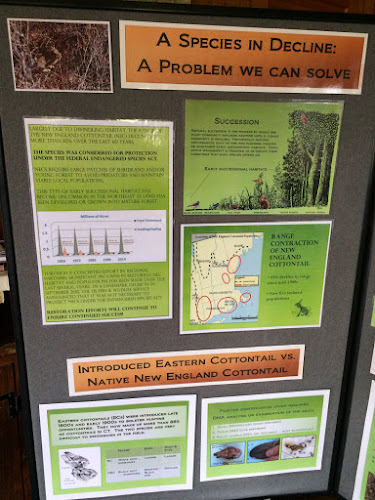 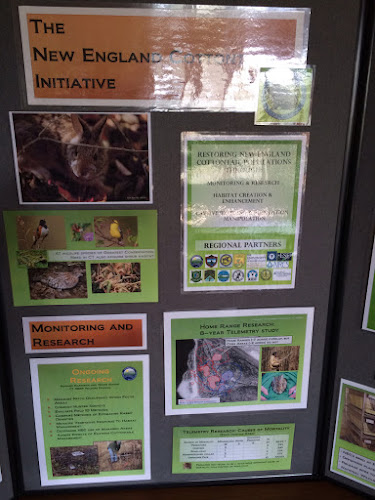 Bunnies are so adorable and that's what they were to me...bunnies.  By watching them, I learned what they liked about my yard and what they didn't, where they hid when there was impending danger and where they didn't.  And one of their favorite places was to head for the thicket of wild black raspberries that the dogs and I feasted on nearly every morning during the Summer. 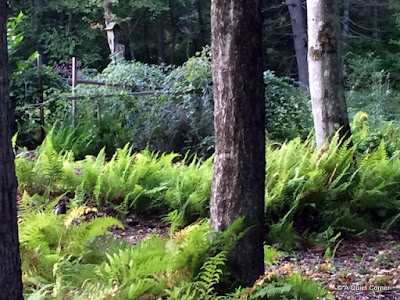 It was in that class that I learned that there are different kinds of "bunnies" and the only way they can be deciphered is by their DNA which is obtained by collecting fresh poops.  Yep, while the twins are just bunnies to me (Eastern Cottontails), there has been and continues to be, a huge effort to bring back the New England Cottontail.

Did you know that?  I sure didn't. 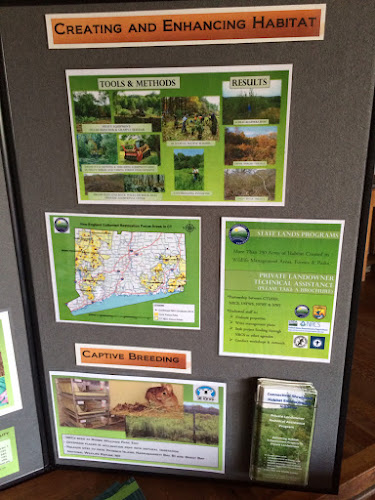 But just one more thing I want to mention.
Can you see the yellow areas of Connecticut that have had sightings and successful efforts of the New England Cottontail?  Well, guess what?  We live in one of those yellow areas...so there, Miss whoever you were!  Maybe I will get some New England Cottontails hoping through my neck of the woods after all because habitat matters!

Florida Farm Girl said…
Don't you just love folks who know everything??? (rolls eyes) I'd never have known that kind of stuff either. They're just bunnies to me, too.
October 12, 2015 at 8:59 AM

eileeninmd said…
They are cute bunnies! Thanks for sharing the info! Happy Monday!
October 12, 2015 at 9:55 AM

MadSnapper said…
to me a bunny is a bunny is a bunny and they are all adorable. people with her attitude don't need to be doing a class, but they are always the ones who do. here's wishing you those bunnies you don't have show up soon. meantime, we like the photos of the ones you do have
October 12, 2015 at 10:03 AM

eileeninmd said…
Hello, just stopping back to say thanks for linking up and sharing your post. I hope you are having a great day!
October 12, 2015 at 5:20 PM

Rambling Woods said…
How can you be snippy about bunnies? Sigh.... Habitat does matter and I try to make that come true here...Michelle
October 13, 2015 at 9:50 PM