Everything Was Right There 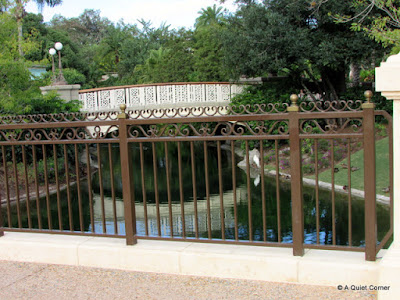 When you're in Magic Kingdom, everything...just about everything is right there.

Regardless of where you turned, there was something to occupy your mind, including a few beautiful birds! 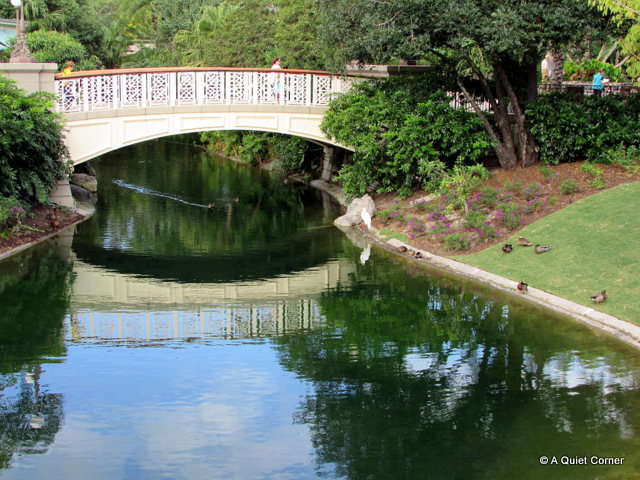 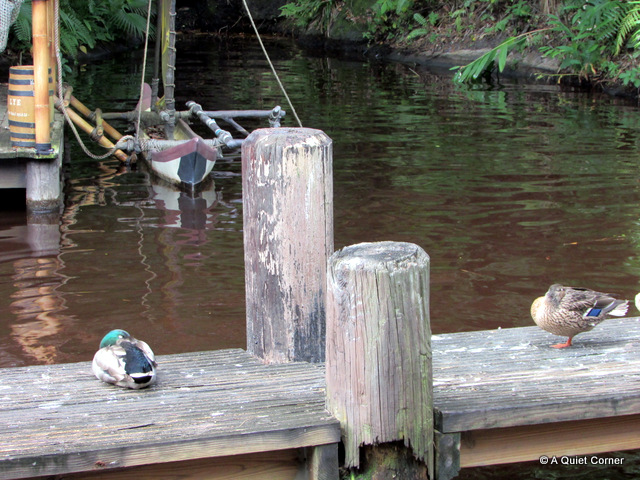 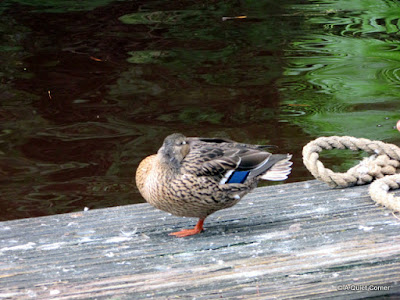 As we climbed on board the raft to take us across the river to Swiss Family Robinson's Tree House, the Mallards were as calm as could be. 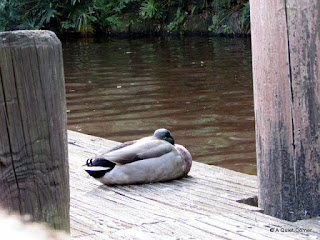 One day, while eating lunch at a small bistro, a young boy was chasing and scaring the ducks as they waddled around.

We told him to stop, asking him how would like to have someone chase you while you were eating your lunch?

He seemed to understand what we were saying, turned and skipped off while the ducks continued to look for crumbs beneath everyone's feet. 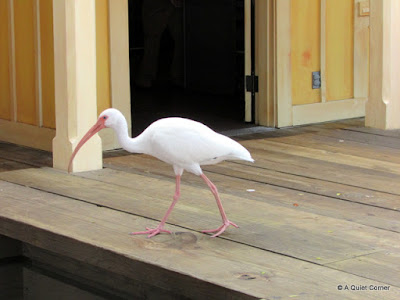 An occasional Ibis would appear in the most unusual place.  This one came out of the building to look for crumbs.

Sharing a few of Disney's birds with you and those at

Sandra said…
beautiful bridge scene and good for you telling the child about the ducks. Ibis appear here all the time, in fact this one might have been here before he was there
November 4, 2015 at 10:49 AM

Debbie said…
so many beautiful things to view there. i don't enjoy the hustle and bustle, nor the crowds in disney but there is also a lot to love about it....as you have shown here!!!!
November 4, 2015 at 11:46 AM

genie said…
The Magic Kingdom continues to grow and grow. My daddy was with the firm that did many of the plans for the original WDW....way before Epcot. I was taken there when they were paving the parking lots. You do see a bit of everything. That bridge is beautiful. You must have been in the Japan section...if there is one. I have been back since my 50 year old children were young.
November 4, 2015 at 6:47 PM

Breathtaking said…
Hello!:) I would love to go to the Magic Kingdome,...what a lovely place with lots of birds and pretty scenes to photograph and enjoy.
November 5, 2015 at 2:38 AM

Stewart M said…
I do like ducks - I would worry about people who do not!