Arriving early, my son opened the front door greeting me with,"Don't you lock your doors, Mom?" Now busily cooking the bacon, my answer was on the spot and a perfect response
"What kind of toast do you want...English Muffin, Italian or Hearty Grain?"

Meanwhile, while the bacon was draining, the Pres started the over easy eggs, perfectly seasoned with black pepper, for all of us.  "Time to eat breakfast.  Then you can put the hardtop on," I said pouring his OJ.


Breakfast filled all of us and while the Pres and my son removed the soft top from the Wrangler and replaced it with the hardtop, I stepped out on the deck for a breath of the cool crisp air.  As I inhaled and called the dogs, the familiar high pitched chirp of the Eagles came from the treeline.  First the warning, then they took flight.  The sound made me feel good...really good, giving me a sign on hope for the coming Winter.


It wasn't long after that I handed a bag of goodies to our son...a container of pulled pork, a dozen mini red velvet cupcakes with cream cheese icing, 6 chocolate chip bars and 6 granola bars from a recent recipe. Putting the bag in the Jeep, he said, "Hold on Mom, I want to help Joey do something before I take off."


And so it began. 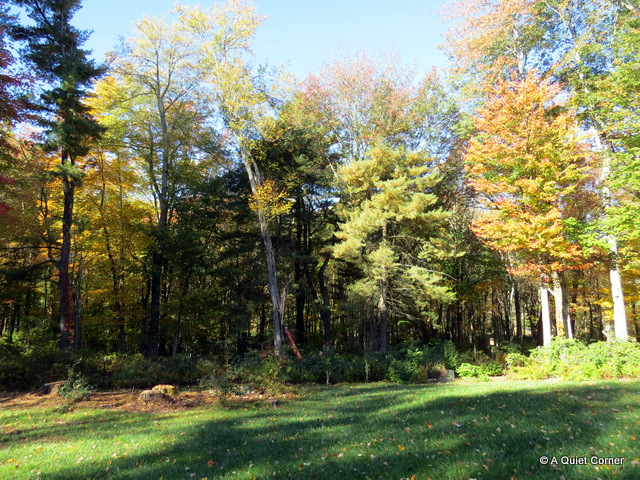 Watching them carry the extension ladder through the woods, I hollered over to them to tuck their pants in their socks in case the ticks decided to hitch a ride. 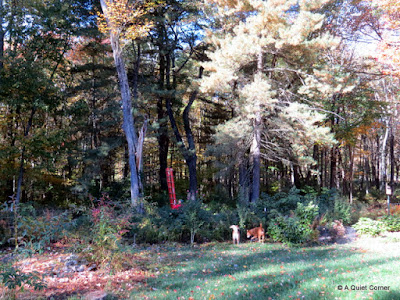 Even Moon and Copper wondered what was going on.


Oh, the Pres wanted help holding the ladder while he removed the dead limb that he's been talking about.


Well, that's what I thought anyway.  Little did I know that the Pres had something else in mind. 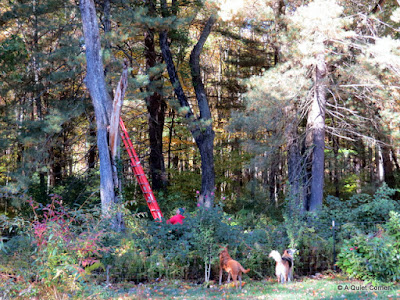 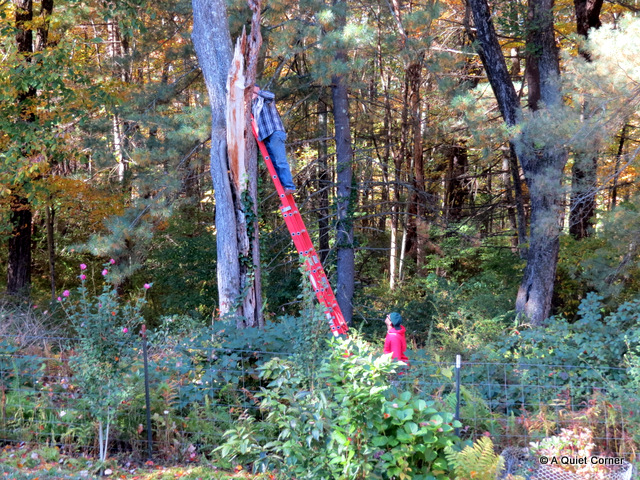 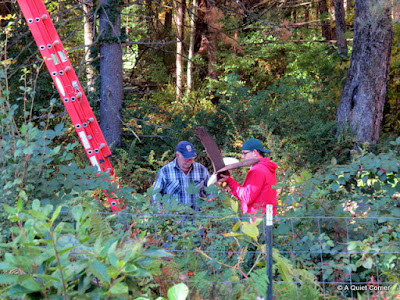 But it was when I saw my son holding the Eagle that I realized what was going on.  The Pres had finished the eye without me knowing it!

My Eagle was about to find it's perch, which I was excited about and this would be a perfect spot. 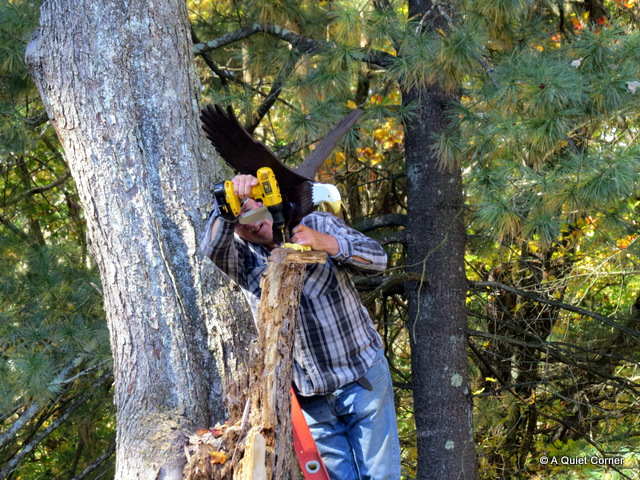 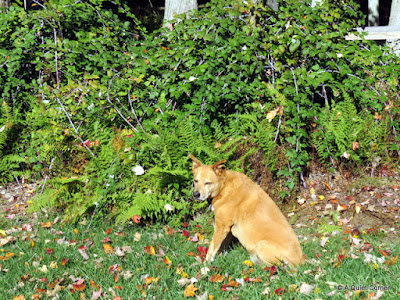 Copper, totally unimpressed and probably thinking, I'm missing my mid-morning nap for this just kept looking back at me...can I go lie down down?

And when they were finished and the ladder neatly hung where it belonged, we now could say the Winter Project was finished at last. 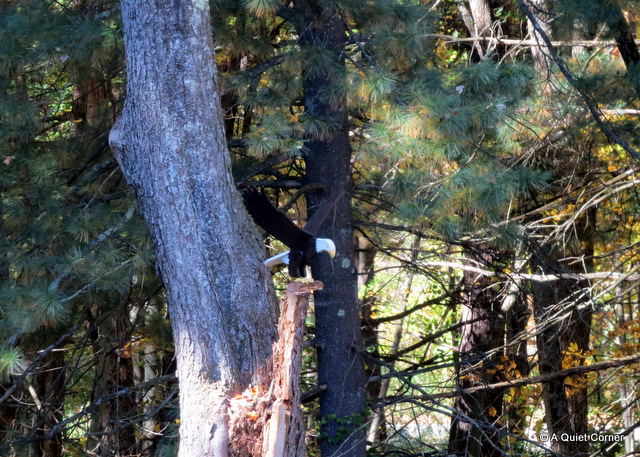 valerietilsten59.blogspot.com said…
Oh.. what a super surprise.. The Pres, has done a fine job with the eagle.
It looks great JP. I am sure some of the younger eagles will think it real at first.
You are so lucky to have eagles where you live.
Its a good feeling to listen to familiar sounds.
Your sun was well stocked to be on his way.
Who knows.. eagles may come and nest next to yours.
Happy Tuesday.
Thanks for your kind comments over at my blog.
val x
November 3, 2015 at 7:01 AM

Sandra said…
that is the perfect spot and now you have your very own eagle anytime and all the time. mine was on the roof, yours was on the ladder... gotta love these danger seeking hubby's.
November 3, 2015 at 8:05 AM

Pamela Gordon said…
Breakfast sure sounds good at your house!! That's great that the eagle 'has landed' in your tree permanently. It looks great! I hope the winter is kind to it.
November 3, 2015 at 8:33 AM

Stephanie 139a said…
That is the perfect spot - and your response is the perfect answer to any question :) #ourworldtuesday
November 3, 2015 at 2:23 PM

Jeannie Marie said…
I found you on Our World Tuesday and so glad I did. You have a gift for telling a story! What a wonderful Eagle! I opened each photo to the largest size to better enjoy them!
November 3, 2015 at 3:31 PM