My First Day Fences at Disney 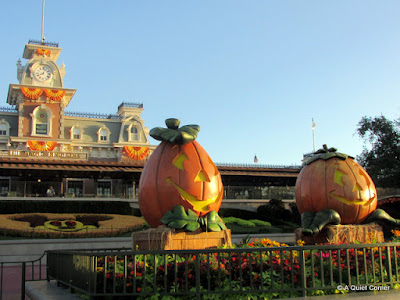 Our first full day in Disney World began with a huge breakfast at the hotel's restaurant, consisting of scrambled eggs, bacon, sausage, a Mickey Mouse waffle as well as a biscuit and homefries.  Although I gave some of mine to the Pres and Angel, I left feeling stuffed and ready.

Boarding the bus to take us to Magic Kingdom, I wondered if the others were as excited as I was to be there.  Heading to the entrance like everyone else, once inside, there we stood at Towne Square awaiting the Walt Disney World Railroad and opening ceremony.

After a few brief moments of silences, smiles were exchanged and conversations began which added more to our list than originally planned.  Yet, there we stood waiting for the performance to begin. It was then that I noticed the "fences" so... 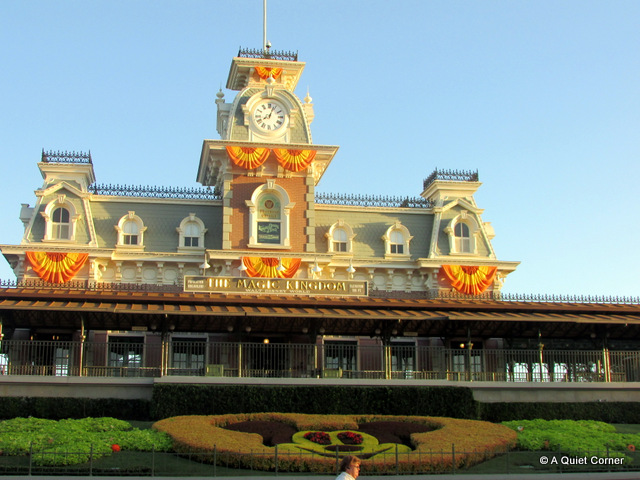 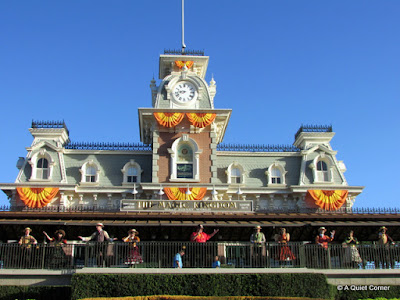 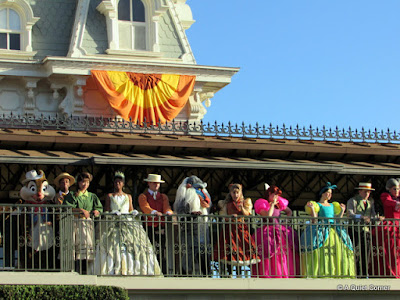 Singing, dancing done by all the Disney characters...can you see Chip (or is that Dale??, all the Princesses, Alice and even Rafiki...even Tinkerbell was there with Peter Pan!  Listening to them and keeping time to the music, we beamed and waved along with the crowd, filling the air with a feeling of fun. 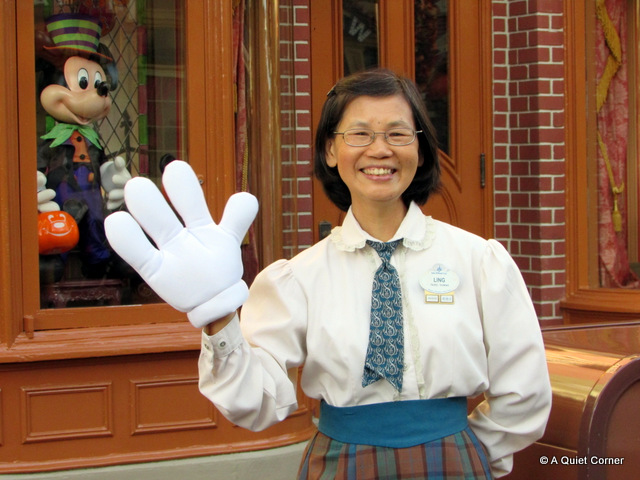 Sharing my first day fences with you and those at

Buttons Thoughts said…
Oh thank you for sharing your first day fences with us. It was magical:) Hug B
November 5, 2015 at 5:44 PM

Jeannie Marie said…
Off to a week at Disney World myself on Sunday. November is a great time to visit, the weather is so nice! When I was there in late October, I did notice the various fences and how interesting they were! There is nothing like Disney!
November 6, 2015 at 11:32 AM

Ida said…
What grand fun. I've been to Disneyland (many years ago) and how well I remember Mickey in the flowers at the entrance. This brought back some fun memories. Loving your shot with the pumpkins at the start of the post too.
November 7, 2015 at 10:54 PM