Spotting the truck in the early morning hours, I watched it carefully since there is not much traffic on the road we live on until after sunrise. Slowly it began to make it's way up our gravel road which meant I had to move quickly.

Out the door to greet Derek with a smile, an intro and a handshake, I then ushered him in, saying that "my husband will be right out." 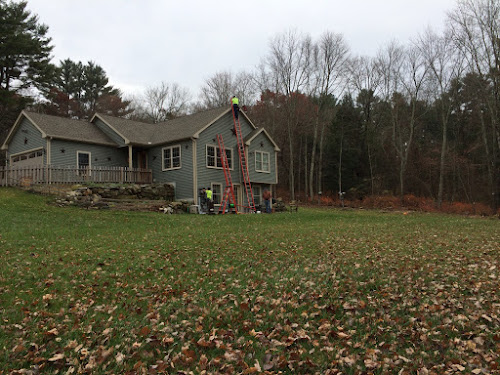 As we showed the electricians where everything was located, others arrived...trucks with ladders, trucks with equipment...an entire brigade. Wasting no time, they got to work. 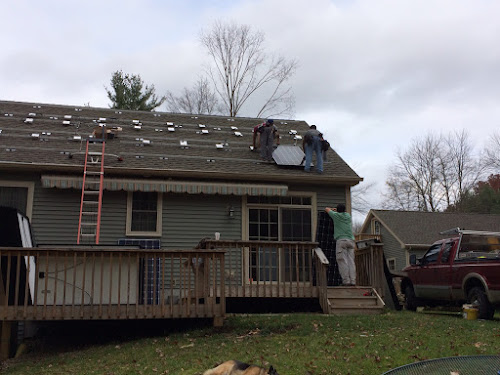 Admittedly, I was a little more than a little concerned when they began poking and prodding our four year old architectural shingled roof. It was expensive!

Yet, I was assured by both the Pres and our friend Luke with what they were doing and how, I need not be worried. 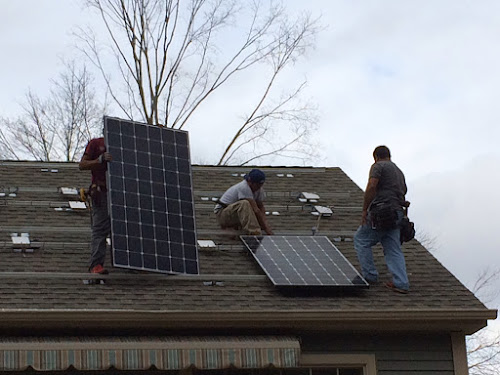 The panels only weigh about 30 pounds. Each has it's own micro-inverter which means that if one is shaded, the others produce. In other words, they all work independently. 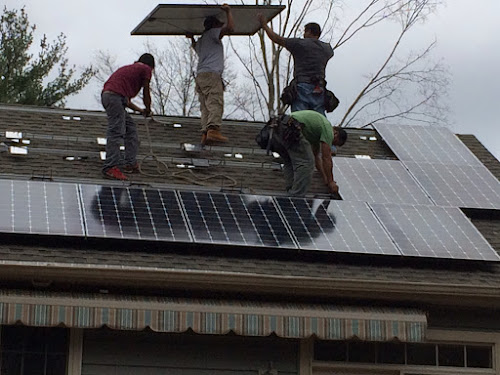 Watching the team install from the right to left, we on the ground wondered how they would get off once they all became clustered in the top left corner.

Taking the 36 ft ladder from the side of the house when they left, the electricians had left hours before. 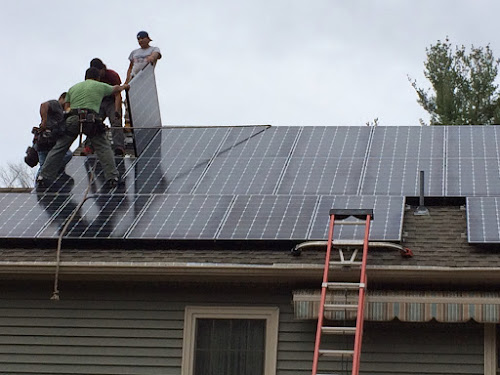 "Hey boys," I shouted out, "How are you all going to get down once you install that last panel?"

Smiling assuredly, the supervisor down on the ground not far from us, responded, "They are going to walk on the peak, then walk down the strip on the right side."

And the crew that arrived early did just that. Our installation was completed in one day. Now I'm not comparing, but the company that our neighbor's went with took three days for the install and their roof is the same size. We both used the same number of panels, although our panels are supposed to be more productive. Hopefully, they will.

The system is not "active" yet. Our local power company will remove the existing meter and replace it with the "net meter" before giving the go ahead for flipping the switch making the system "active." 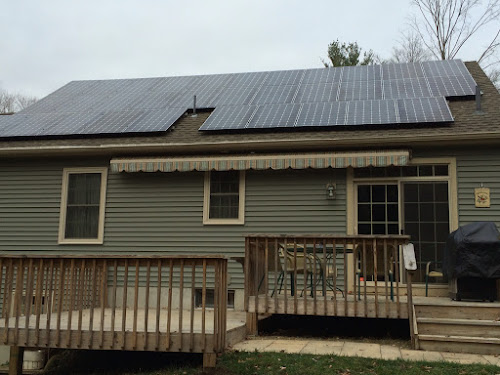 Once "active", our home will be totally "green."

Bee Lady said…
Interesting. Keep us posted on how it works out, and let us know how long it takes the power company to show up!!!!

Pamela Gordon said…
I think this is wonderful! It's something my husband would like to do. He has 2 panels on a pole wired into batteries and such for emergency power but his dream is to have a roof panelled with them. Question. What happens when you have a lot of snow in winter? We often have up to 2 or 3 feet of drifts on the westerly side of our roof.
November 10, 2015 at 10:35 AM

Texan said…
For sure keep us posted on how they do and what you think! This is something we are interested in as well!
November 10, 2015 at 2:52 PM

Ann said…
Awesome. How exciting. Always nice to have an efficient team doing the work too
November 10, 2015 at 5:19 PM