Shadows For The Small and Large

Although a few of the following pix are blurry, I hope you get the general idea of how much we enjoyed Disney World's Animal Kingdom before we went on Safari. 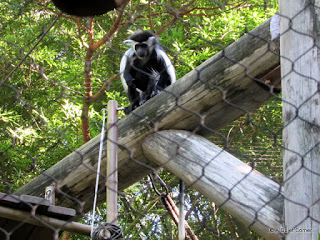 Since we had plenty of time before the Safari was scheduled to leave, we walked through the gardens.

Peering in, I could see several of these monkeys just beginning to awaken in their hammock, which I thought was just darling...an honest to goodness hammock!

However, as he (and trust me, it was a male!) came over toward the fence, one could clearly see that he needed to pee relieve himself.  When I saw just WHAT the picture showed, I decided to crop it because...well you know why. 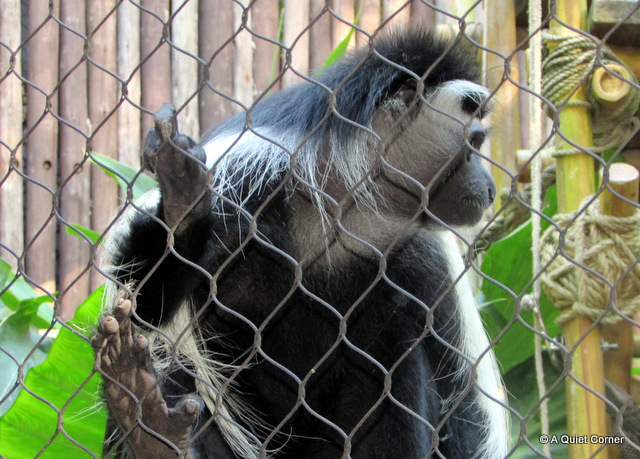 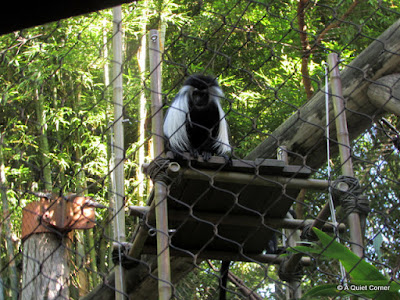 After he took care of business, he went on to pick up some lettuce and sat quietly munching away.

I felt like I was on an episode of the Discovery Channel because every corner we turned, was inspiration. 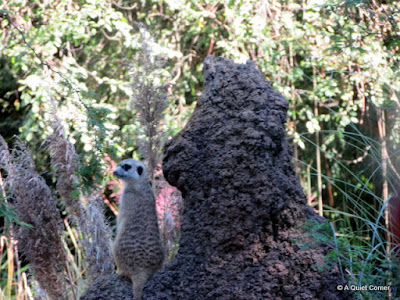 Fascinated by the Meerkats and them always looking up, I stopped to ask one of the attendants why.

"They are always on the lookout for predators."

I felt bad for the little guys...always tilting their heads upward, huddling together. 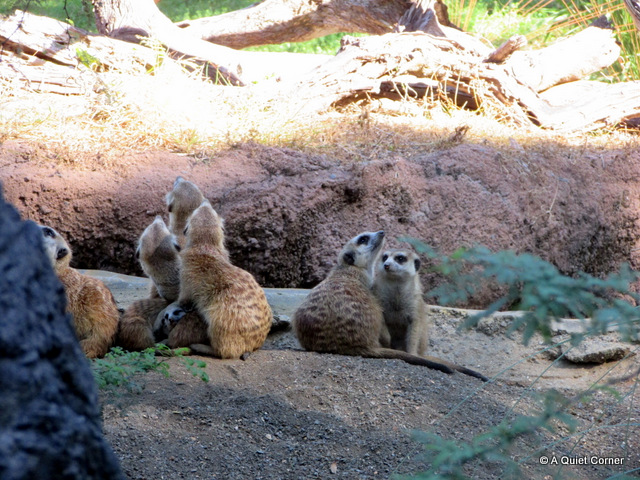 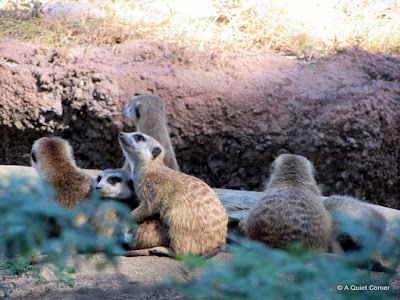 Little did I know that the reason for huddling wasn't out of fear.  Pointing toward the cluster that I'd just taken pictures of, he said, "Did you see the baby?" 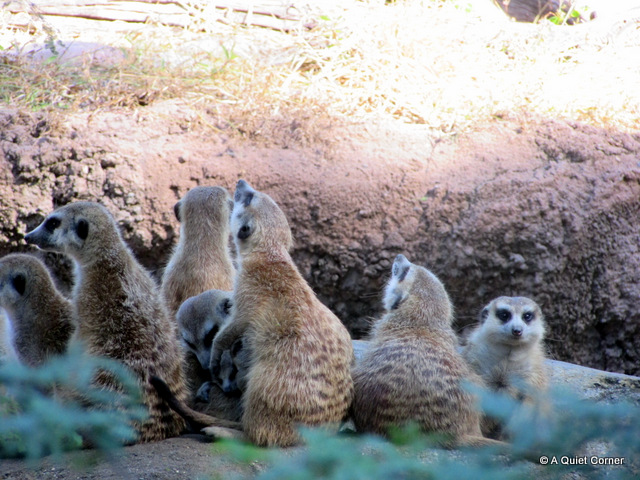 Can you see it now that I enlarged the picture?  How adorable, right?
They all gather around to protect the little one.

So now that you found the little one,
did you know:

en.wikipedia.org/wiki/Meerkat
Wikipedia
The meerkat or suricate (Suricata suricatta) is a small carnivoran belonging to the mongoose family (Herpestidae). It is the only member of the genus Suricata. Meerkats live in all parts of the Kalahari Desert in Botswana, in much of the Namib Desert in Namibia and southwestern Angola, and in South Africa.

Oh, one more thing.  We were in an enclosure as we walked.  The animals...each and every one...was FREE. 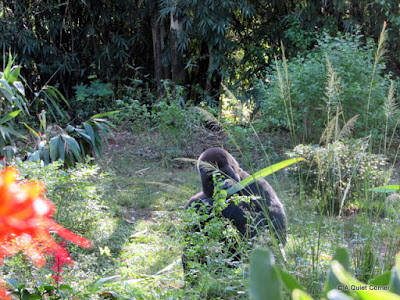 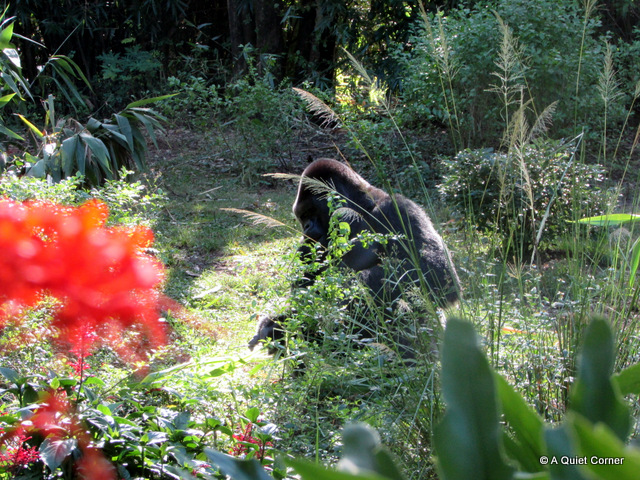 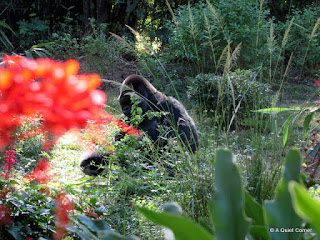 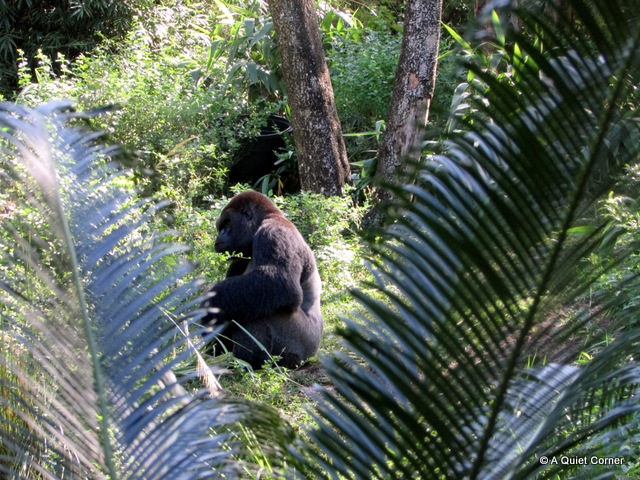 Ann said…
How fun and how awesome that all the animals were roaming free. The Meercats are cute
November 8, 2015 at 4:46 AM

eileeninmd said…
Hello JP, it is cool that the animals are all free. The monkeys are cute and I love the Meerkats. The baby is adorable. Cool captures of the gorilla, he looks big. Wonderful photos. Happy Sunday, enjoy your new week ahead!
November 8, 2015 at 6:42 AM

Bee Lady said…
As it should be! I want to go.